Federal Foreign Minister Dr. Guido Westerwelle will undertake an official visit to the Philippines on February 7-8 at the invitation of Secretary of Foreign Affairs Albert F. del Rosario.

Dr. Westerwelle’s visit is the first by a German Federal Foreign Minister in more than 12 years and reciprocates an official trip to Germany by Secretary del Rosario on December 7-9, 2011.

Dr. Westerwelle will be accompanied by officials of the German Federal Foreign Office (FFO), a 12-man business delegation and ten journalists from Germany.

During the first day of his visit, Dr. Westerwelle and his official delegation will conduct a bilateral meeting with a Philippine delegation headed by Secretary del Rosario. He will also pay a courtesy call on President Benigno S. Aquino III before he speaks in a discussion on the Mindanao peace process with representatives of the civil society. 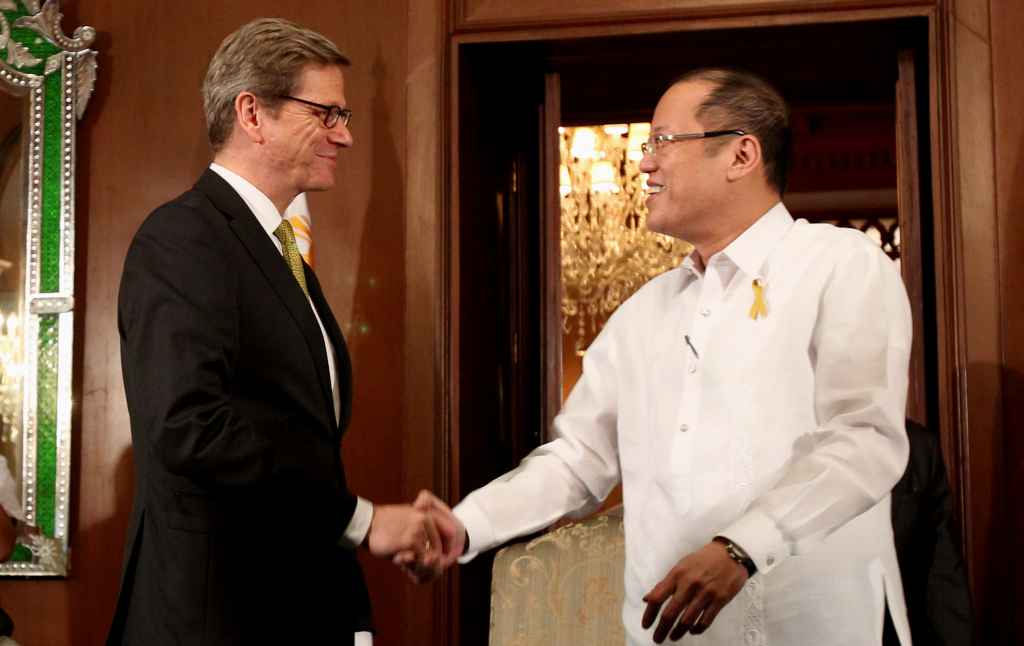 On the last day of this trip, Dr. Westerwelle will attend a business roundtable organized by the German Philippine Chamber of Commerce and Industry (GPCCI). He will also visit a German ship management company before flying out of Manila on his way to Singapore.

Dr. Westerwelle’s visit is a very strong signal of the interest of both the Philippines and Germany to further enhance bilateral relations.

Germany is the Philippines’ second largest export market in the European Union (EU) and the second biggest source of tourists for the Philippines in Europe. Germany is also a leading source of official development assistance (ODA).

Statistics from the Department of Trade and Industry (DTI) shows that trade between the two countries from January to September 2012 amounted to around $2.6 billion. END