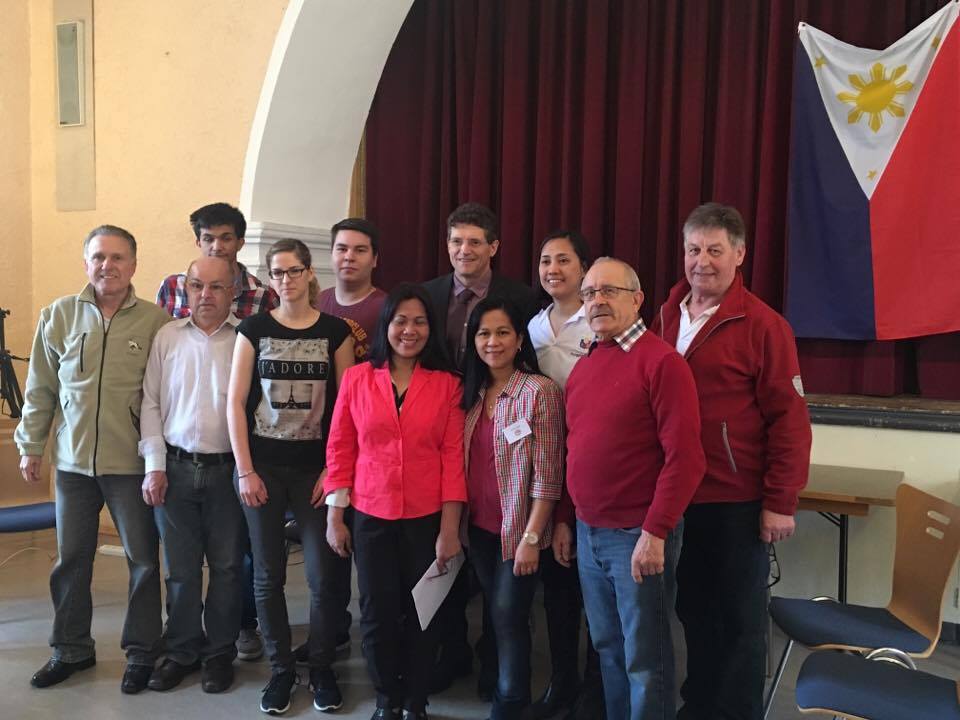 A total of 49 consular services were rendered during the 8-hour Saturday outreach, including 40 passport applications.

In addition, 32 Filipino citizens were able to register to vote for the upcoming 2019 mid-term elections.

The mission was done in cooperation with the LuViMin e.V. under the leadership of Ms. Lourdes Pfisterer.  Neudenau Mayor Manfred Hebeiß  was also at hand to show his support to the initiative.

The consular outreach, the second conducted by the Philippine Embassy for 2017, is part of the Philippine government’s efforts to bring its services closer to Filipinos living in the various German states.

Neudenau-Herbolzheim is located in Baden-Württemberg which hosts the third highest concentration of Filipinos in Germany, with about 3,400 Filipinos residing in the state.

The next consular outreach will be held in Schifferstadt on 22 April 2017.   END