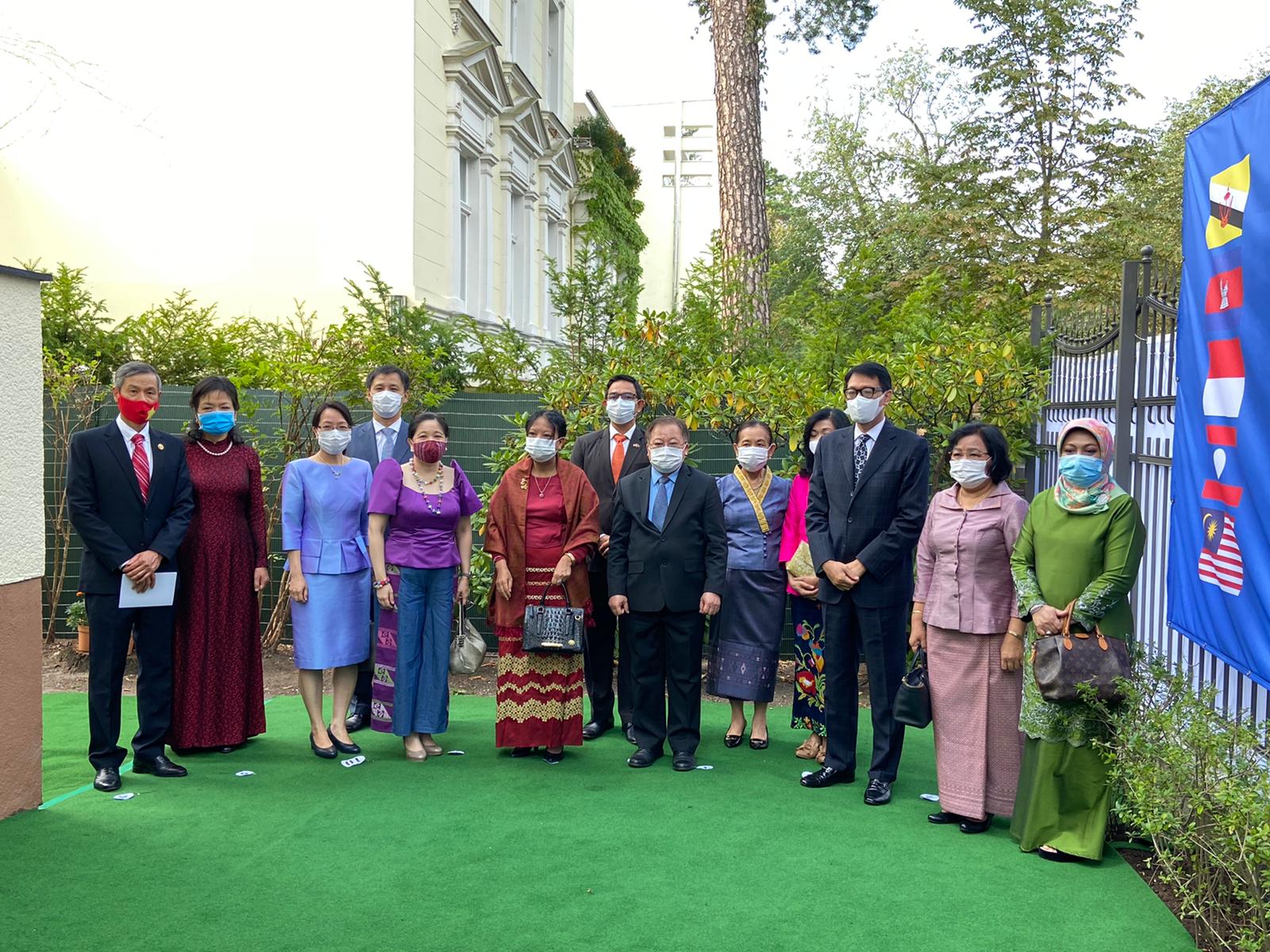 The Philippine Embassy in Berlin represented by Ambassador Theresa Dizon-De Vega and Political Officer Alvin Malasig joined the commemoration of the 53rd ASEAN Foundation Day at the Embassy of the Lao People’s Democratic Republic in Berlin on 10 August 2020.

The program included a solemn ASEAN Flag Raising Ceremony with representatives of all ten Embassies of the ASEAN member states present.

This was followed by special messages from Lao PDR Ambassador Phomma Boutthavong, current Chair of the Berlin ASEAN Committee (BAC) and Ambassador Nguyen Minh Vu of Vietnam which is the 2020 ASEAN Chair.

Both Ambassadors called on greater ASEAN solidarity as the region faces unprecedented challenges brought about by the pandemic which has affected all aspects of life in ASEAN and around the world. END 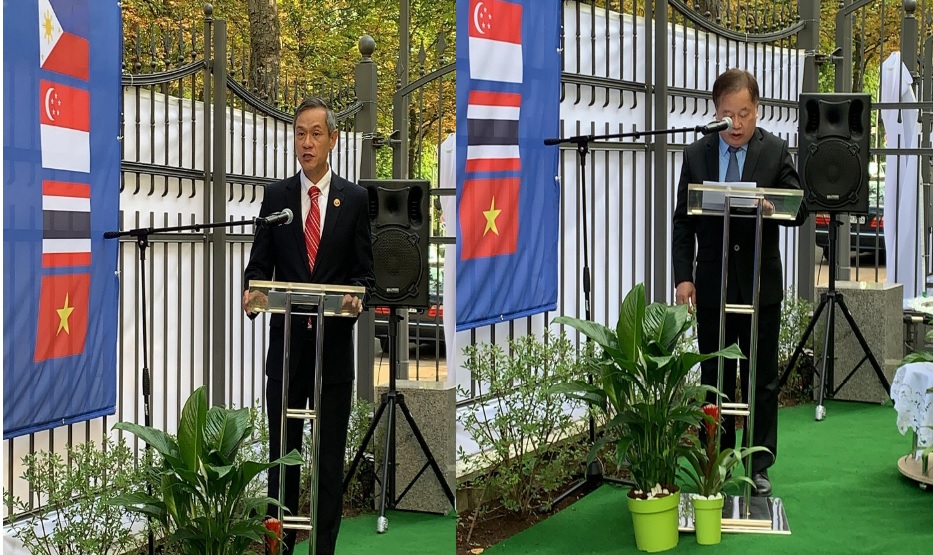