Virtualahan, WiTech founders show how youth are leading the way in digital inclusion 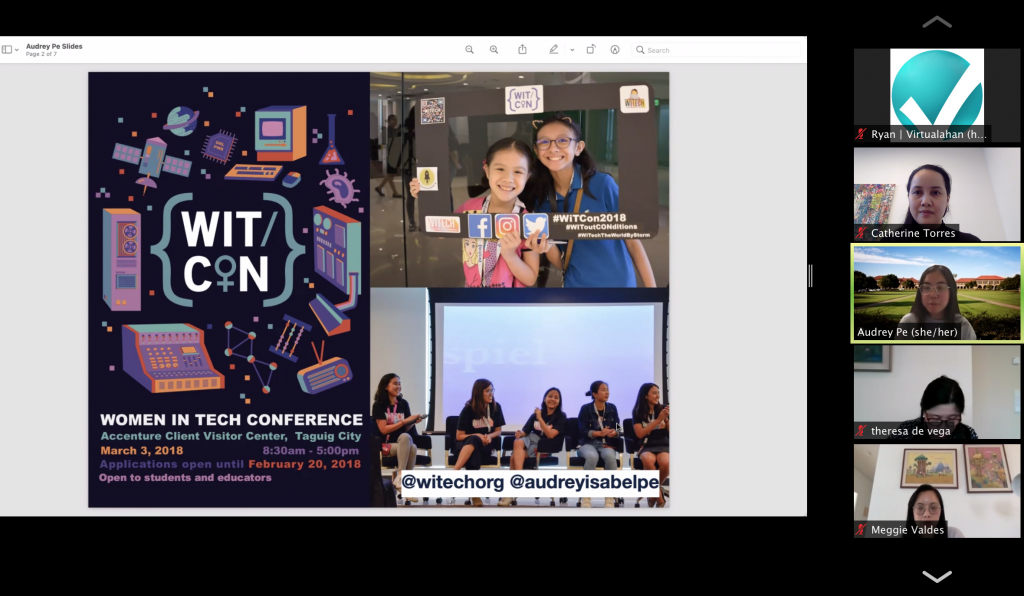 Audrey’s search for a female role model in tech spurred her to create a venture that has transformed her into a role model for other kids interested in coding.

Ryan, an Ashoka fellow, narrated his journey coming from a poor family with 10 children in Sultan Kudarat towards starting his own social enterprise, which has succeeded in providing livelihood opportunities to differently abled individuals through a combination of technical training and life coaching.

Audrey, who is now pursuing her studies at Stanford University, shared how her search for female role models as a middle and high school student keen to learn more about coding, led her to discover the gender gap in tech, and prompted her to create a platform to support other girls interested in programming.

Angel, meanwhile, talked about CurAlly’s recent Women’s Month initiative, wherein people may sponsor telemedicine consultations for women facing reproductive health and other issues, and unable to pay for their own consultation.

In her closing remarks, Ambassador Ma. Theresa B. Dizon-De Vega expressed the hope that the sharings would inspire those in the audience to do something similar. “Not necessarily along the same lines or at the same scale, but at least, to consider supporting ideas and initiatives such as theirs,” she added.

The session recording may be viewed at https://fb.watch/5ygbtINeye/.END