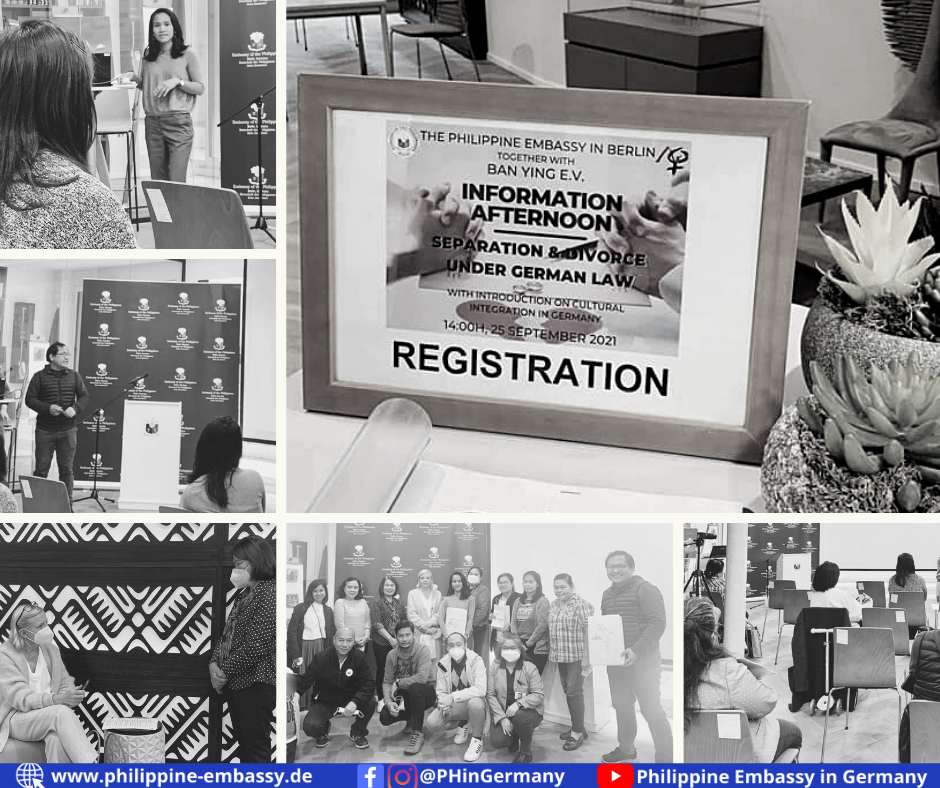 27 September 2021 – The Philippine Embassy in Berlin hosted its first Informationsnachmittag (Information Afternoon) for the year last Saturday, 25 September 2021, 14:00 – 16:30 CET on German Integration, and Separation and Divorce Under German Law. The event was held in partnership with Ban Ying e.v., a specialized counselling center which works to combat human trafficking and to campaign for the rights of migrant women especially those who experience abuse, violence  and  exploitation.

The Informationsnachmittag featured Wilfred Dominic “Wil” Josue, a former Filipino and a migration integration expert, who discussed on how one could better understand German culture and society, including relationship with Germans in the context of marriage/partnership. Mr. Josue also narrated his own  personal journey of integration in Germany.

The highlight  of the event was the lecture by  Family Court Lawyer Ms. Maria Wilken who explained the relevant German  laws and their  provisions about the rights and entitlements of women who go through separation and divorce, including custody and access to children, child and spousal support,  pension adjustment and maintenance settlement.  Atty. Wilken also elaborated on the divorce process itself, and how  it affects the migrant spouse’s residence permit.

The session was attended by the Embassy consular/Assistance-to-Nationals team  and some women-members of the Filipino community.  The topic is of high relevance, as many of  the Filipino women in Germany are married to German nationals.