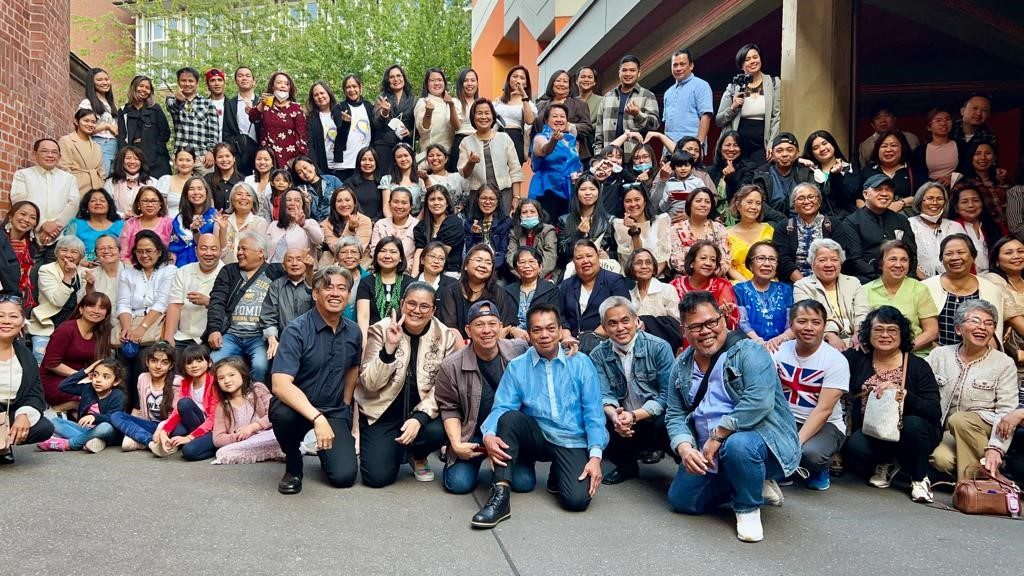 Members of the Filipino Community in Northern Germany pose for a “family photo” with the Philippine Embassy Team.

09 July 2022, Hamburg – The Philippine Embassy in Berlin held its first “Piyestahan sa Hamburg” in cooperation with the Federation of Filipino Organizations in Northern Germany (FFONG) on 09 July 2022 at the Katholische Akademie Hamburg (KAHH).

The event was an extension of the Kalayaan 2022 celebrations in Berlin and would be the first event hosted in Hamburg by the Philippine Embassy since 2019.  It  was a get-together to celebrate 124 years of Philippine Independence and,  at the same time, to provide the venue to strengthen the fellowship and the spirit of “Bayanihan” among the different Filipino communities in northern Germany.

The Piyestahan followed  the screening of and discussion on the Filipino Film “Verdict,” which narrates the story of a victim of domestic violence, a wife and mother,  who is fighting for justice.

In her remarks, Chargé d’affaires a.i.  Lillibeth V. Pono, emphasized the role of  PH women-heroes in the past,  in our struggle for independence –  like Tandang Sora, Gabriela Silang and Josefa Llanes Escoda.  She said that women of present times  should continue to play their role in nation-building and  in safeguarding  the country’s independence.

During the activity, Embassy presented the FFONG with a certificate of appreciation for their continued support of the Filipino-German community in Northern Germany and in promoting the interests of the Philippines in the region. 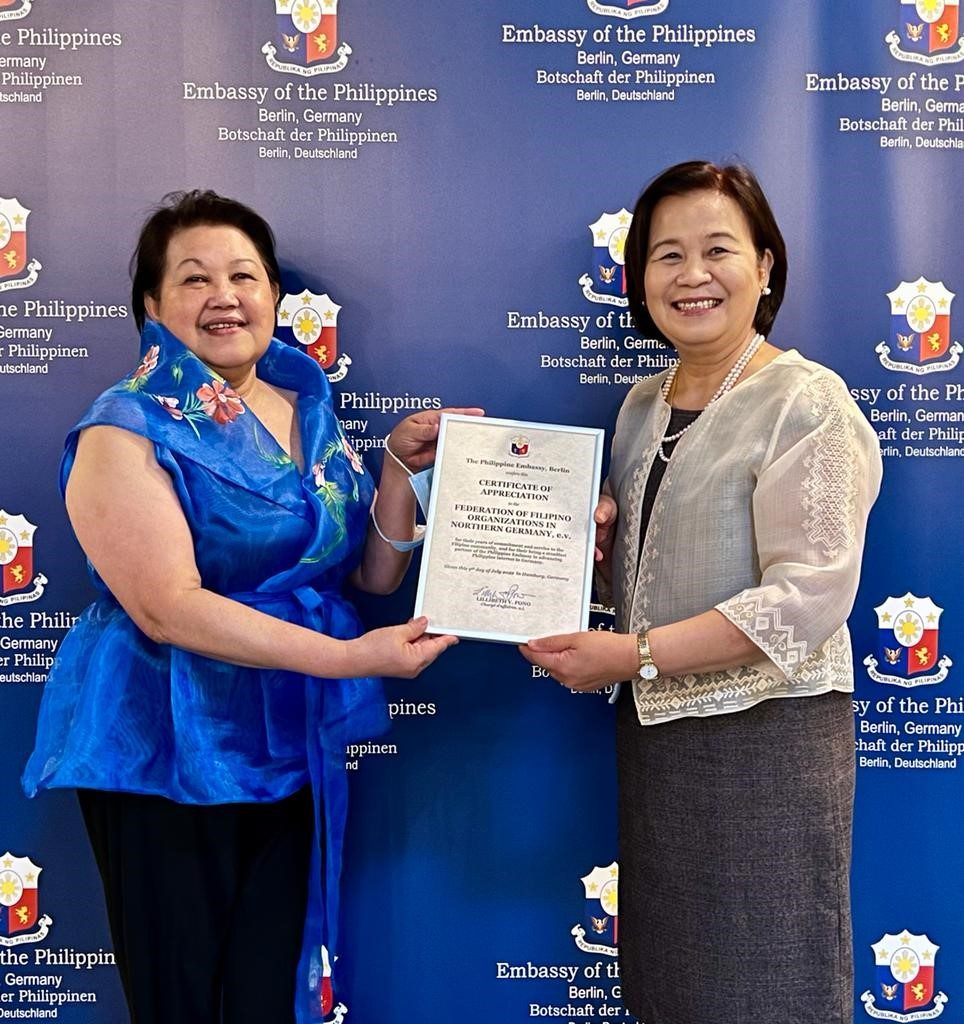 As in the traditional Piyestahan, the event was a showcase of Filipino dishes (i.e. lechon, lumpia, empanada, siopao, hopia, a  variety of Philippine desserts)  and,   of Filipino talent – as Filipino performers entertained the community with their songs. END.

Showcased were Filipino dishes and the lechon was the centerpiece.