The Philippines and Germany concluded the third and final round of negotiations on the revision of the Agreement for the Avoidance of Double Taxation with respect to Taxes on Income and Capital on 20 July 2012 at the Germany Federal Ministry of Finance in Berlin. 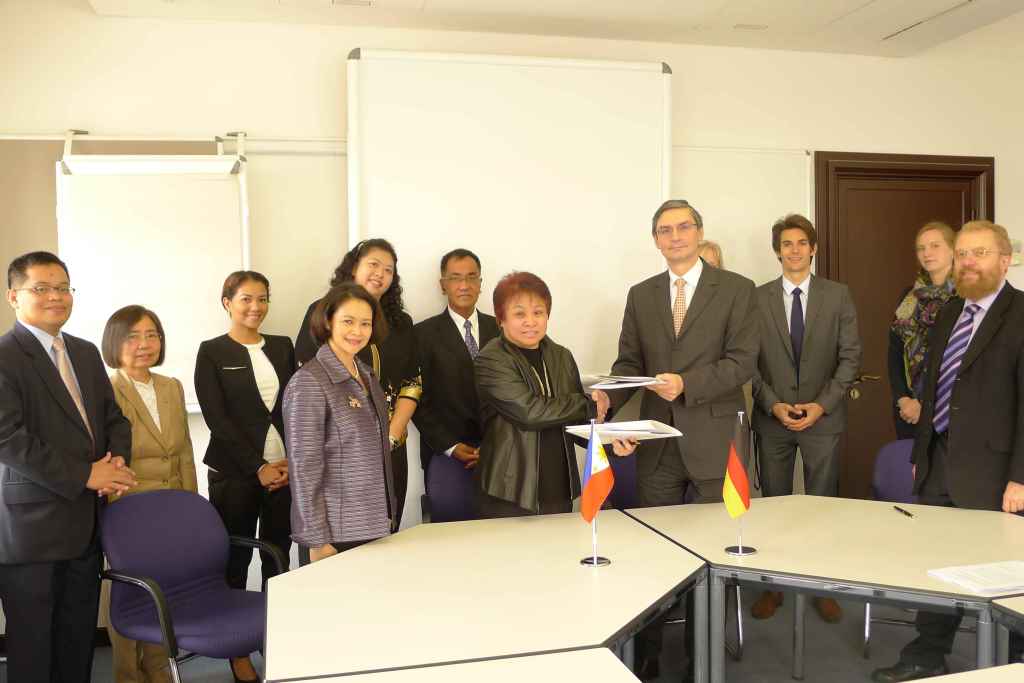 The Philippine and German delegations at the German Federal Ministry of Finance at the conclusion of the final round of negotiations on the new tax treaty.

The new tax treaty is designed to protect against the risk of double taxation where the same income is taxable in the Philippines and Germany. It is also aimed at preventing fiscal evasion and fostering cooperation between Philippine and other tax authorities by enforcing their respective tax laws. An effective international tax treaty is expected to facilitate trade and investments.

“This new tax treaty will provide German investors with certainty and guarantees in the area of taxation,” Ambassador Maria Cleofe R. Natividad reported after the successful completion of the negotiations on a new bilateral tax treaty with Germany. “It will bolster our economic diplomacy efforts here in Germany.” 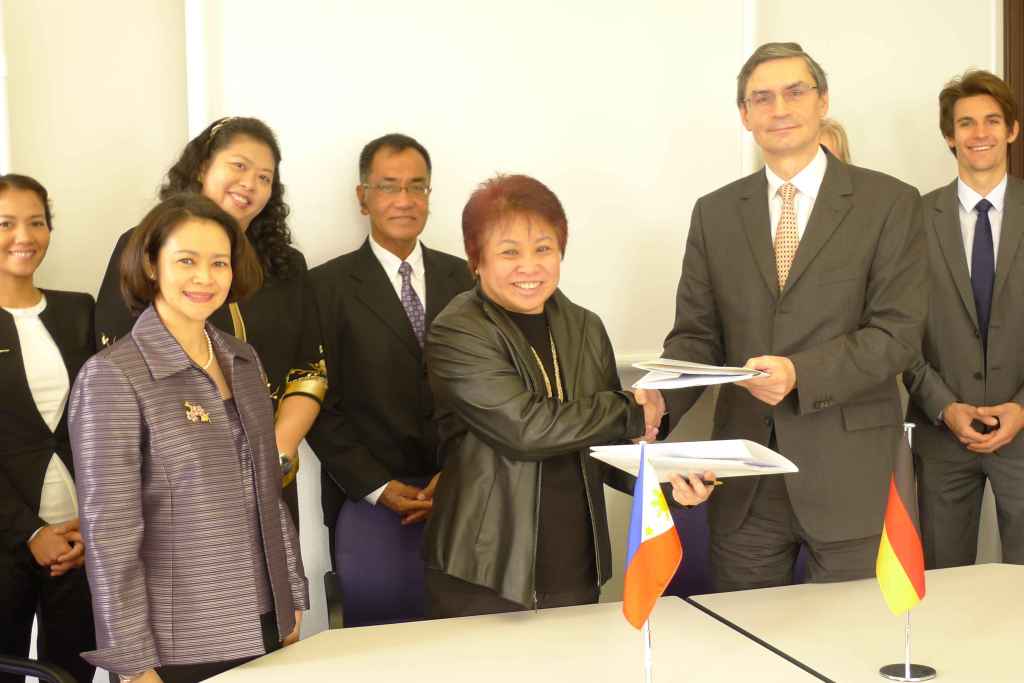 Commisioner Kim S. Jacinto-Henares of the Bureau of Internal Revenue (BIR) headed the Philippine delegation during the negotiations. The other members of the delegation from Manila were Undersecretary Carlo Carag of the Department of Finance, Assistant Commissioner Marissa Cabreros of the BIR, Atty. Charadine Bandon of the BIR International Tax Division, and Director Mersole Mellejor of the Department of Foreign Affairs.

All outstanding issues were resolved during the last round of negotiations, with both parties agreeing on the adoption of new standards in the tax treaty.

During the course of negotiations, the Philippine and German delegations agreed to ensure early completion of their respective domestic requirements for the ratification of the new treaty. The signing of the new agreement is expected to take place in Germany early next year.

Germany is a significant economic partner of the Philippines. From January to November 2011, total trade was valued at USD2.9 billion, with Germany as the biggest export market for Philippine goods in Europe. German companies in the Philippines include Continental Temic, Siemens, Lufthansa Technik, Daimler Benz, BMW, Bayer, and Bosch. – END