left photo: The frontage of the new Philippine Embassy , right photo: The raising of the wreath

The topping out ceremony or “Richtfest” of the New Philippine Embassy in Berlin, Germany, located at Luisenstrasse 16, 10117 Berlin (formerly Charitéstrasse 7) was held on 18 January 2018. The “Richtfest” is a German tradition that is traced back to the 14th century. It has two important aspects: one, it signifies that the raw construction and the roof have been
completed and the roof tiles will soon be installed. The other aspect of a Richtfest is that it a gesture of thanksgiving to all the people who have been involved in the construction of the building, such as the carpenters, masons, the laborers, the site manager, the architects and the engineers.
The program was opened by the project manager, Ingo Lindner, who thanked those who participated in the construction of the building and acknowledged their good cooperation with the Philippine Embassy. He expressed gratitude that the construction proceeded without accidents.
Mr. Lindner’s speech was followed by architect, Florian Hoyer, who described the complicated design of the building since the property was not a plain square or rectangular, but had many corners and edges.
Ambassador Melita S. Sta. Maria-Thomeczek expressed appreciation to everyone who participated in the purchase and conclusion of the turnkey project. She gave a brief history  of how the building project was realized starting from the efforts of acquiring a historical building at Jägerstrasse which used to be the residence of Jose Rizal until the current property was found and acquired. 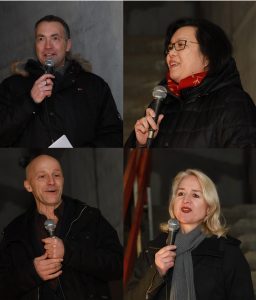 The head of the Southeast Asian Section of the Federal Foreign Office, Stefanie Seedig, in her speech, thanked the Embassy “for picking up the German tradition of celebrating a Richtfest, which marks a special moment in the construction of a new building.” Furthermore, she cited that, “a new building is always a big investment. If the new building happens to be an Embassy, it additionally carries a political message. With this building, the Philippines are investing in our long-standing, friendly and fruitful bilateral relations. Together, we have built a solid foundation for cooperation – be it bilaterally on business and culture or be it multilaterally in bringing forward joint solutions to global challenges such as climate change. This new house will provide ample space in both the literal and figurative sense. It will be the bricks-and-mortar structure for your daily work and the stage for further expanding our cooperation and for coming closer together as partners. I am hopeful and indeed confident that this house will foster the friendship between Germany and the Philippines.”
Before a green wreath was hoisted to the level of the top roof to symbolize the “topping” phase of the project, the mastercarpenter thanked and praised the builder and asked for God’s protection for all, including the builders, owners, and future occupants. He then tossed a glass of champagne and threw it against the construction, breaking the glass. The broken glass was believed to signify happiness for the occupants of the building. The ceremony ended by flying the wreath to wish the building good luck, blessings, and protection. A buffet was opened after the ceremony. About 80 guests were present at the event. END 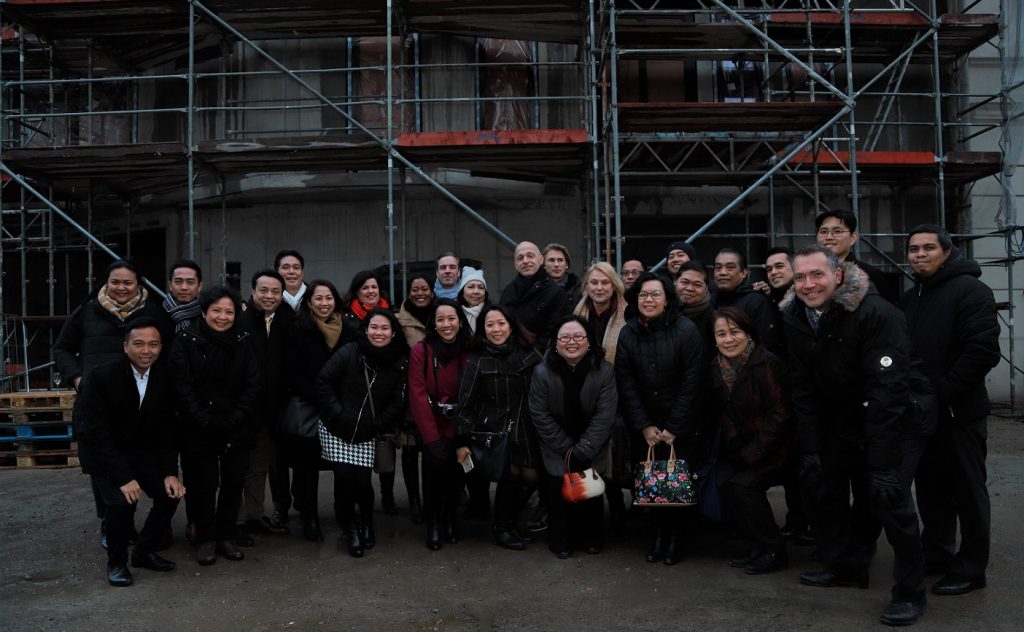 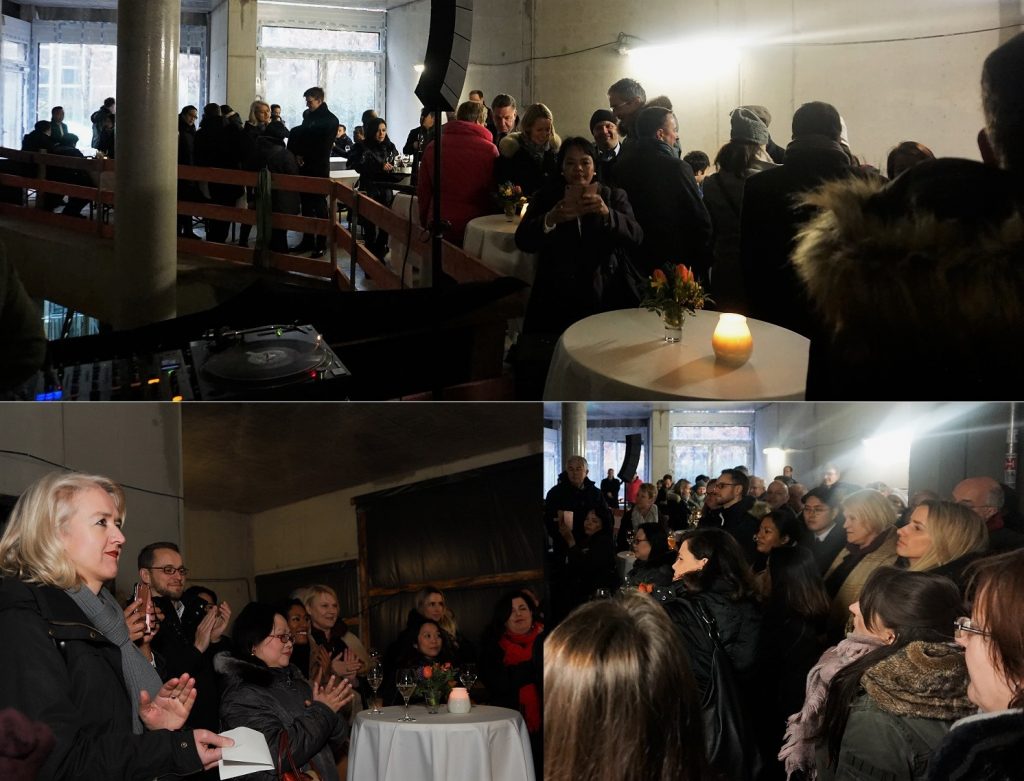 Guests celebrate at the future foyer of the Embassy