In Hamburg, Ambassador Melita Sta. Maria-Thomeczek graced the Sinulog celebration at the Kleiner Michel Catholic Church where Filipino community groups in bright costumes and carrying images of the Sto. Niño danced to the beat of Sinulog parade songs.

Filipinos from all over northern Germany flocked to Hamburg to join in the festivities.

The Ambassador thanked the community for being a constant inspiration to her and the Embassy Team in the performance of their duties, and encouraged the congregation to see the goodness of the Lord in everything.

The event also gave the Filipino community in Hamburg the opportunity to pay tribute to Ambassador Thomeczek and bid her farewell as she winds up 27 years of dedicated service as a Filipino diplomat.

At the Church of the Holy Ghost in the German capital, Berlin, young Filipinos and Filipino-Germans in their Filipiniana finery, most of whom were born and raised in Germany, carried on with the tradition of Sinulog dances. 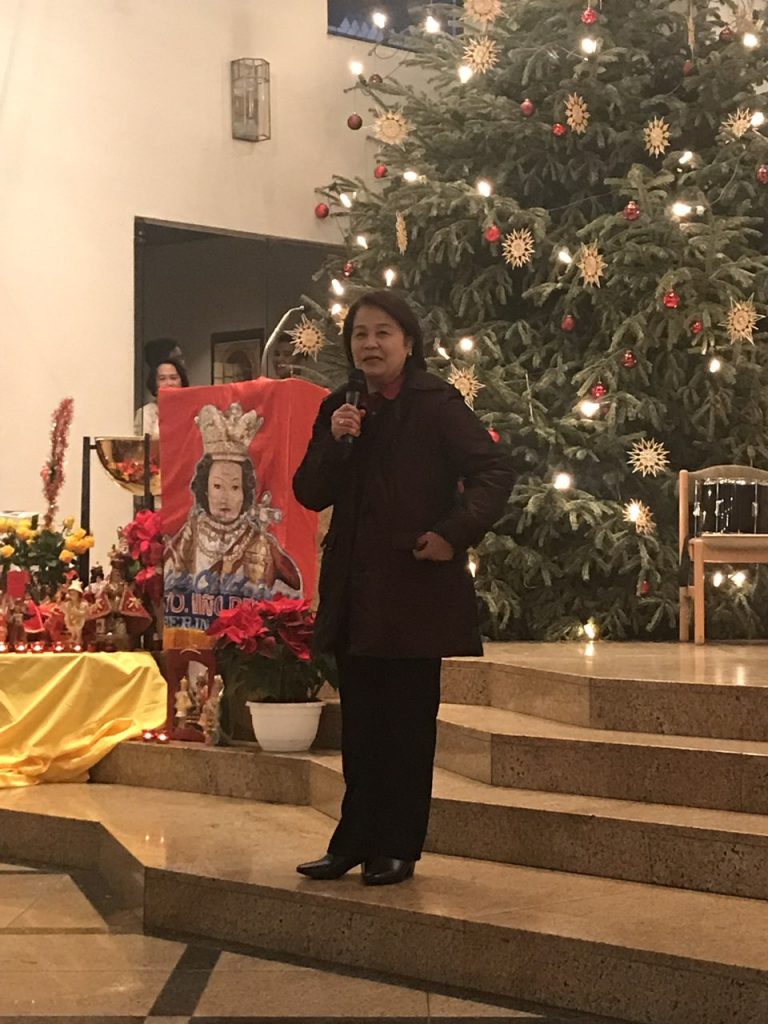 Ms. Pono addresses the congregation at the Church of the Holy Ghost, Berlin.

Taking inspiration from the Cebuano song, Batobalani sa gugma (magnet of love), Ms. Pono encouraged the devotees of the Sto. Niño to allow their faith to bring out the best in them, and to contribute to the betterment of their respective communities, their native land, and their adopted home.

The Eucharistic celebrations and dancing in both cities were followed by a hearty Filipino meal shared by members of the congregations. 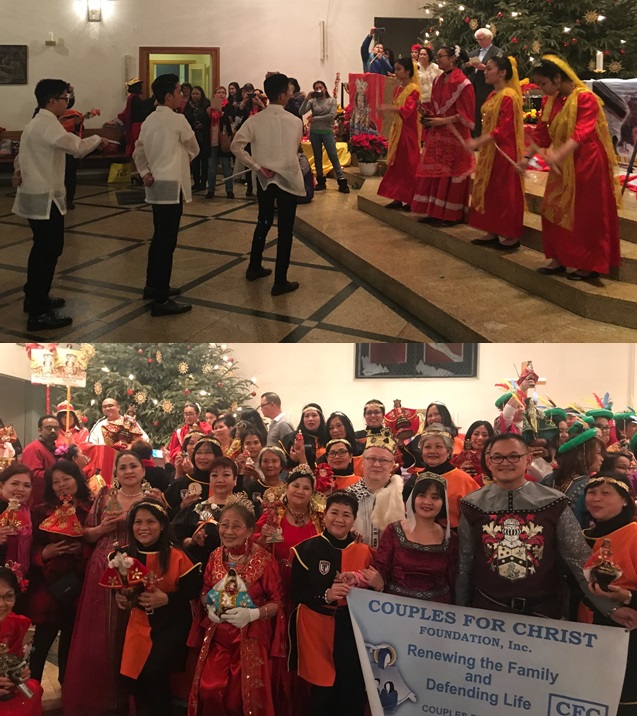