(Dr. Axel Neumahr (center, back), Honorary Consul for Baden-Württemberg, together with the 14 new Triple Win Filipino nurses accompanied by Ms. Cerelina Ernst (front row, right), Head of Caregivers at “Haus am Kappelberg”, one of the 19 facilities managed by the Wohlfahrtswerk für Baden-Württemberg.)

The nurses who arrived in Germany last February 7, are currently undergoing further caregiving qualification training and language courses under the supervision of Wohlfahrtswerk für Baden-Württemberg, the hiring German institution. After the training’s conclusion on March 23, the nurses will be assigned to various facilities within the region.

In his welcome message, Dr. Neumahr congratulated the nurses for passing their qualifying exams in the Philippines and for making it to Germany. He expressed optimism that the nurses could very well perform the tasks expected of them with the skills that they learned in the Philippines and Germany, complemented by Filipinos’ innate ability to learn the German language quickly. 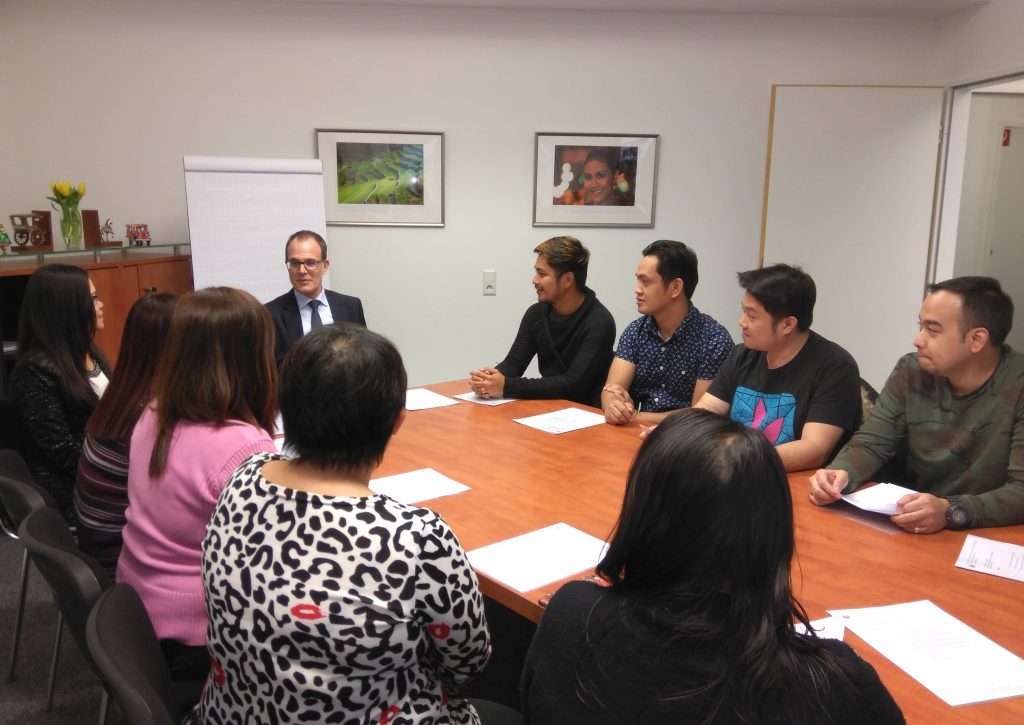 The event included an open discussion which gave the nurses an opportunity to share their personal and professional concerns. They were also reminded about the challenges at the workplace and to exercise professionalism at all times, particularly in dealing with their employers, patients, and the general public.

Dr. Neumahr encouraged the nurses to give themselves sufficient time to adjust to their new environment while building a support system, not only from among their fellow Filipinos but with other nationalities as well.

The Honorary Consulate prepared some Filipino food, much to the delight of the nurses who admitted that they have been missing “Pinoy” food since they arrived in Germany.

The Triple Win program is a bilateral diplomatic project between the Philippines and Germany which started in 2013.  Under the program, the Central Office for Foreigners and Specialists’ Placement Service (Zentrale Auslands- und Fachvermittlung or ZAV) of the German Federal Employment Agency and the German Association for International Cooperation (Gesellschaft für Internationale Zusammenarbeit or GIZ) are recruiting qualified nurses from the Philippines, Serbia, Bosnia-Herzegovina and Tunisia for nursing and elderly care facilities. The program helps address the needs of Germany’s healthcare sector while providing job opportunities for participating countries. END 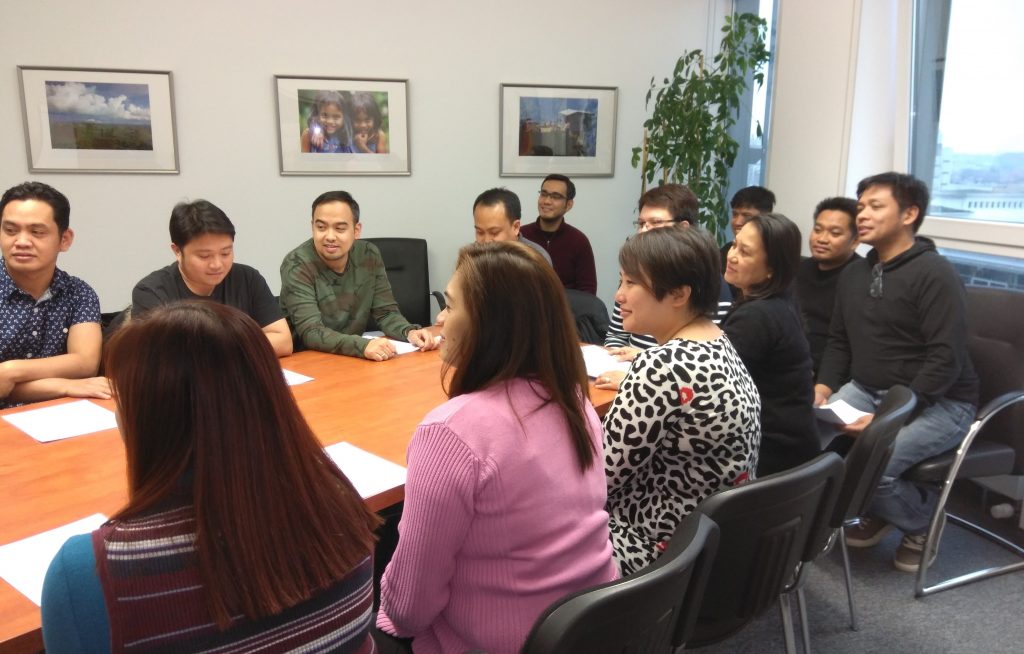