The Philippine Embassy in Berlin organized a talk on “Relationships and Psychological Wellbeing” by prominent Filipino psychologist Dr. Margarita Go-Singco Holmes on 9 August 2018 at the Embassy’s gallery. More than 30 guests attended the activity, including Post’s personnel. 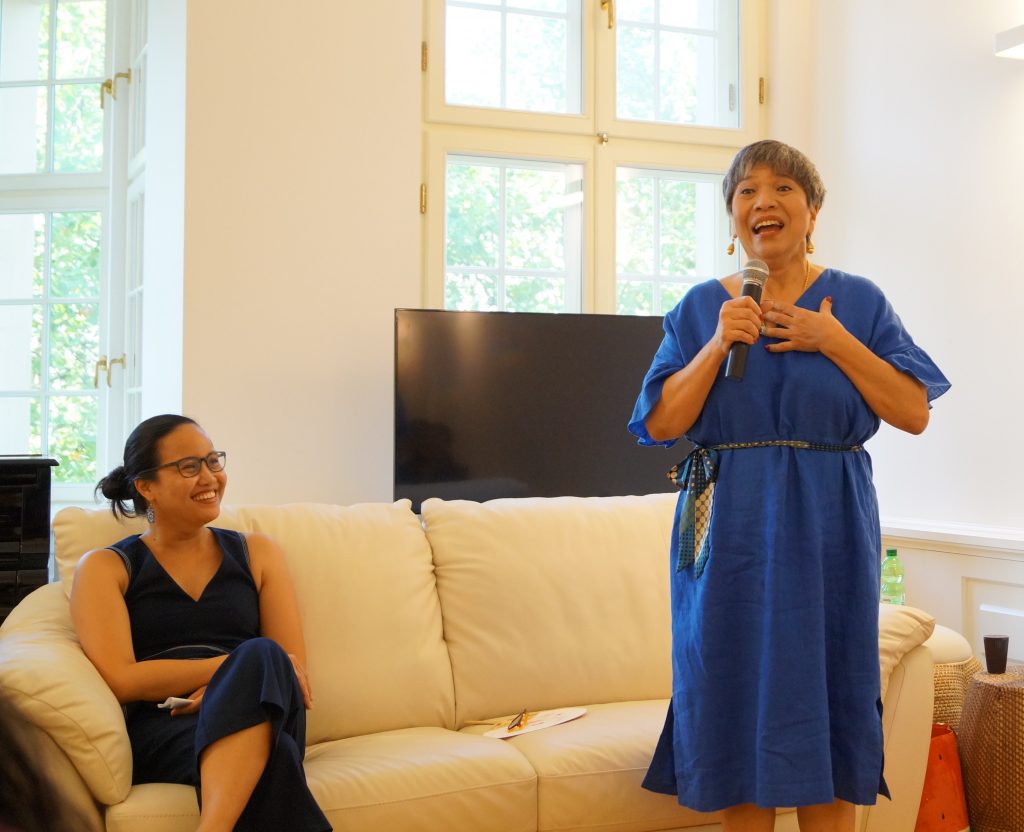 The activity was held under the banner of Post’s Gender and Development (GAD) and Understanding the Philippines through Lectures and Interviews with Filipinos in Town (UPLIFT) programs.

Dr. Holmes offered insights and answered questions on the topics of love and marriage, sex and attraction, and mood-affective disorders. She said that human beings’ “romantic” feelings and choices are often driven by genetic and biological factors.

These factors are not immutable, Dr. Holmes added. For instance, women’s increasing participation in the work force has led to their financial empowerment and lessened their reliance on men to protect and look after them, something that has traditionally influenced women’s choice of partners. At the same time, however, biological and genetic changes tend to happen on an evolutionary time scale so it is difficult to be entirely free from their sway. 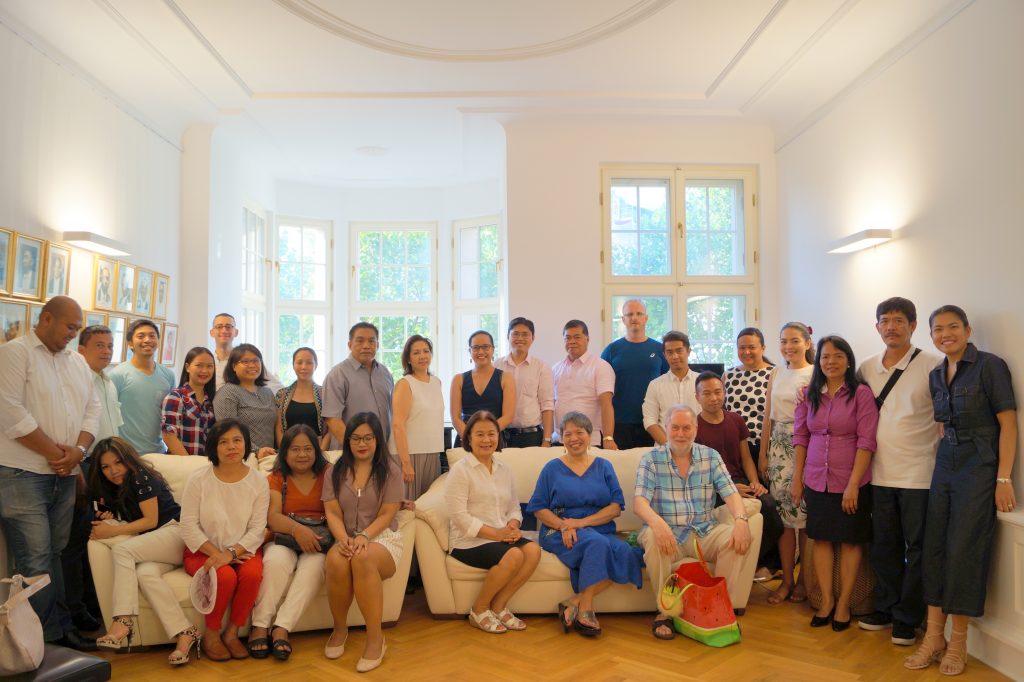 The audience, led by Charge d’Affaires Lillibeth Pono (seated, third from right),
Pose with Dr. Margie Holmes and her husband, Mr. Jeremy Baer, after the talk.

Dr. Margarita Go-Singco Holmes obtained her BA degree in Psychology from the University of the Philippines, a Master of Public Health from the University of Hawaii in Manoa, and a Doctorate in Philosophy in Clinical Psychology from Ateneo de Manila University. She has taught in universities in the Philippines and abroad, has hosted her own TV show and published several books, and regularly writes columns for newspapers and online media. (end)