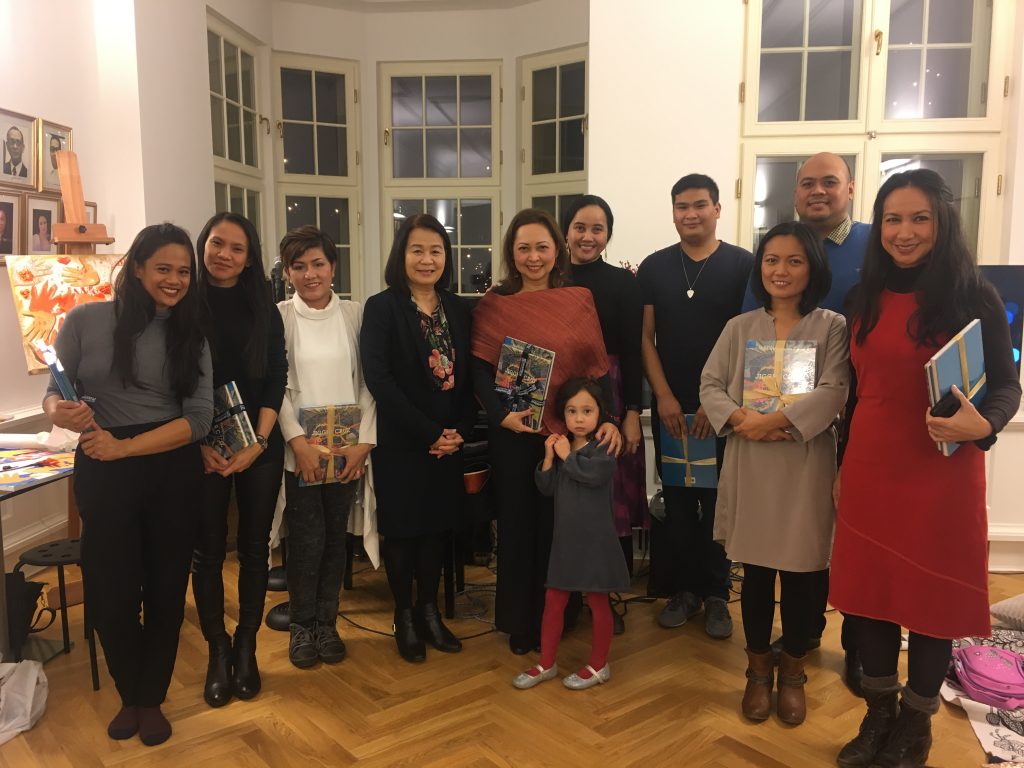 The Philippine Embassy in Berlin, in partnership with Berlin-based Filipino talent pool TALENTO, hosted a cultural evening entitled “Alab: Take a Bow against VAW (Violence Against Women)” on 12 December 2018, the final day of the 18-day Campaign to End VAW celebrated across the Philippines.

In her opening remarks, Chargé d’Affaires Lillibeth V. Pono cited a Philippine Statistics Authority survey in 2017, which revealed that up to 1 in 3 Filipino women has experienced physical, sexual, or emotional violence committed by their husband or partner. In line with the theme of this year’s campaign “A VAW-free community starts with me,” she gave examples of what we, as individuals, can do to help combat the VAW epidemic. She highlighted the power of art to counter the blunt force of violence. 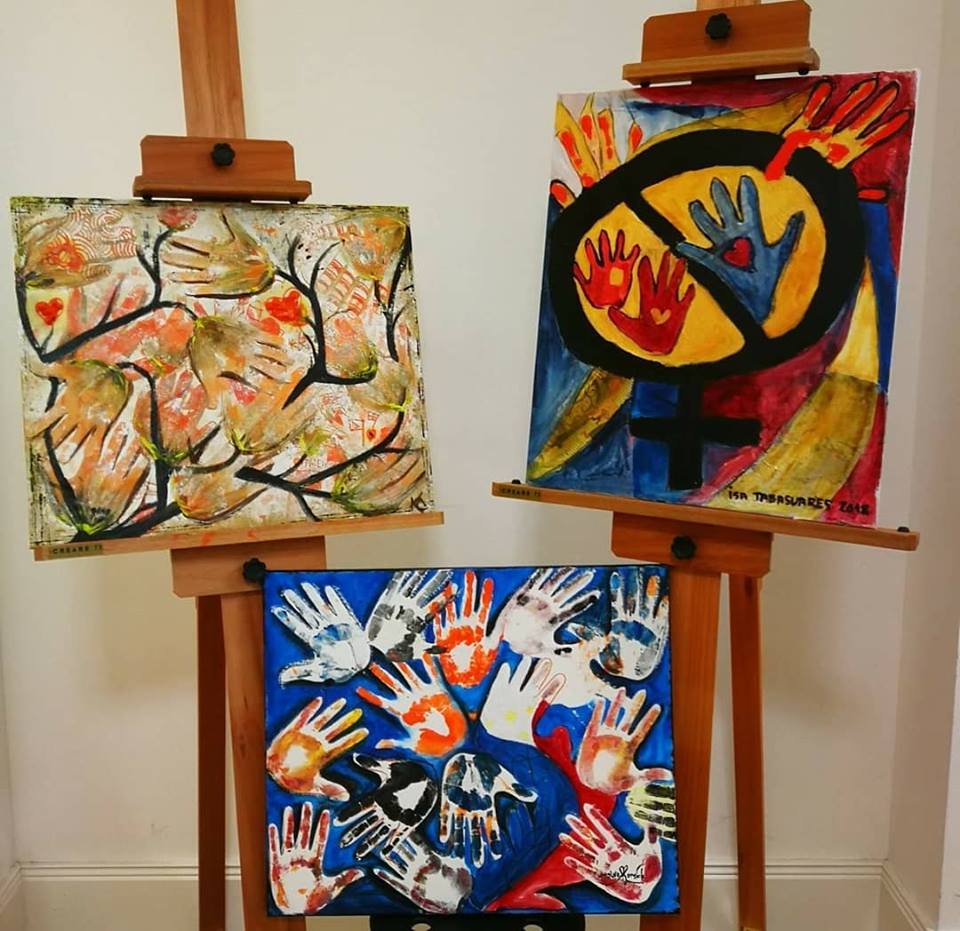 These artworks were made by three Berlin-based Filipino women artists from the TALENTO group as part of the Embassy´s campaign to end VAW. Ms. Rowena Borsisch, Ms. Isa Tabasuares, and Ms. Krisanta Caguioa-Mönnich improvised on canvases bearing the hand prints of the Embassy´s consular clients and turned them into statements against VAW.

Afterwards, the audience, composed of Filipino graduate students, young professionals and second generation Filipino-Germans, as well as their German and other foreign friends, were treated to a sumptuous Filipino salu-salo. The Embassy conducted a trivia game on important Filipino women in history and current affairs after which the mic was opened for performances by the guests.

“Alab” documentaries and artworks may be viewed at the Philippine Embassy on Mondays to Fridays from 9am to 4pm until 28 December 2018, except on holidays.  END