MUNICH, Germany (18 February)  – Secretary Teodoro L. Locsin, Jr. received a rousing reception from members of the Filipino-German community in Munich during a town hall meeting at the Maritim Hotel on 17 February 2019. Organized by the newly-opened Philippine Consulate General in Frankfurt, which counts Bavaria among the German states under its consular jurisdiction, the event was attended by some 120 Filipinos and Filipino-Germans who now call Germany their second home. 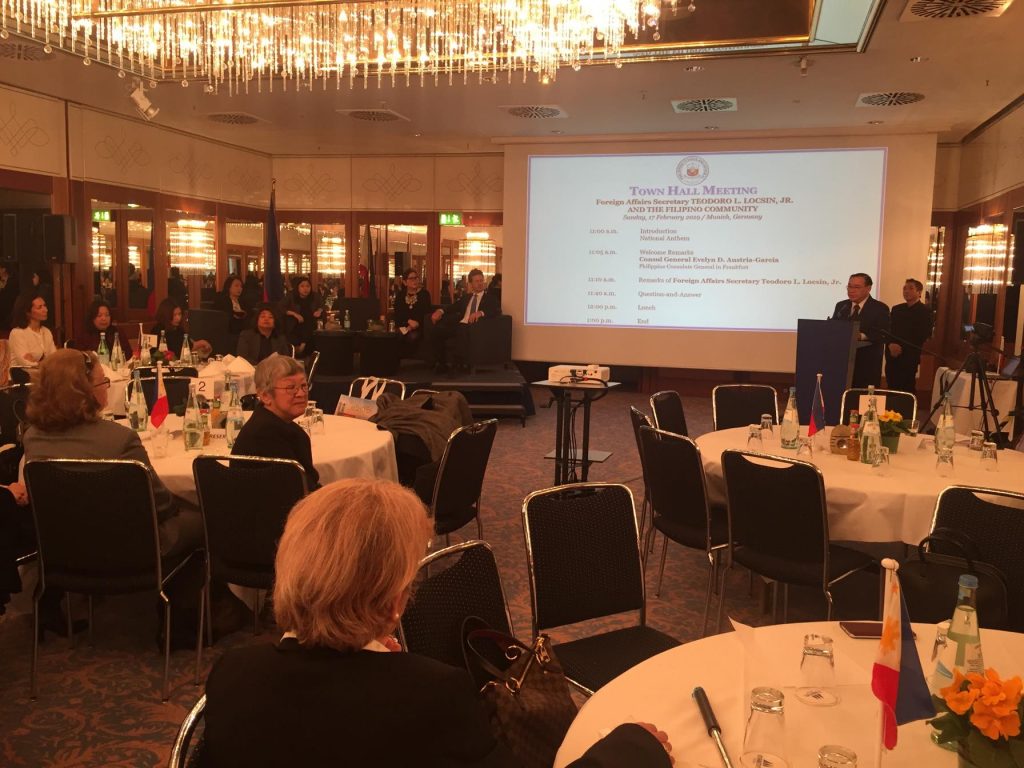 Secretary Locsin took time from his participation in the Munich Security Conference to engage with the Filipino community in a town hall setting. “We are happy that the Secretary met with us during his stay here, as no other high-level public official had done so in the recent past,” said Velvet Tkocz, a former Filipina who has been in the country for over 40 years.

The Foreign Secretary underscored the Duterte Administration’s efforts to make government services more accessible to the public. “The past administration closed embassies and consulates. We believe in opening them,” the Secretary said. He also pledged to continue reducing documentary requirements and simplifying procedures in availing of consular services. Moreover, he cited the recent entry into force of the Philippines-Germany Social Security Agreement and the Triple Win Project among programs concluded in pursuit of the welfare of overseas Filipinos.

Secretary Locsin also entertained questions from the audience, whose queries ranged from the acquisition of Senior Citizens’ identification cards to the full automation of the passport renewal application process. 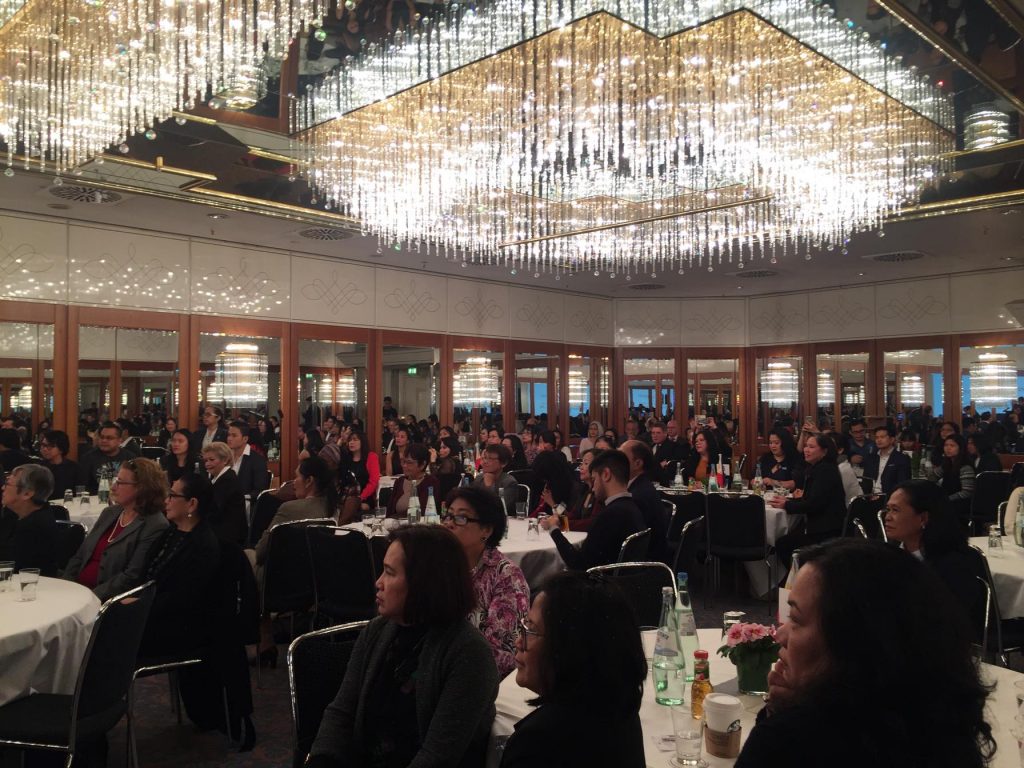 Among the other guests in attendance were Honorary Consul Stefan Detig and former Honorary Vice Consul Jutta Hippelein, who served in the capacity for over 4 decades. Leaders of Filipino-German organizations throughout Bavaria also graced the occasion. “We are happy to attend activities like this, as they serve to unify the community and enable us to meet and network with our fellow countrymen in the area,” said Aian Angeo, the Munich-based President of the Filipino Nurses Association in Germany.

In her introductory remarks, Consul General Evelyn Austria-Garcia of the Philippine Consulate General in Frankfurt apprised the audience of developments concerning the Consulate’s establishment. The Consulate was re-opened in the latter part of 2018 following a 6-year absence, with consular services being rendered to the public beginning last January. (END)