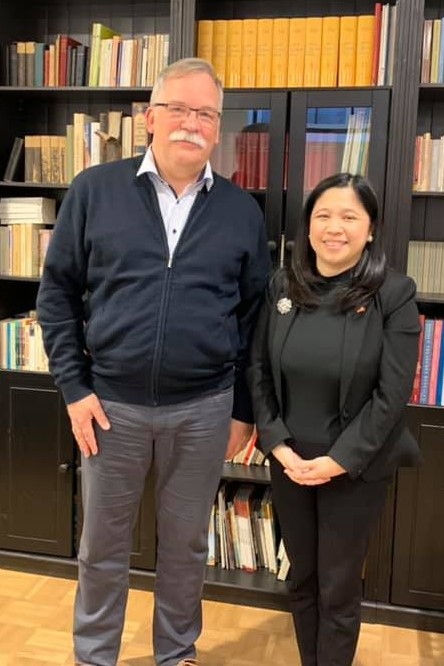 Philippine Ambassador-designate to Germany Maria Theresa Dizon-De Vega met with Retired German Navy Commander Thomas Boehlke, who is now with the German Armed Forces Command and Staff College during her visit to Hamburg last May 11.

Ambassador Dizon-De Vega and Commander Boehlke discussed the status of the ongoing General Staff Course offered by the College to international participants, including officers of the Armed Forces of the Philippines.

Commander Boelhke expressed appreciation that more Filipino scholars avail of the course on a regular basis as it not only provides new insights for foreign military officers but also helps establish links among them.