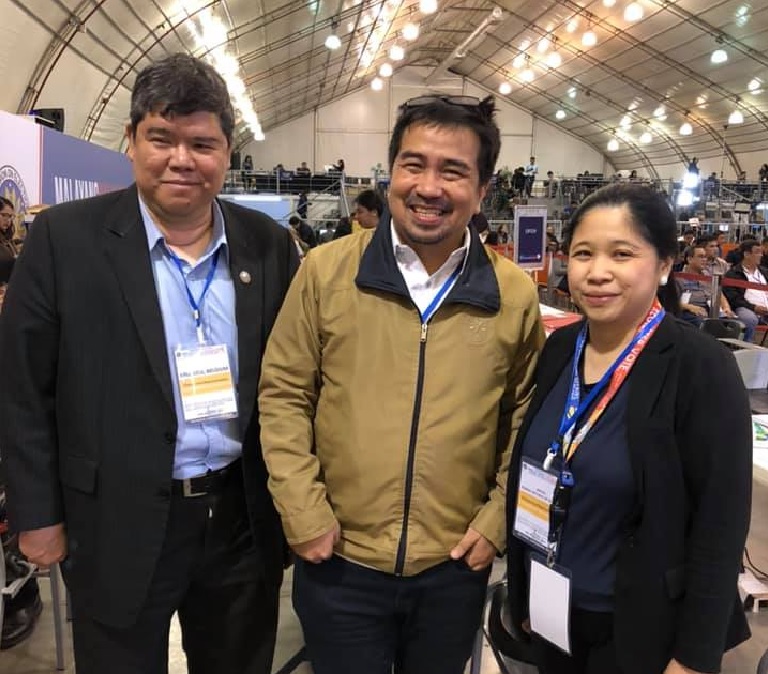 The Philippine National Elections in Germany were concluded successfully with Ambassador-designate Maria Theresa Dizon-De Vega’s personal delivery of the certificate of canvass and election returns to the National Board of Canvassers in Manila last May 15. 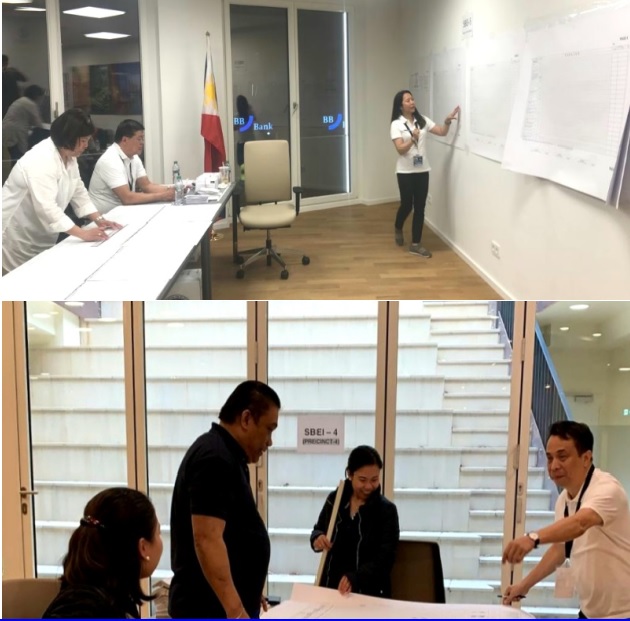 The counting process commenced as soon as the voting period ended at noontime (Central European Time), on May 13, and was completed at around 9 am the next day. The ballots were divided among five precincts and were counted by their respective Special Boards of Election Inspectors (SBEIs) composed of Embassy personnel and duly-appointed Filipino community volunteers.

Ambassador-designate Dizon-De Vega, as Chair of the Special Board of Canvassers (SBOC), led the canvassing of votes upon the precincts’ submission of results.

Representatives of the media and political parties, as well as independent observers were also present until the completion of the counting process.

A total of 2,317 Filipinos in Germany, including 41 seafarers in Hamburg, were able to cast their votes by mail or personally at the Embassy or on board vessels (for seafarers) during the elections, which ran from April 13 to May 13. END