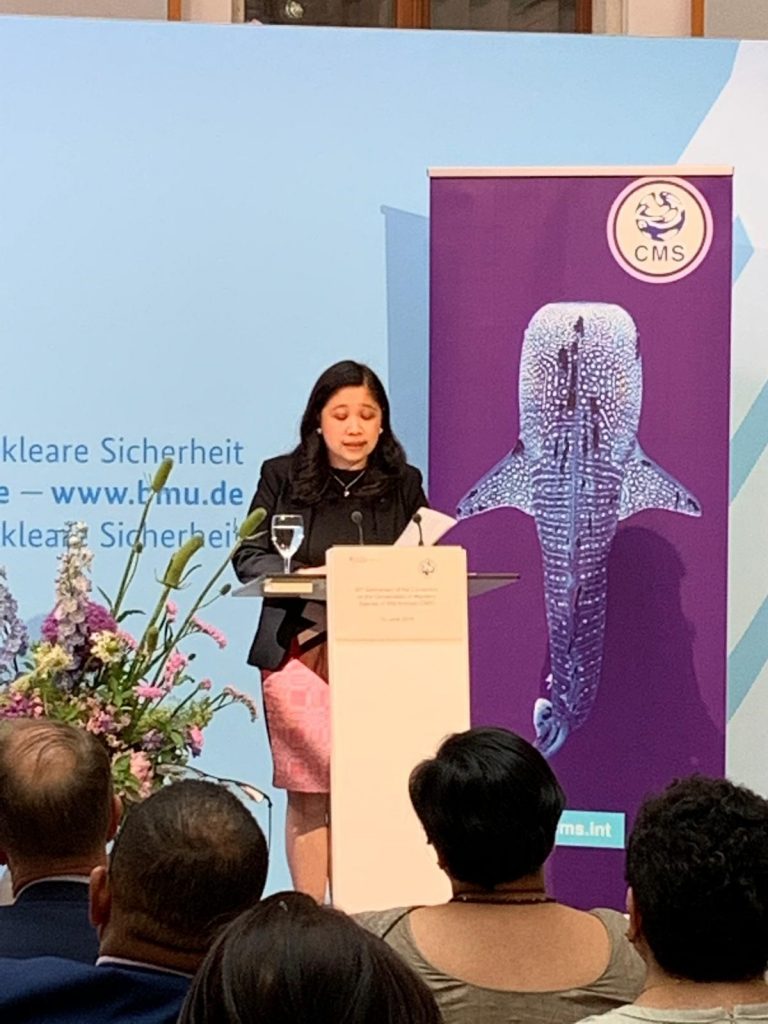 The Philippines, as host of the 12th Conference of Parties to the Convention on the Conservation of Migratory Species of Wild Animals (CMS) also known as the Bonn Convention, delivered a special message at the commemoration of the 40th anniversary of the signing of the Convention at an event held at the German Ministry of Environment, Nature Conservation, and Nuclear Safety on 24 June 2019.

Ambassador Dizon-De Vega thanked the CMS states parties and the Secretariat for their support during the Philippines’ presidency of the 12th CMS Conference of States Parties (COP-12) held from 22-28 October 2017 in Manila. In particular, she cited approval of the Manila Declaration On Sustainable Development and Migratory Species.

The Declaration acknowledges the significant contribution of migratory wildlife to sustainable development, especially in the areas of agriculture, forestry, fisheries, tourism, energy, transport, and trade.

She likewise acknowledged the COP-12’s adoption of the resolutions proposed by the Philippines, including the listing of the butan-ding or whale shark and four other migratory species frequenting the country on the CMS appendices.

The Philippine hosting was the first CMS-COP held in Asia and broke previous attendance records with 1,000 delegates from 93 countries.

For her part, Minister Schulze issued a clarion call for concerted efforts to campaign for more countries to join the ranks of States Parties to the Convention with the hope of achieving at least 150 members by the time the Convention turns 50 years old a decade from now.

The Philippines is one of 128 States Parties to the Convention and is considered one of the most active advocates for its implementation. The CMS Secretariat is located in Bonn, Germany.

The States Parties to the CMS are expected to build on the gains at the Manila COP-12 Meeting when they reconvene for the 13th Meeting of the Conference of the Parties to the Convention in Gandhinagar, India from 17-22 February 2019. END 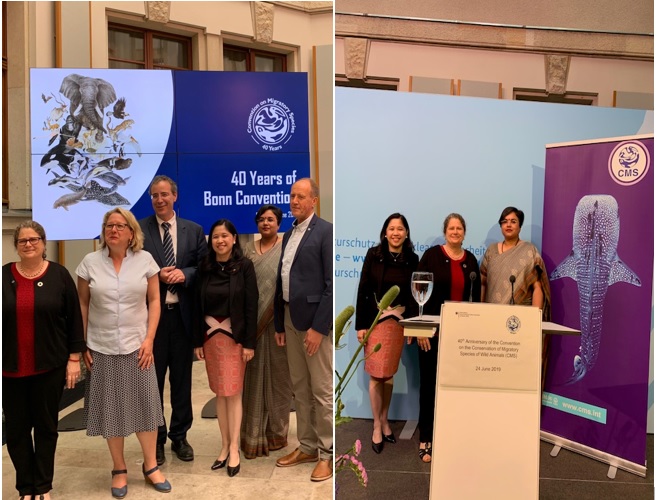