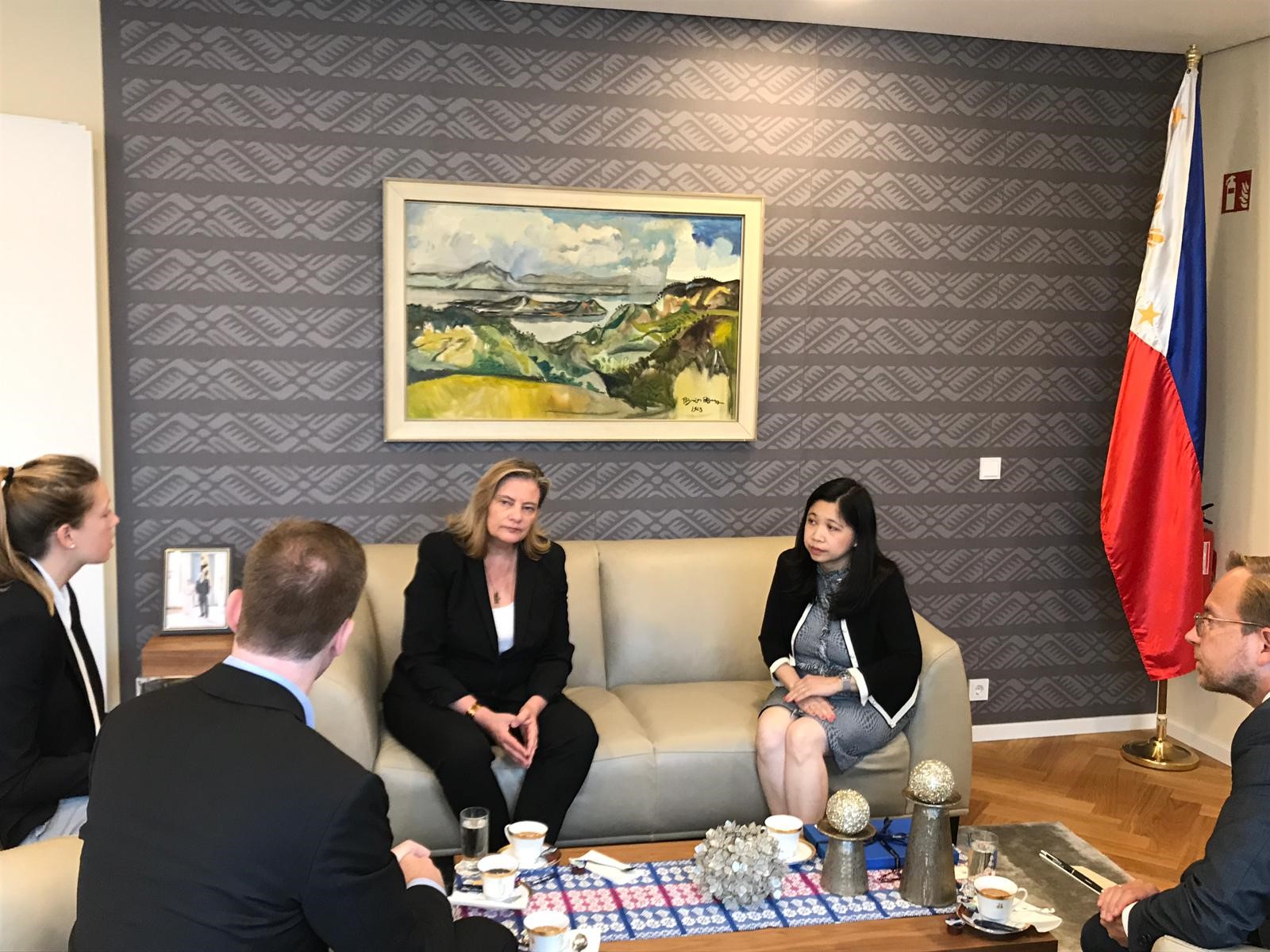 Ms. Weiss, who has undertaken charitable projects in the Philippines, primarily in building school houses in Pangasinan for over 25 years, relayed to Philippine Ambassador Theresa Dizon-De Vega her great affection for the Philippines and its people. The German member of Parliament mentioned in particular the great benefit to Germany of the entry of very professional, kind, and caring Filipino nursing professionals. Ms. Weiss said that she will help ensure that Filipino nurses will continue to be treated fairly in their workplaces in Germany,

Ambassador Dizon-De Vega expressed appreciation for Ms. Weiss’ kind words and re-affirmation of her commitment to help in further strengthening Philippine-German relations. The Ambassador invited Ms. Weiss to continue her close engagement with the Embassy and with her contacts in the Philippines. END 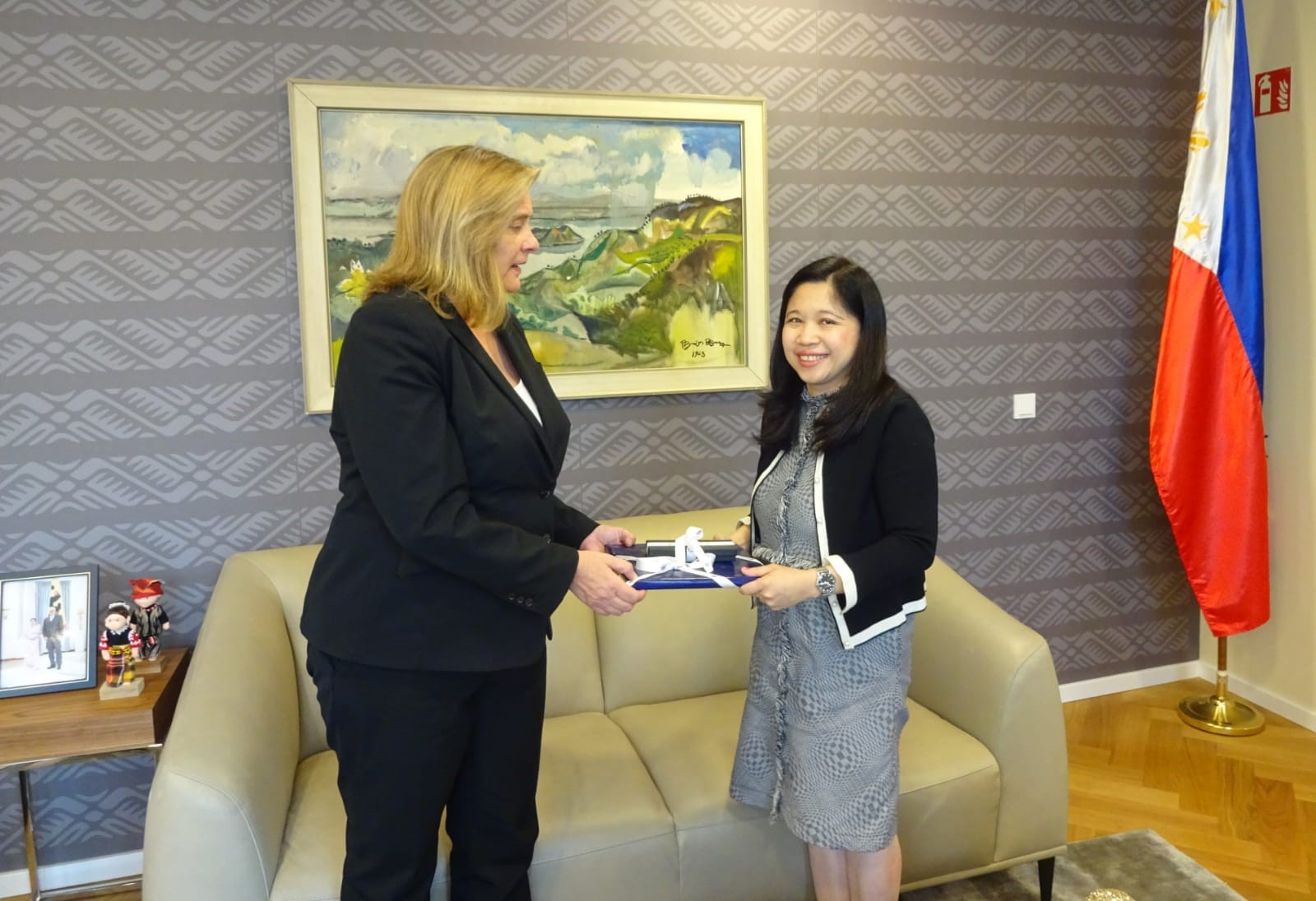 Amb. Dizon-De Vega and Ms. Weiss have an exchange of tokens at the Embassy (photos by Berlin PE)