The Philippine Embassy in Berlin launched a living library project dubbed AklaTamBayan to promote storytelling as a means of building bridges and bringing people together. The inaugural session was entitled “Roots & Routes: Perspectives on Migration and Integration” and featured three Berlin-based Filipino migrants. 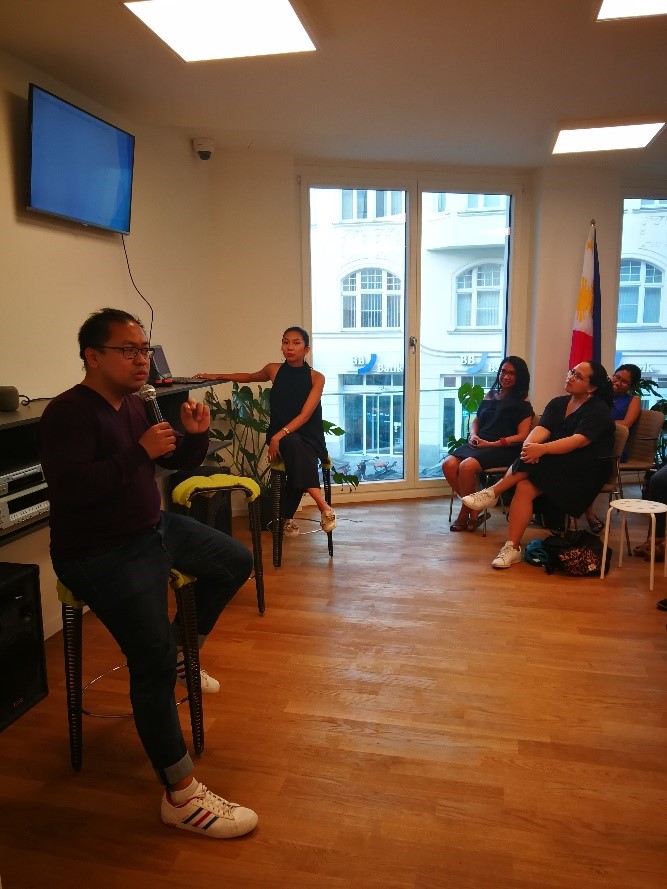 Mr Wilfred Dominic Josue talked about working many years to save up the €8,000 needed to apply for a student visa to Germany, where he subsequently obtained his MA in Politics and German Post War History and became a licensed integration teacher assisting migrants and refugees in learning the German language and about German society and culture.

Ms Janelle Dumalaon, a broadcast journalist who is a familiar face among those who watch Germany’s international news channel Deutsche Welle, shared some of her earlier struggles studying journalism while also being an au pair. 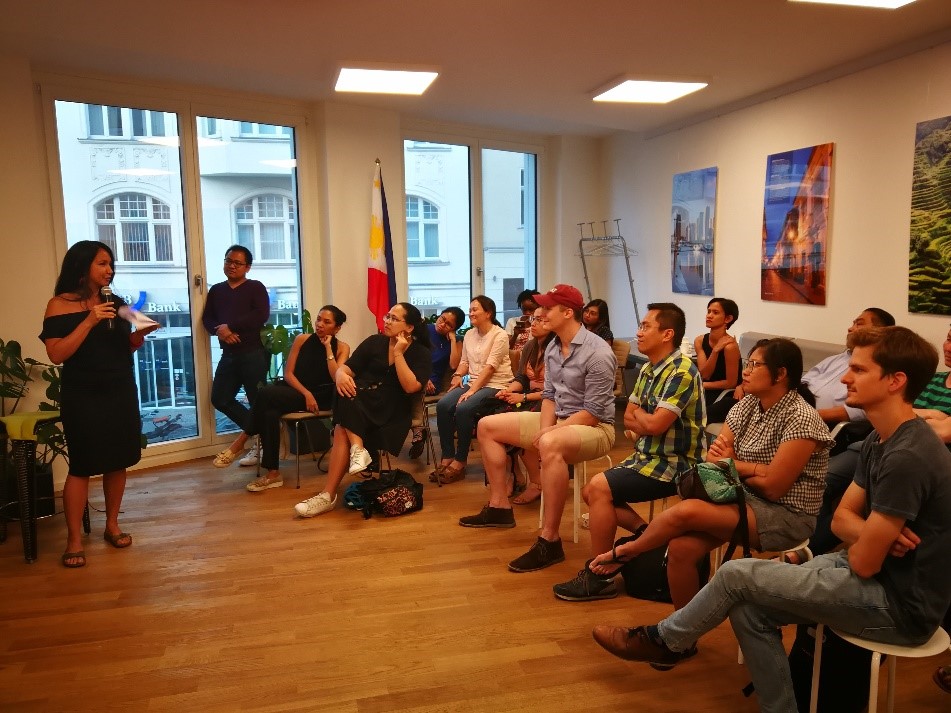 Kay Abaño shares about her journey as a creative nomad seeking “utopia.”

Ms Kathryn “Kay” Abaño spoke about her journey as a creative nomad, which began as a production designer in Manila for such films as Markova: Comfort Gay and Noon at Ngayon, and later took her to Spain, where she trained at the Escuela TAI in Madrid and developed a passion for street photography, and now Berlin, where she continues to shoot photography and film documentaries.

In her opening remarks, Ambassador Ma. Theresa B. Dizon-De Vega acknowledged that each migrant has her or his own narrative. Some stories may be happier than others, and the government’s role is to provide safety nets when the plotline takes an unfortunate turn.

A play on the Tagalog words for ‘library’ (aklatan) and ‘hangout’ (tambayan), AklaTamBayan literally means a public library, but is envisaged by the Embassy as an means to reimagine the library as a place to share stories and build community, not simply to read and borrow books. 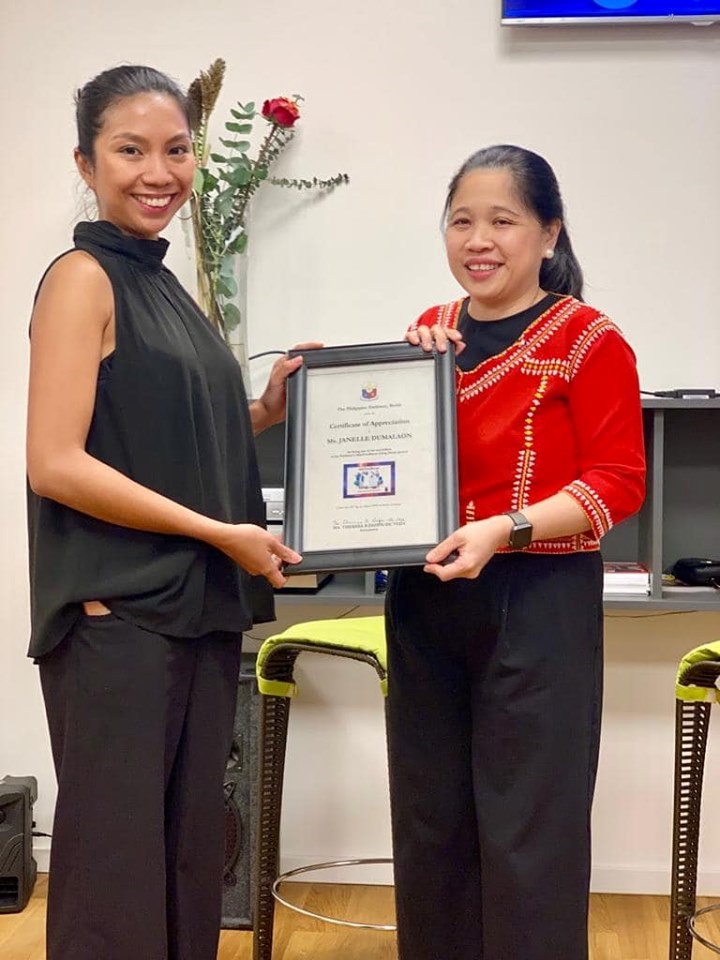 Ambassador Dizon-De Vega thanks Janelle
for being one of AklaTamBayan’s first storytellers.

It is also part of the Embassy’s Gender and Development (GAD) initiative, with an aim to provide a safe space and platform for more diverse voices, such as those of women and members of the LGBTQ community, to be heard. (END)