Eighteen university students and graduates from different parts of Germany who are currently doing their internship at the Federal Foreign Office in Berlin today visited the Philippine Embassy to familiarize themselves with the work of diplomatic missions. 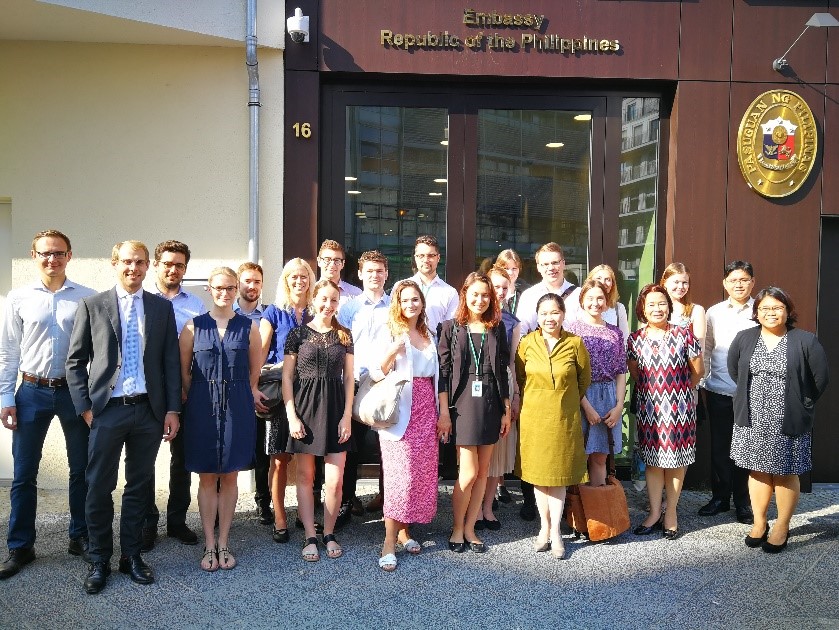 Ambassador Ma. Theresa B. Dizon-De Vega welcomed them and briefed them on the Embassy’s efforts to strengthen Philippine-German relations, which mark their 65th anniversary this year, as well as to cater to the needs of the 24,000-strong Filipino community in Germany. 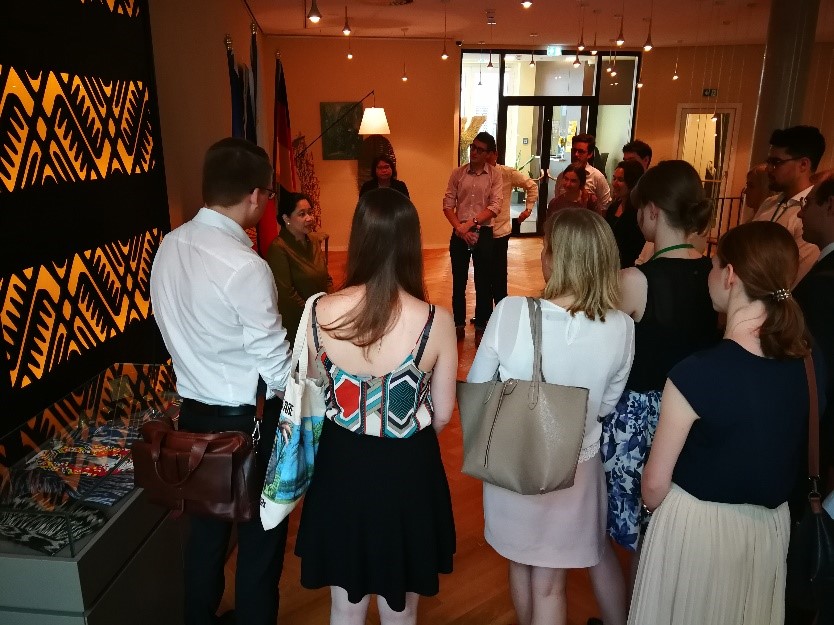 The interns listen as the Ambassador gives them an overview of the Embassy’s work.

Afterwards, the delegation was given a brief tour of the new Chancery, including the Consular Section and the Sentro Rizal, where they learned more about the Embassy’s consular services, and political, economic, and cultural diplomacy initiatives. 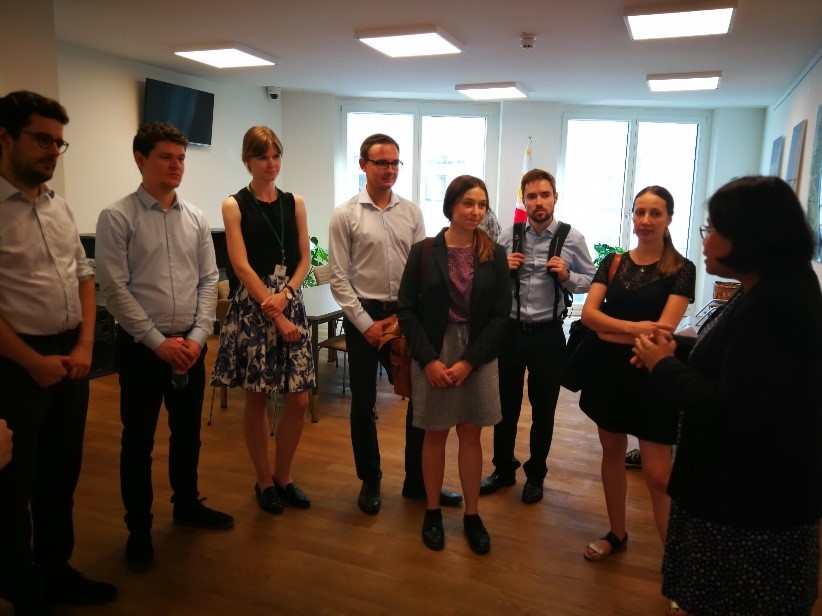 Vice Consul Chieng briefs the interns on the Embassy’s consular services. (all photos by Berlin PE)

The interns were also served dried mangoes to give them a taste of Philippine flavors, and lapel pins with linked Philippine and German flags as a memento of their visit to the Embassy. (END)