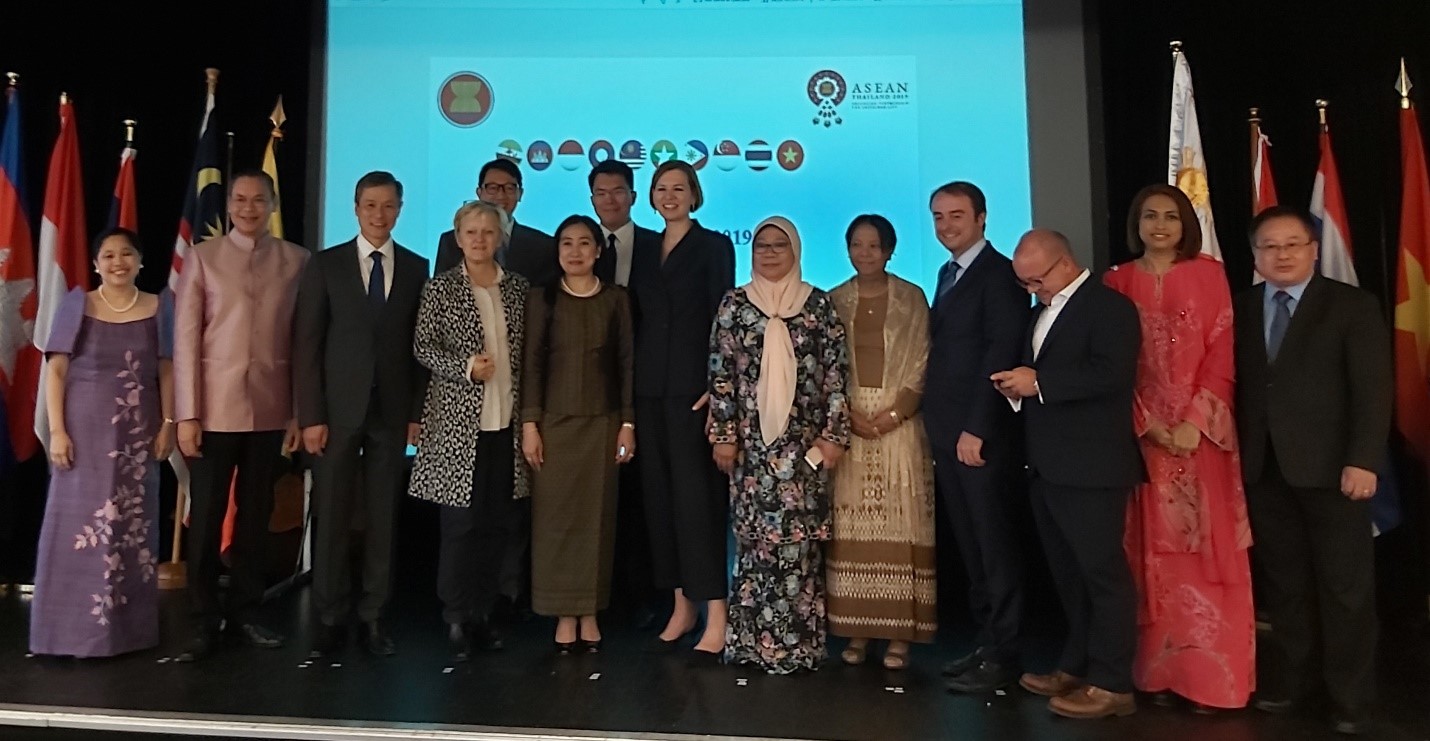 Filipino and other Southeast Asian cuisines took center stage in a reception hosted in Berlin today at the Maritim Pro-Arte Hotel by the embassies of the 10 members of the Association of Southeast Asian Nations (ASEAN), in celebration of the organization’s 52nd founding anniversary.

Each of the 10 embassies proudly presented dishes and desserts from each of their countries on tables adorned by unique cultural items.

Ms. Renate Kuenast, Chair of the Bundestag’s ASEAN Parliamentary Friendship Group and the event’s Guest of Honor, sampled the dishes and desserts on offer, including the Philippines’ palabok, a special noodle dish with shrimp sauce; chicken adobo (meat stewed in soy sauce and vinegar); and Filipino custard (leche flan).  The Philippine corner introduced an innovation by inviting guests to scan via their mobile devices a QR code on its food name stands to get an instant link to the recipes to the dishes on offer.

Inspired by the lyrics of the ASEAN Anthem, Ms. Kuenast, in her speech during the event, encouraged ASEAN to “dare to dream and care to share” for ASEAN and its partnership with Germany.

In her speech during the event, Ms. Kuenast took note of the lyrics of the ASEAN Anthem which says, “we dare to dream, we care to share together for ASEAN”. She encouraged the organization “to continue dreaming and sharing”, not only within the organization, but also with Germany and other partners in the European Union.

She also lauded the organization efforts towards sustainable development, which is also one of her core advocacies as a parliamentarian. 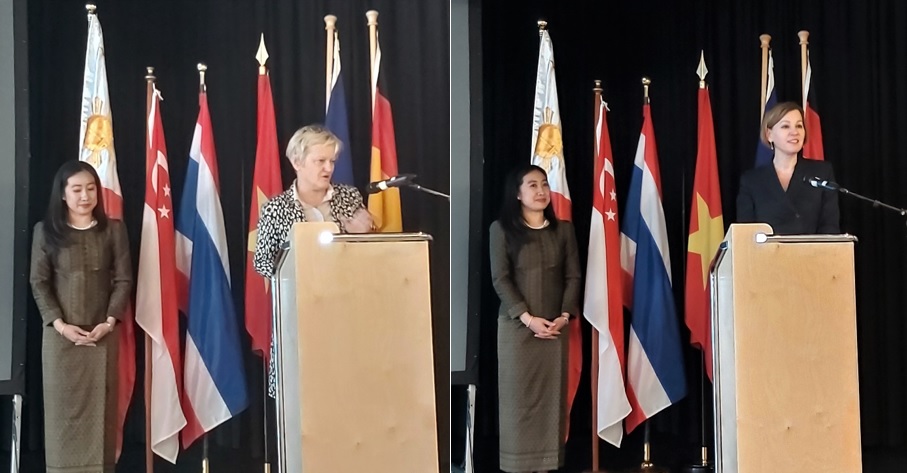 Ambassador Petra Sigmund, the German Foreign Ministry’s Acting Director General for Asia and Pacific Affairs, for her part, said that Germany, the EU, and ASEAN are “natural partners” because of their adherence to the rules-based multilateral order. She also announced Germany’s accession to ASEAN’s Treaty of Amity and Cooperation, which coincided with today’s reception. END 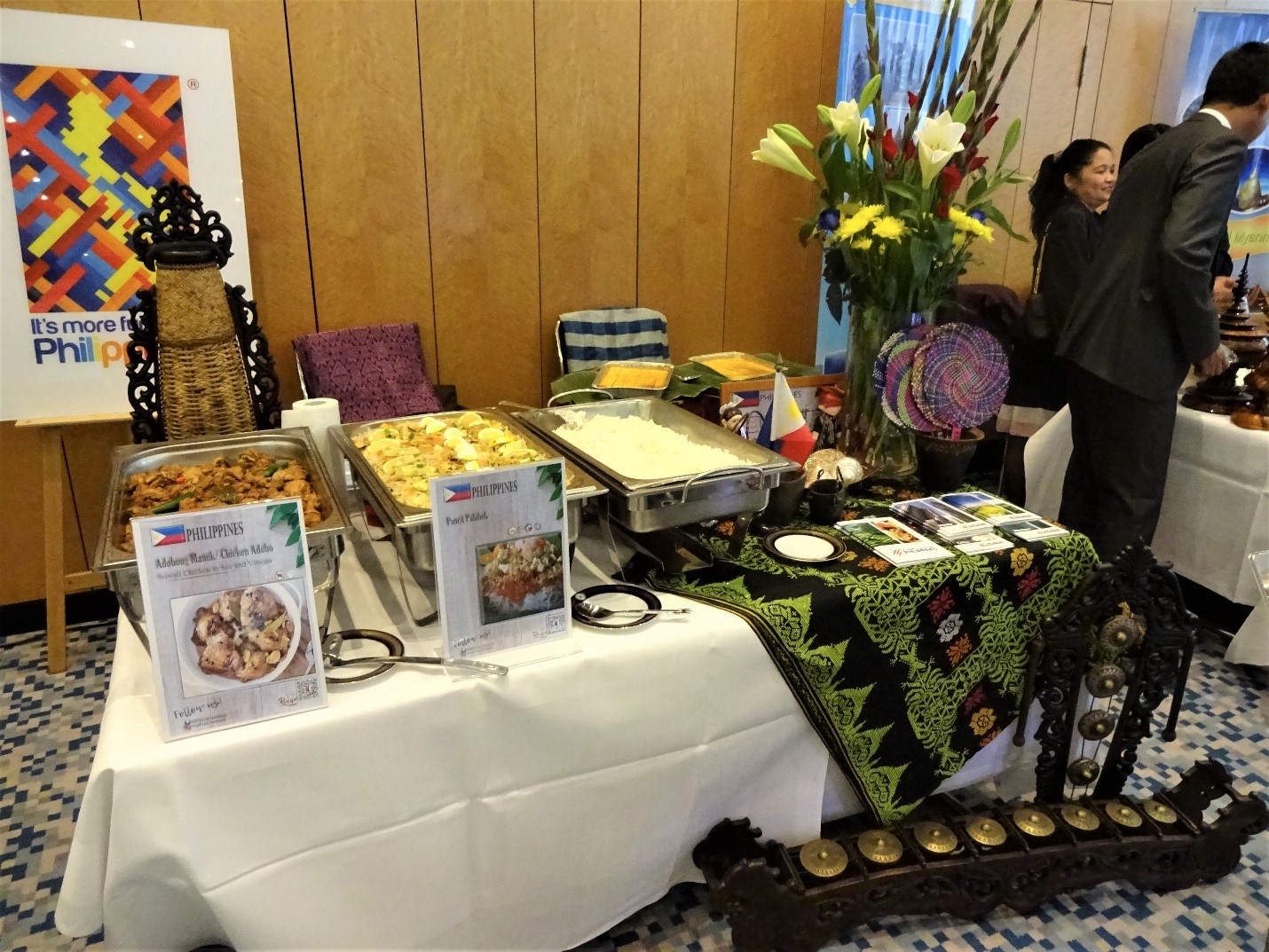 The Philippine corner (all photos by Berlin PE)