Ms Erin Entrada Kelly, the multi-awarded Filipino-American writer of five middle-grade books, was the featured guest at the second edition of the Philippine Embassy’s AklaTamBayan living library project held on 16 September 2019 in Berlin. Ms Kelly’s third book, Hello, Universe, won the 2018 John Newbery Medal awarded annually by the Association for Library Service to Children of the American Library Association for the most distinguished contribution to American Literature for Children, and will be adapted as an original series by leading global streaming service Netflix. 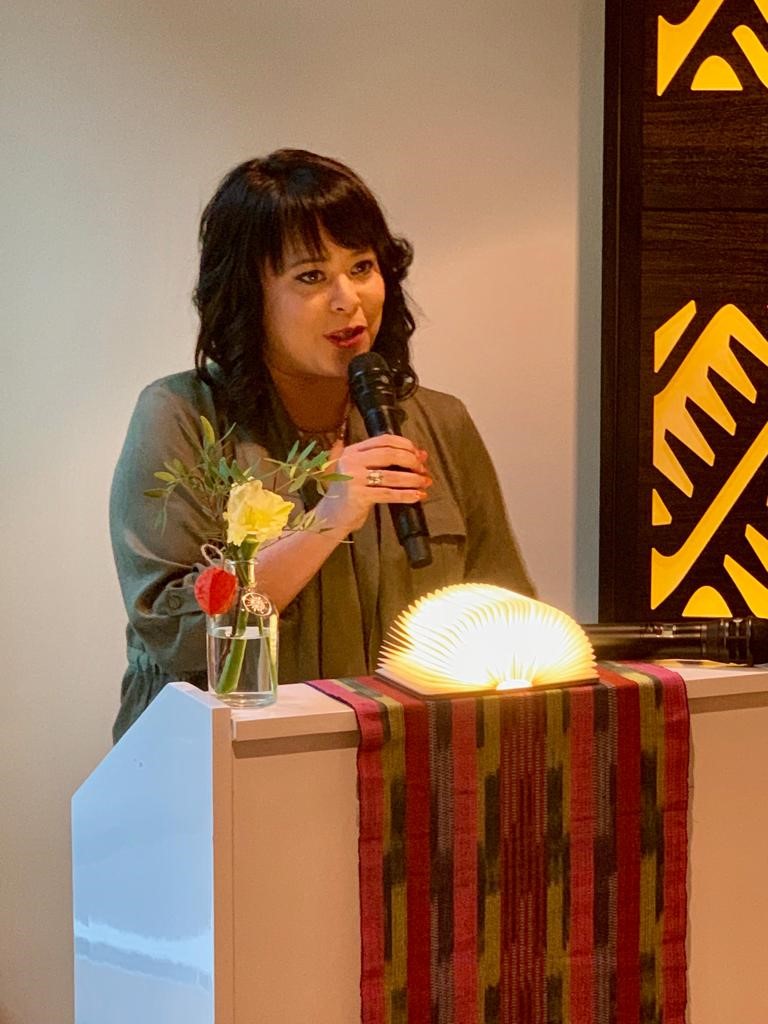 Ms Kelly was in town for a series of readings, discussions and workshops under the Berlin International Literature Festival taking place from 11 to 21 September 2019.

Some 35 guests, including members of the Filipino community, literature lovers of various nationalities, and embassy personnel, attended the AklaTamBayan with Ms Kelly, which is part of the Embassy’s Gender and Development (GAD) program. Ambassador Ma. Theresa B. Dizon-De Vega’s welcome message was read by Consul Cathy Torres, the Embassy’s GAD officer, as the former had official engagements in Bonn. “Ideas, stories and words have power to inspire, uplift, and transform lives,” Ambassador Dizon-De Vega said in her message.

Ms Kelly, who was born in Louisiana, USA to a Filipino mother, then talked about the loneliness of growing up different from the other kids and the solace she found in books, which eventually inspired her to become a writer. Her first book, Blackbird Fly, drew a lot from her personal experiences and talked about a Filipino-American girl trying to fit in and clashing with her Filipino mother.  “I just wanted her to stop being Filipino so I could be like everybody else,” she said of her mother. Eventually, though, it dawned on her how much courage it had taken her mother to immigrate alone to the United States and to be confronted with discrimination. 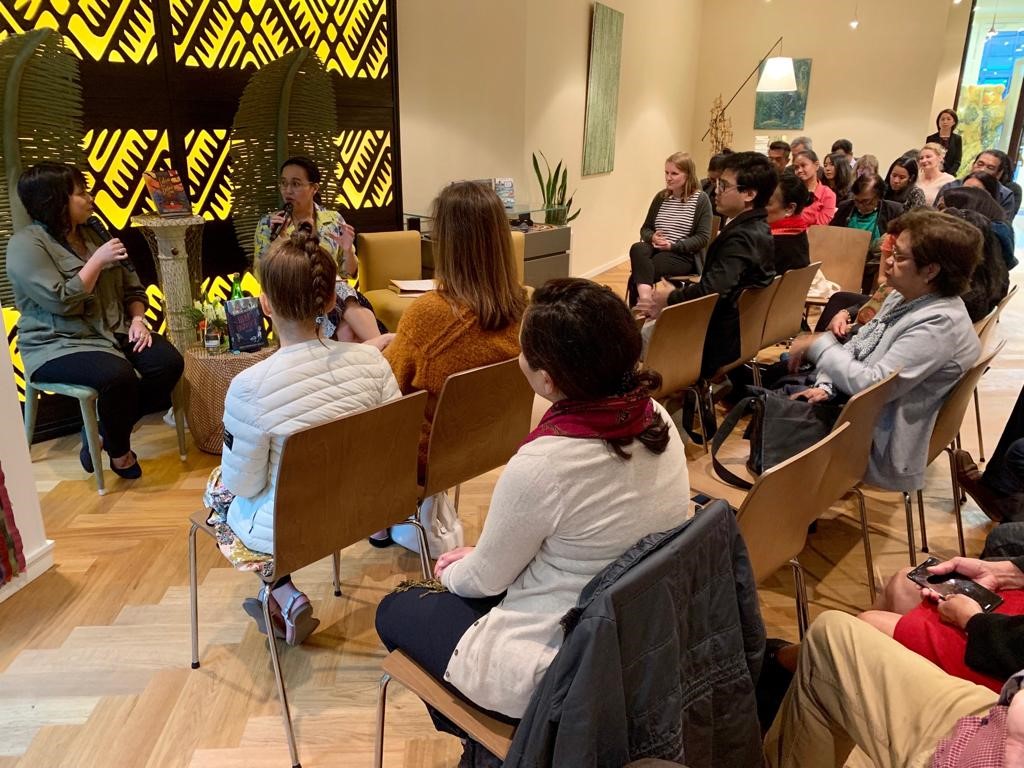 Post’s Gender and Development (GAD) officer Cathy Torres engages Ms Kelly
in a conversation about her books Hello, Universe and Lalani of the Distant Sea.

Apart from characters who are ethnically different, Ms Kelly talked about wanting to write about strong young female characters, as they tended to be underrepresented in literature. Fittingly, part of the event program was a reading from Vier Wünsche ans Universum, the German translation of Hello, Universe, and the guest reader, Filipino-German sixth grader Arwen Sylvester, chose a passage in the book about Malaya, a girl who outwits and saves villagers from a greedy crocodile.

Afterwards, Ms Kelly herself read from her latest book, Lalani of the Distant Sea, a fantasy tale with elements of Filipino folklore, about a 12-year-old girl who goes on a dangerous journey to save her family and her village. A spirited Q&A followed, with the audience asking questions ranging from the portrayal of bullies in Ms Kelly’s books to the challenges of translation in literature.

The evening closed with Ms Kelly signing books and posing for photos with the guests, alongside a light dinner buffet featuring Filipino favorites like cassava cake, empanadas, and ube ice cream. 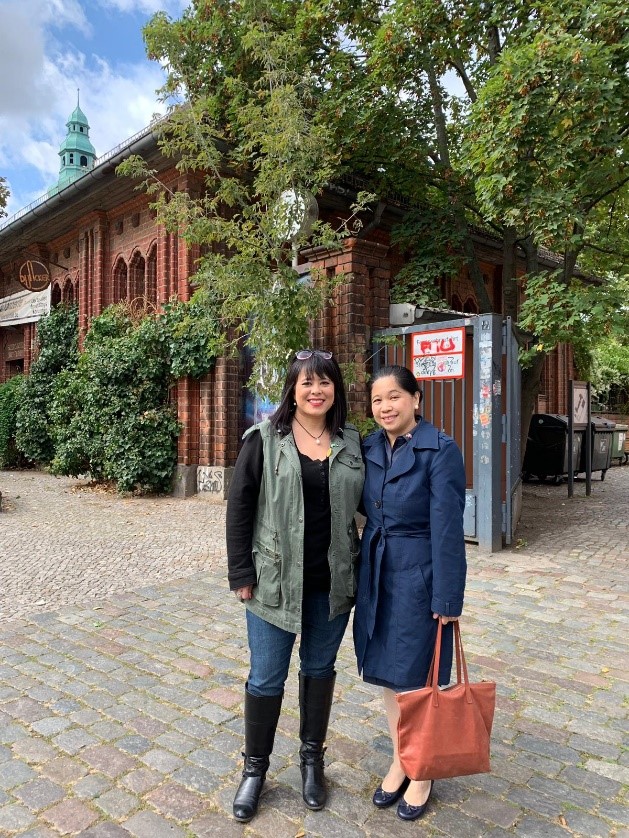 Amb. Dizon-De Vega and the author at the silent green Kulturquartier,
one of the venues of the Berlin International Literature Festival 2019.

The following day, Ambassador Dizon-De Vega personally thanked and congratulated Ms Kelly at one of her appearances in the Berlin literature festival. (END)