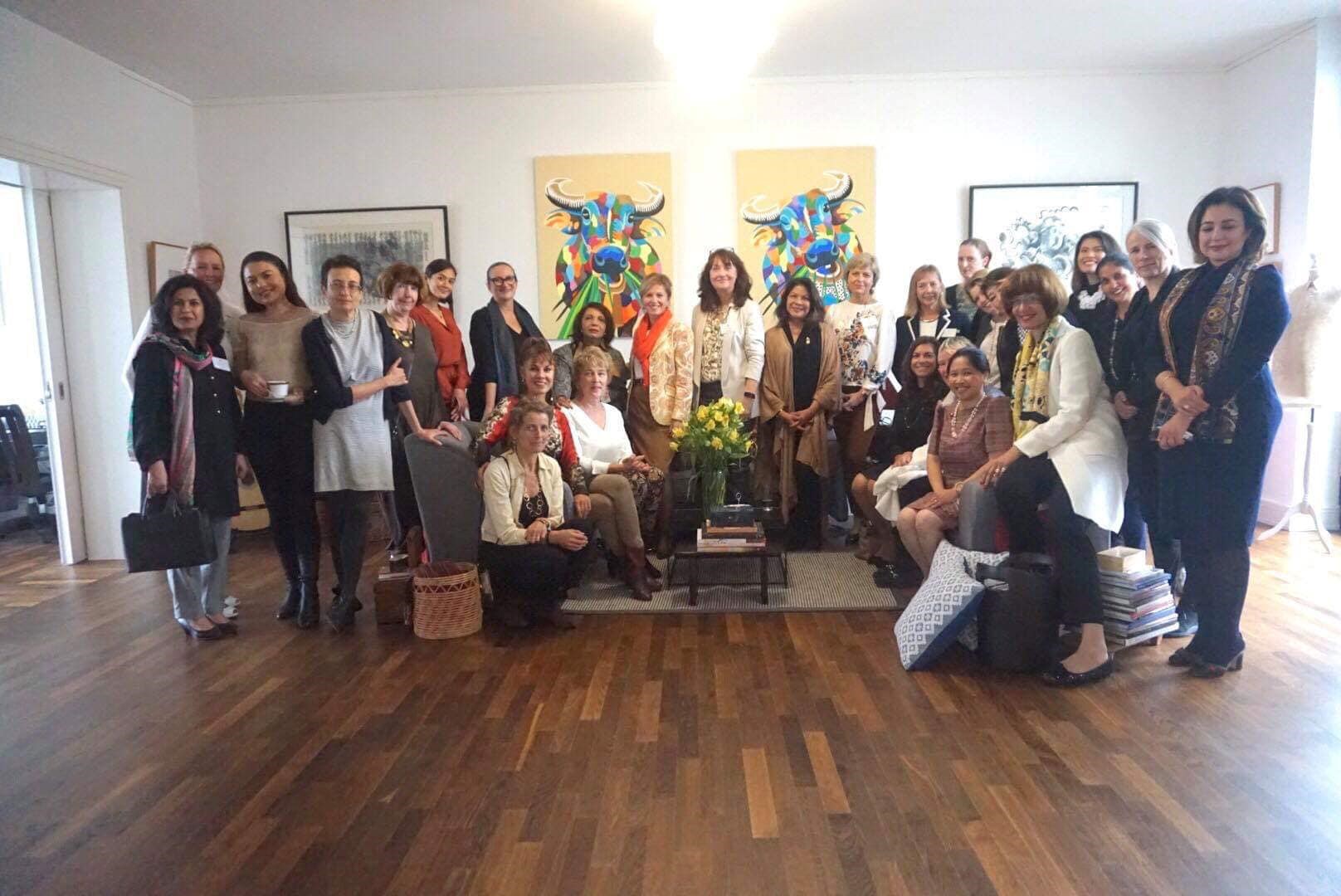 Philippine Ambassador to Germany brought a taste of the Philippines to members of the Wilkommen in Berlin (WiB) during an Filipino Afternoon Tea Reception at the official residence on 25 September 2019.

Ambassador Dizon-De Vega presented a glimpse of the Philippines during the reception focusing on the history, tourism sites, weaving traditions, and the cuisine of the country.  A special guest, Ms. Miranda Konstantinidou, owner of Konplott Jewelry which has 35 stores throughout Germany spoke about her Cebu-based design center and workshop. She shared her positive experiences working with Filipinos in Cebu and praised their creativity, discipline, and skill.

The WiB members expressed delight at being introduced to Philippine culture and cuisine and were particularly taken by the unique flavors in both the beverages and the dishes they sampled. WiB member Jane Williams-Boock, a German-American law professor, praised the Philippines for being a country doing its best to be more ecologically sensitive and for the warmth and positivity of its people. END 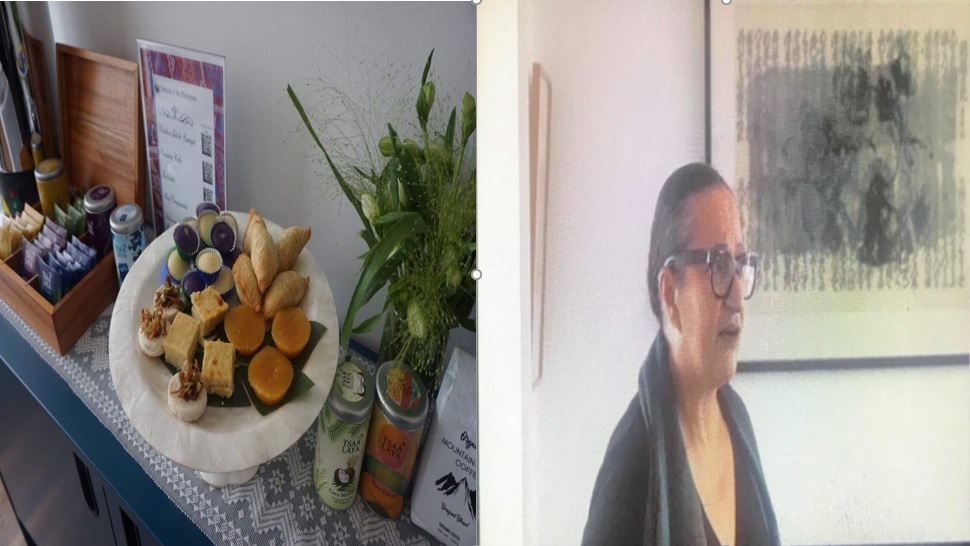 L-R Sampler display of featured dishes for the Filipino Tea with Philippine Tea from Tsaa Laya and Benguet Organic Coffee plus Recipe access via mobile QR codes; Miranda Konstantinidou of KonPlott Jewelry talks about her experiences doing business in the Philippines 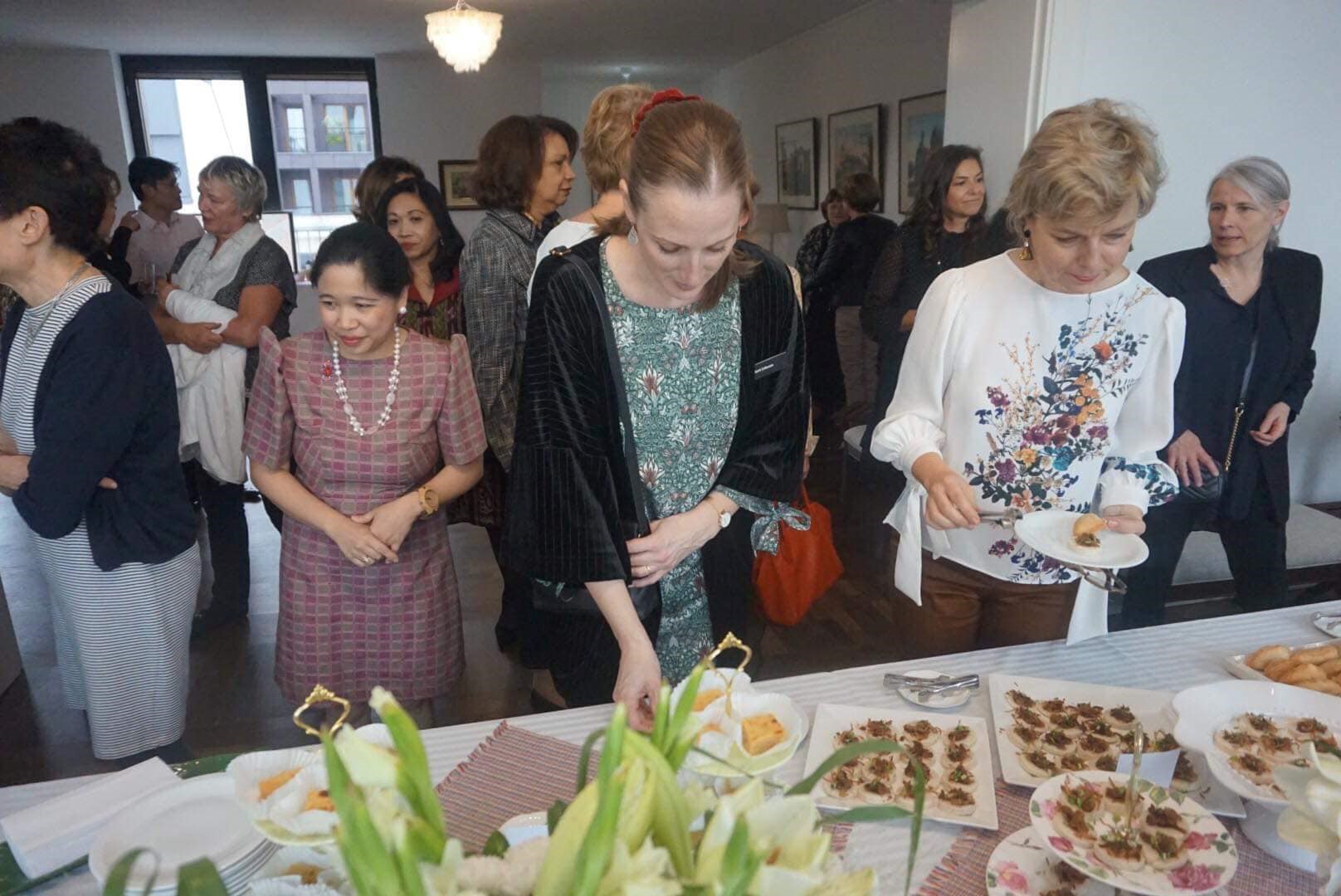