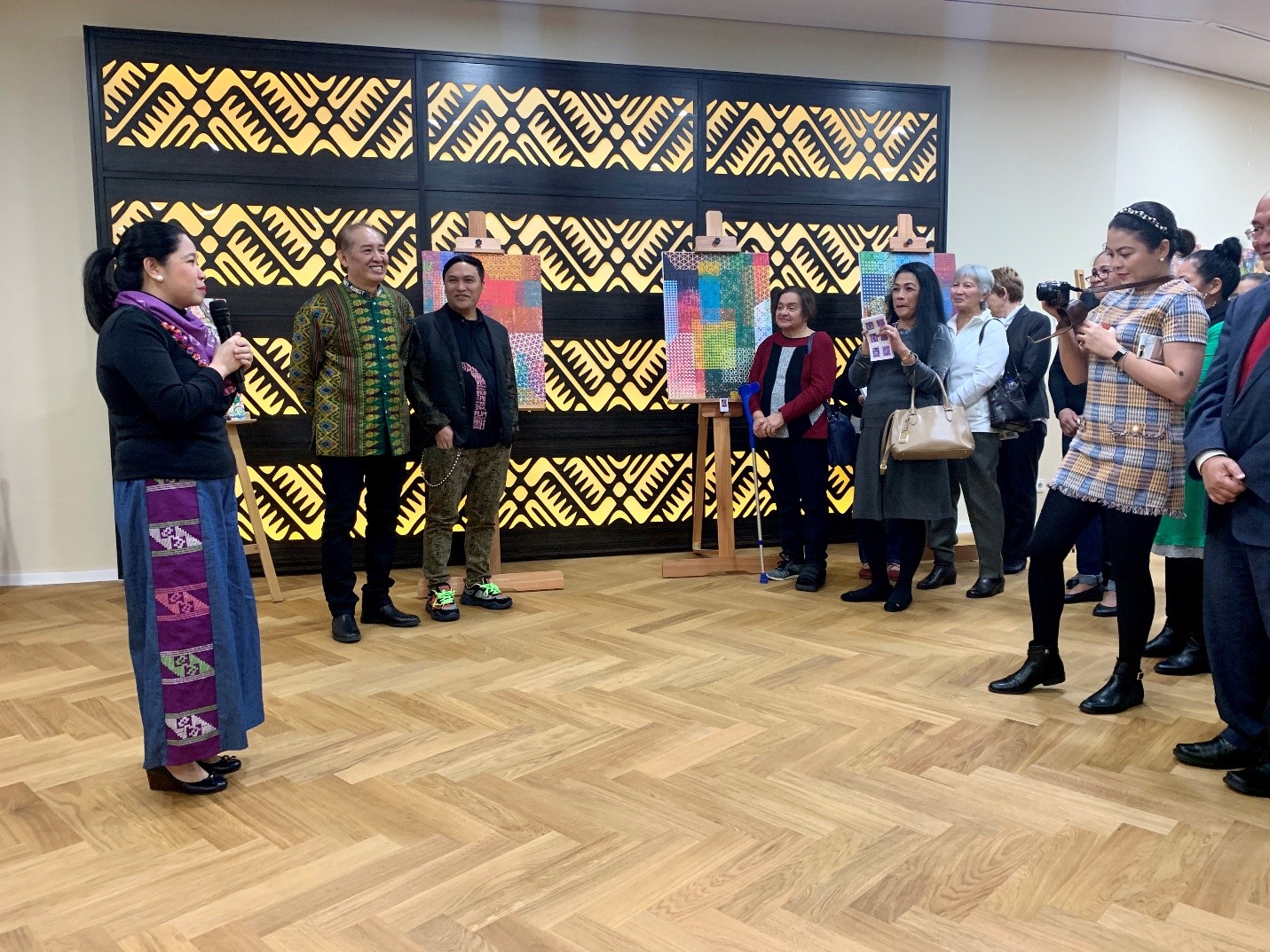 The exhibit features more than 20 of Penaso’s collection of paintings with intricate geometric patterns and nature scenes, fictional characters, and human figures vividly depicted on canvas.

Philippine Ambassador Theresa Dizon-de Vega led the ceremonial cutting of the ribbon to mark the opening. She was joined by Penaso and the exhibit’s curator, art impresario and Kunst Gallery Managing Director Virgilio Cuizon.

The event was attended by members of the diplomatic corps and Filipino community members, as well as other Berlin-based expatriates. 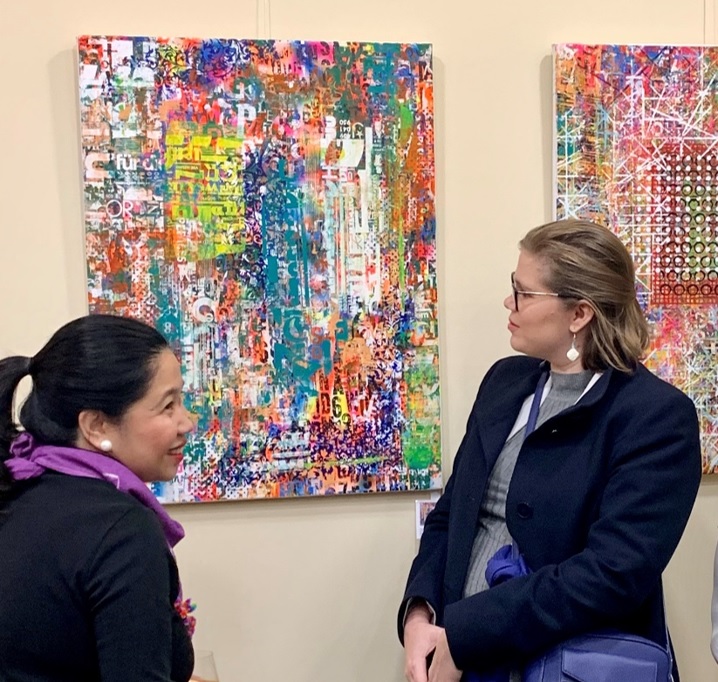 In her remarks during the event, Amb. Dizon-de Vega extolled Penaso’s immense talent and that of his fellow Filipino artists. She also expressed the Embassy’s readiness to help Filipino art in securing the recognition that it deserves in this part of the world.

The opening was capped with a reception with Filipino food and cocktails made of popular Filipino alcoholic drink Don Papa Rum.

Sam Penaso is a multi-disciplinary artist whose works include paintings, sculptures, performance art, and hybrid works which straddle these disciplines. 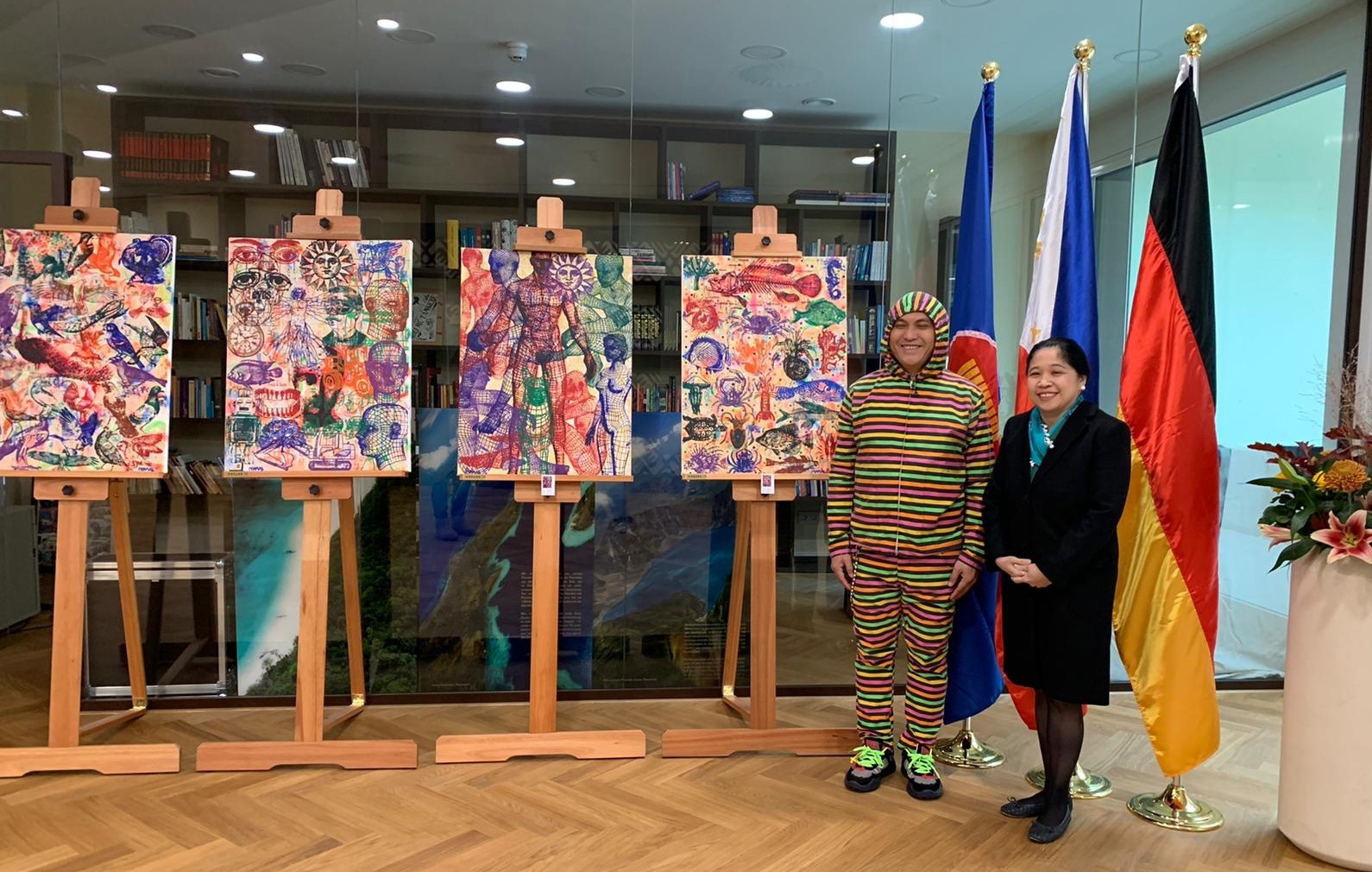 He won first place in the 2012 Art Association of the Philippines Annual Art Competitions, followed by a string of wins in the 2014 and 2016 GSIS Art Competition and the grand prize for the 4th Don Papa Rum National Art Competition. He also earned a spot in the finals of the 2013 Winter Grand Salon Show in New York and was a grantee of the Asian Arts Council.

The exhibit runs until October 31, at the Sentro Rizal Berlin, U/G Embassy of the Philippines, Luisenstraβe 16, 10117 Berlin. END 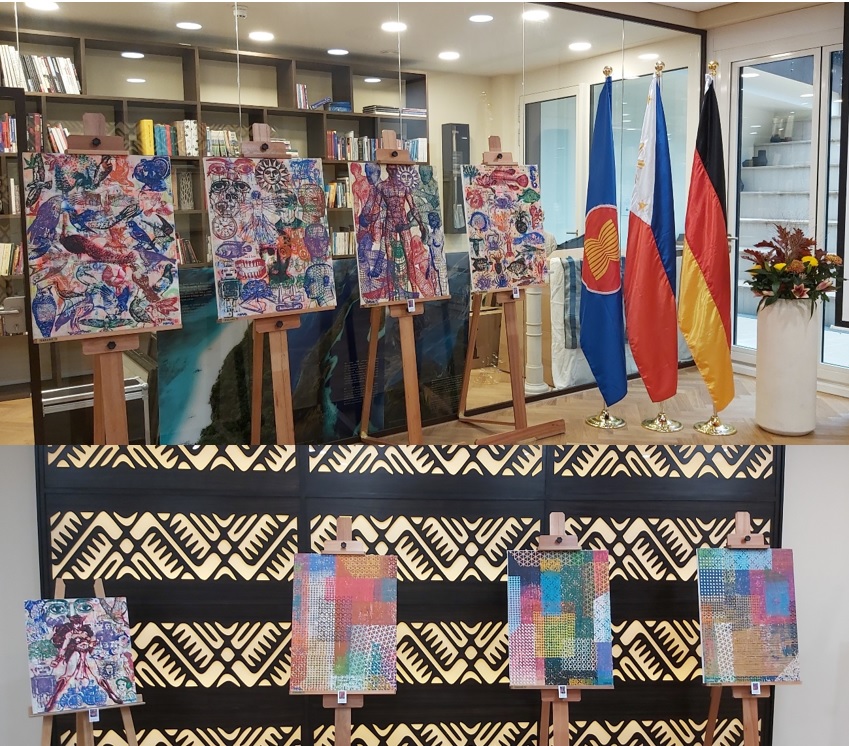