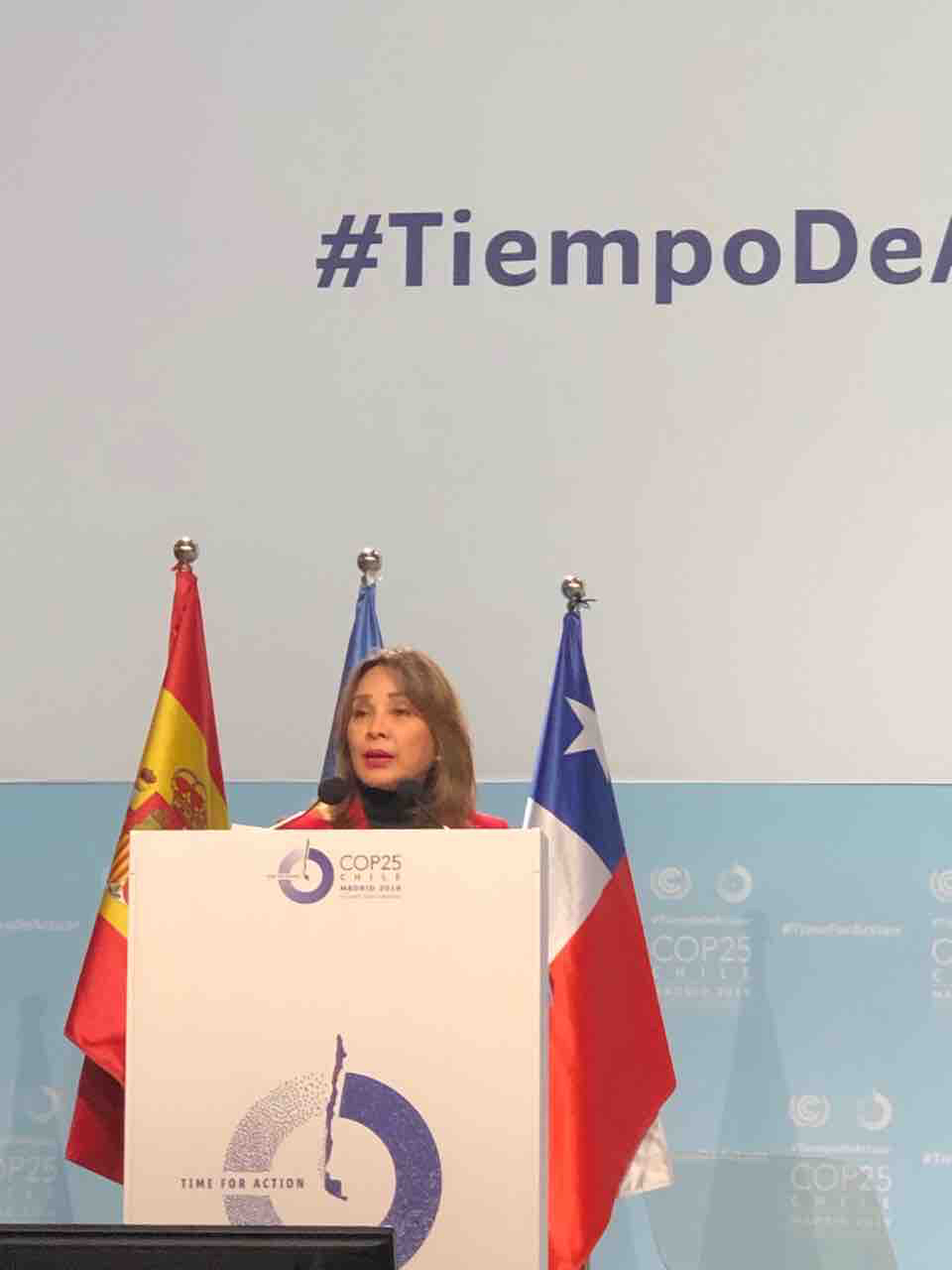 On behalf of the Filipino people, we thank the people of Spain for rising to the extraordinary challenge of co-hosting COP25. We are confident that the Chilean Presidency will deliver on the higher ambition and faster action that the 1.5 Paris goal requires of the global community.

The latest science tells us that our options to survive and thrive are swiftly diminishing. So in this COP, let us finish the work at hand — that which lets us translate the 1.5 Paris goal to concrete actions —  “the Paris rulebook.”

Most developing countries today still grapple with the persistent problem of poverty and hunger and of ensuring a brighter future for their peoples.

The requisites of sustainable development as concurred to by countries in Rio 27 years ago remain today and are the same to beat climate change, to turn risk into resilience, and to avert future loss and damage to our vulnerable communities.

However, the urgency of action, unequivocally, is most pronounced today than ever. United climate actions must now happen in an ambitious scale, scope, and speed.

The committed climate finance of at least 100 billion dollars by 2020 and every year thereafter for the adaptation and mitigation needs of developing countries must now materialize, beginning with the immediate replenishment of the Green Climate Fund.

At the last Belt and Road Forum, our president had said, “All the UN does is talk about fighting climate change. My country is in the path of every stronger and more destructive typhoon because of climate change. Enough talk already. Let’s act.”

This year the UN Secretary General announced the end of endless talk on climate change and the fast start of climate action. Greta Thunberg has sailed across oceans to deliver the same message on behalf of the younger generations that will suffer most from climate change.

The Philippines, for its part, has been constant in its climate leadership and commitment to act on the climate emergency. As a parliamentarian for the past two decades, I have personally led innovative policy and strategy development for climate action in my country.

We have mainstreamed climate change adaptation and mitigation and disaster risk reduction in our annual national budget — because climate change cuts across all development concerns and trumps on our people’s basic right to food, water, health, shelter, and livelihood. Climate change has been but a clear and present threat to our socio-economic development and human security.

The Philippines has also led in climate legislation with our Clean Air Act for reducing black carbon, our Clean Water Act for addressing wastewater pollution, our Ecological Solid Waste Management Act for reducing solid wastes, our Renewable Energy Act for promoting clean, sustainable energy, our Climate Change Act for strengthening climate governance, our People’s Survival Fund Act for financing local adaptation, our National Protected Areas Act for ensuring ecosystems integrity, and our Green Jobs Act for pursuing just transition to a green economy.  We also increased our excise tax on coal importation. And, recently, we enacted our Energy Efficiency and Conservation Act for the effective and judicious use of energy.

Despite my country’s insignificant “survival emissions” of less than half of one percent of global emissions, or 0.3% to be precise, and the burden of prevalent poverty and recurring economic losses from climate change impacts, the Philippines, constrained as we are in means and capacities, has been doing all it can to make a difference in responding to the global climate emergency.

It is in this context that we urge the developed country Parties to rise to the 1.5 climate challenge and uphold climate justice.  Deliver on your commitments in the Paris Agreement. Lead in deep and drastic cuts in carbon emissions. Deliver the finance and investments for innovative adaptation solutions in our local communities.

As we end the year to welcome a new one — the year Paris Agreement will be fully enforced, let the era of procrastination, inaction and apathy end as well. Let this end present a new beginning for humanity — a new chance to rise to the climate challenge, this time with a renewed commitment and a stronger resolve, and with a transformative and life-changing optimism.

Thank you and mabuhay. 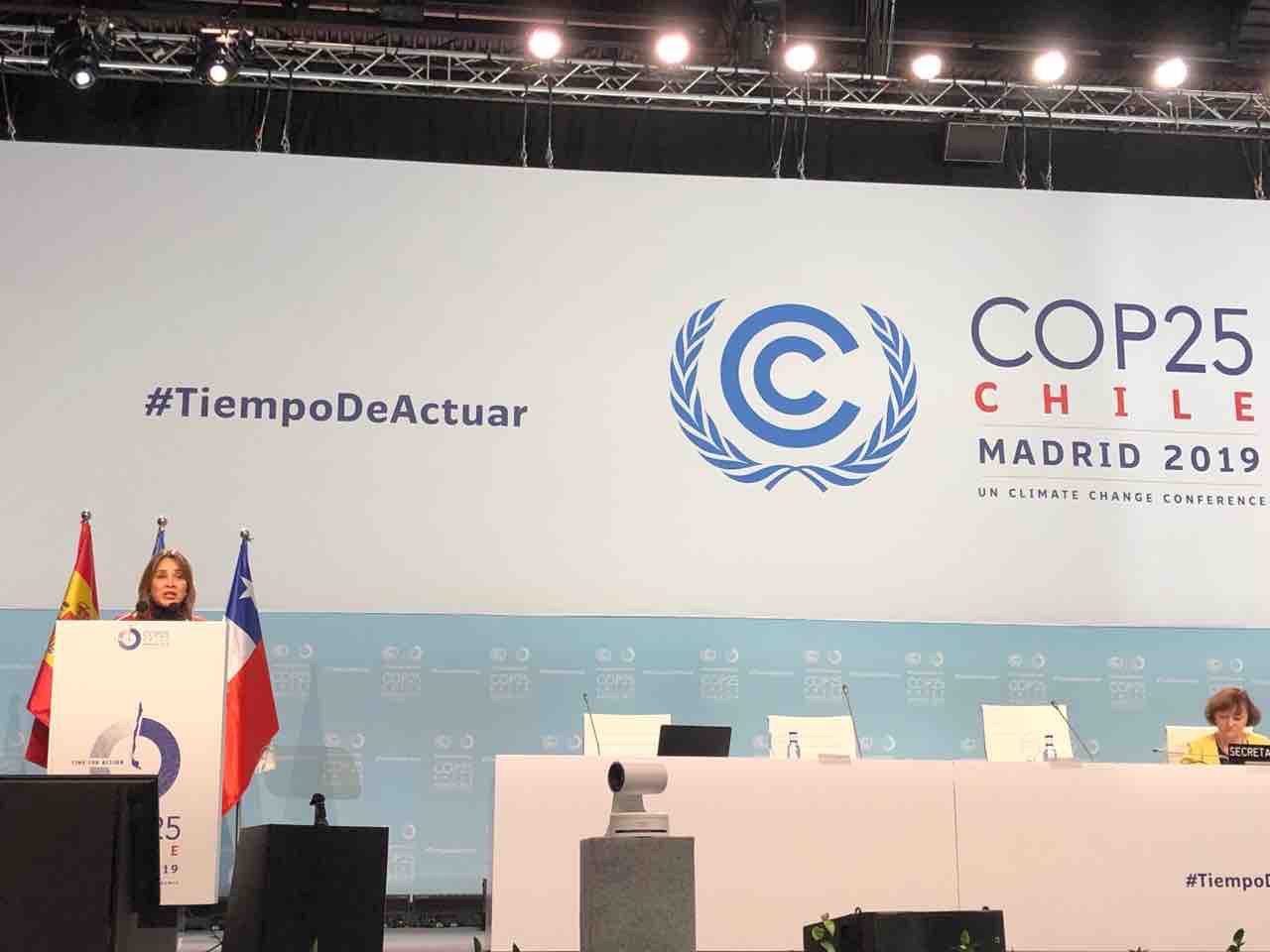