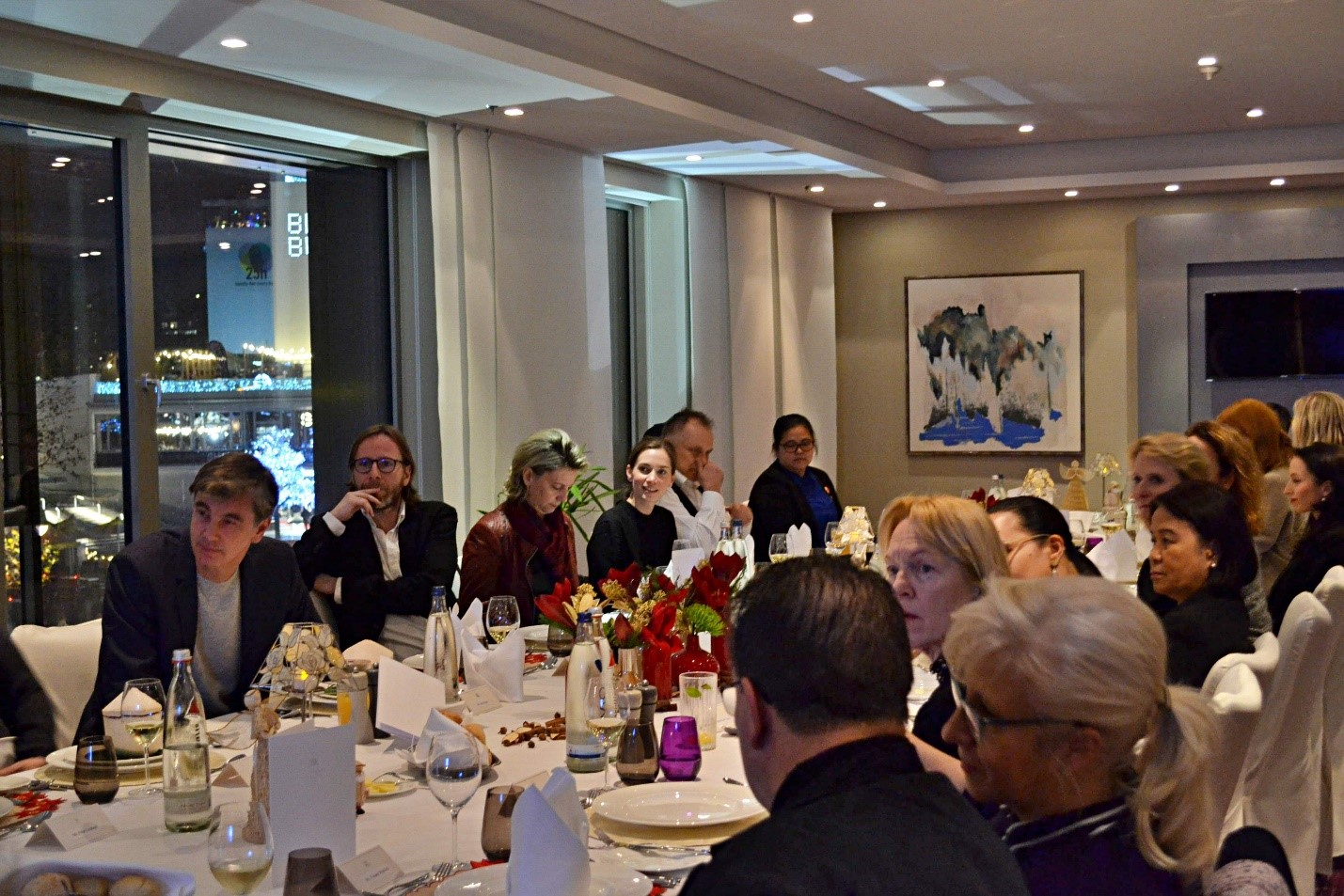 Guests at the special dinner (all photos by CRH Malasig)

Berlin-based media personalities, bloggers, and some of the city’s top food critics received a special introduction to Filipino cuisine through a Christmas dinner hosted by the Philippine Embassy last December 10, at the Waldorf Astoria Hotel. 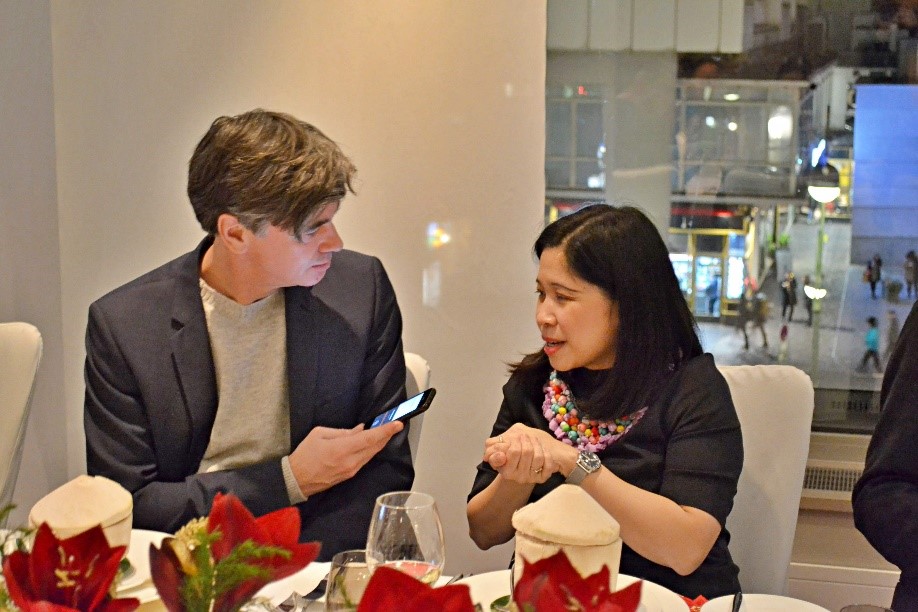 In her remarks during the event, Philippine Ambassador to Germany Maria Theresa Dizon-de Vega described Filipino food as one of the original fusion cuisines with layers of influences from East and West. 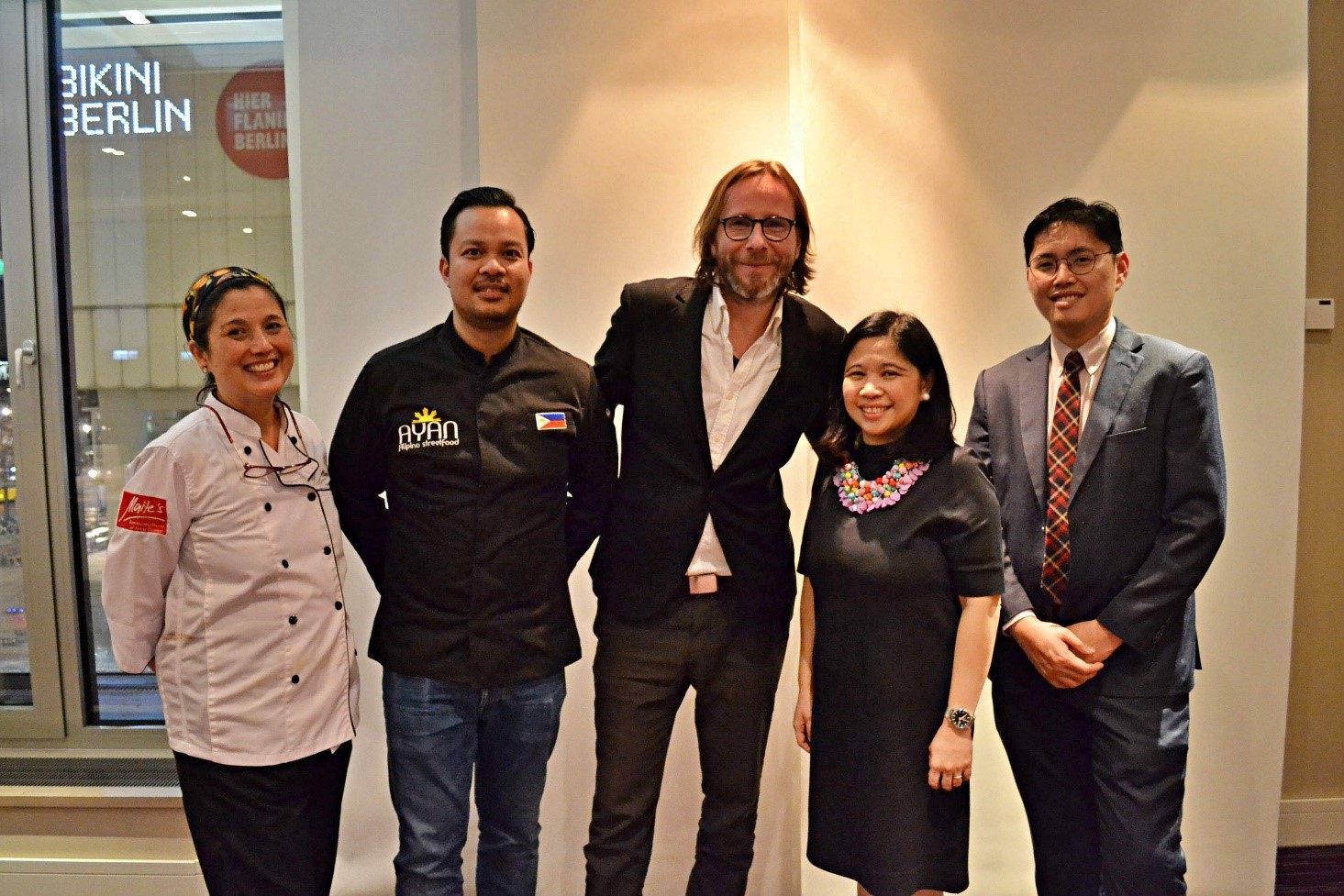 Dishes were served at a table setting using Philippine handicrafts like abaca and capiz plate chargers.

Before taking their places for the dinner, the who’s who of the Berlin food scene had the opportunity to sample Filipino cocktails made of Destileria Limtuaco Dark and Mango Rhum products paired with fishballs, liempo (deep fried pork belly), longganisa (Filipino-style sausage), and adobong Tokwa (tofu) prepared by Chef Bulawan Callanta of Ayan Filipino Streetfood Restaurant. 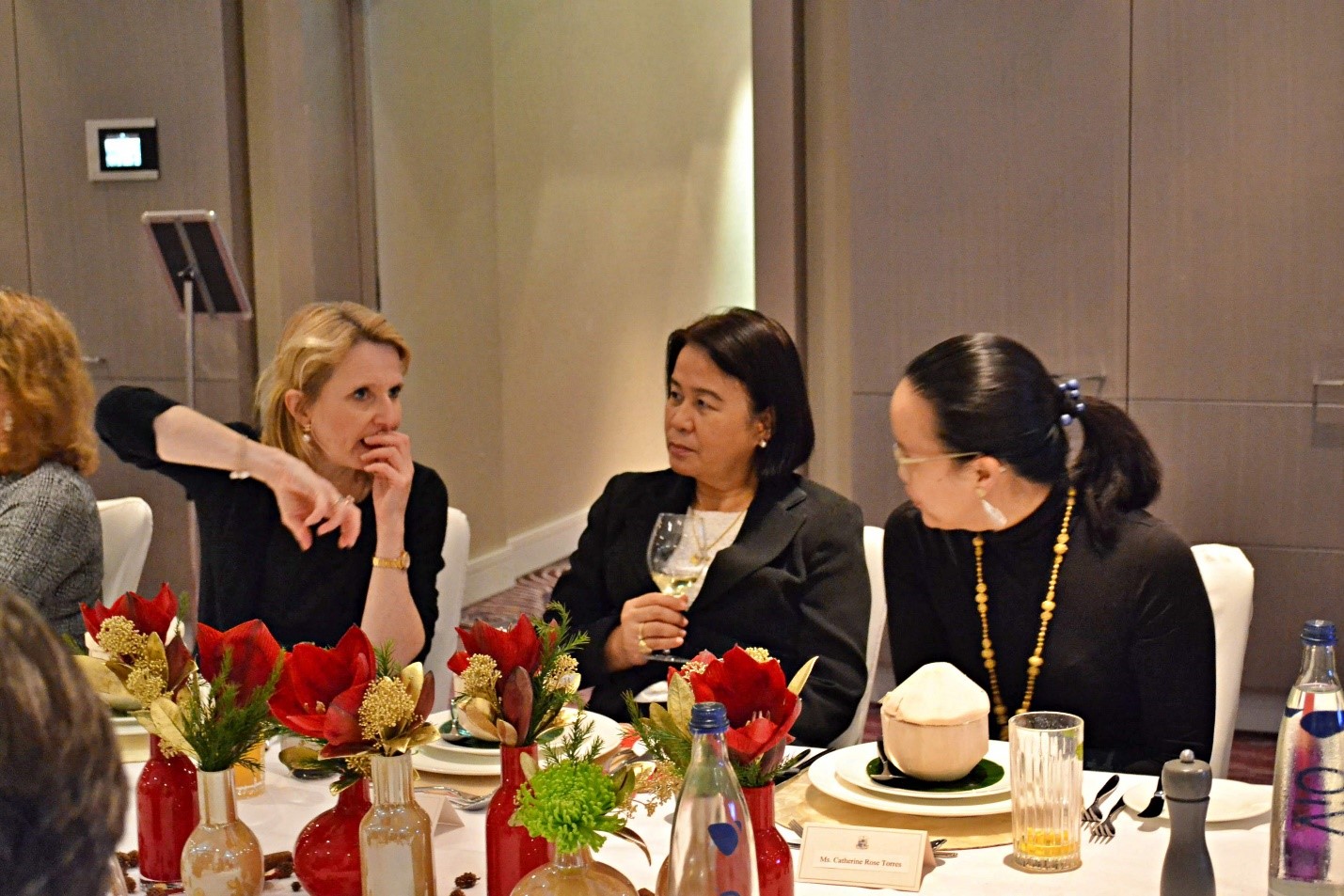 The guests were delighted by the new flavors that they were able to try and the warm Filipino hospitality extended by the Embassy Team that night. Each one went home with a bottle of Don Papa rum, and Malagos and Georgia Ramon Philippinen chocolates – Filipino products that continue to gain popularity in other countries, including Germany. END