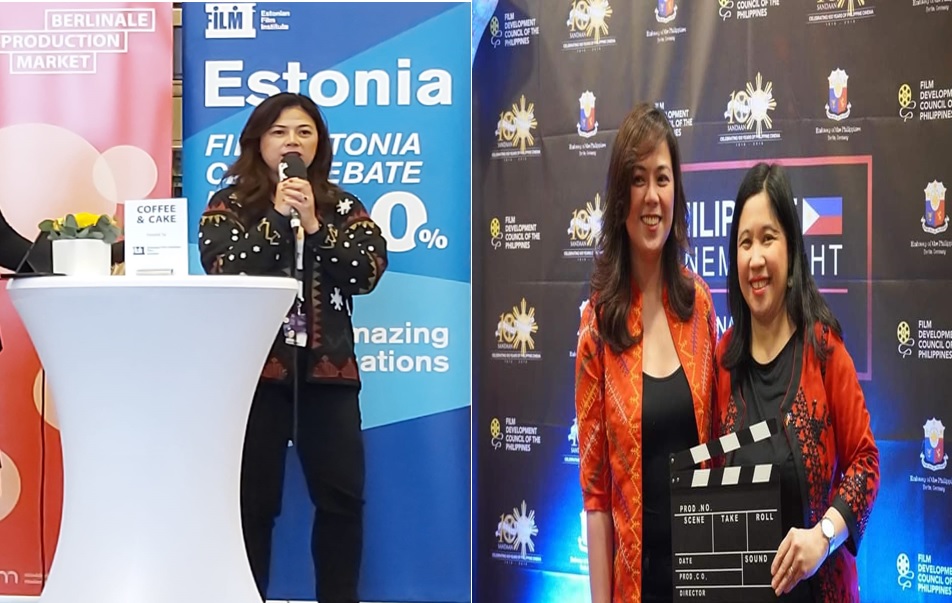 The Philippine presence at the 2020 Berlinale from 20 February to 1 March is one of the largest in recent years with four Philippine-themed and co-produced films screening at the one of the world’s top festivals.

The Philippines likewise took part in the Berlinale Co-production market via “Boldstar” a new film written by Rody Vera and to be directed by Antoinette Jadaone and produced by Bianca Balbuena and Dan Villegas. The film was pitched to various potential international partners at the co-production market.

Touting the theme of the new programs, “Let’s Create Together” Chair Diño-Seguerra shared that the Philippines offers not only diverse and beautiful filming locations but also a creative community which is vibrant, dynamic, and welcoming.

For her part, Philippine Ambassador Theresa Dizon-De Vega assured the Philippine film sector and the FDCP of the Embassy’s continuing support in raising the profile of Philippine cinema in Germany. 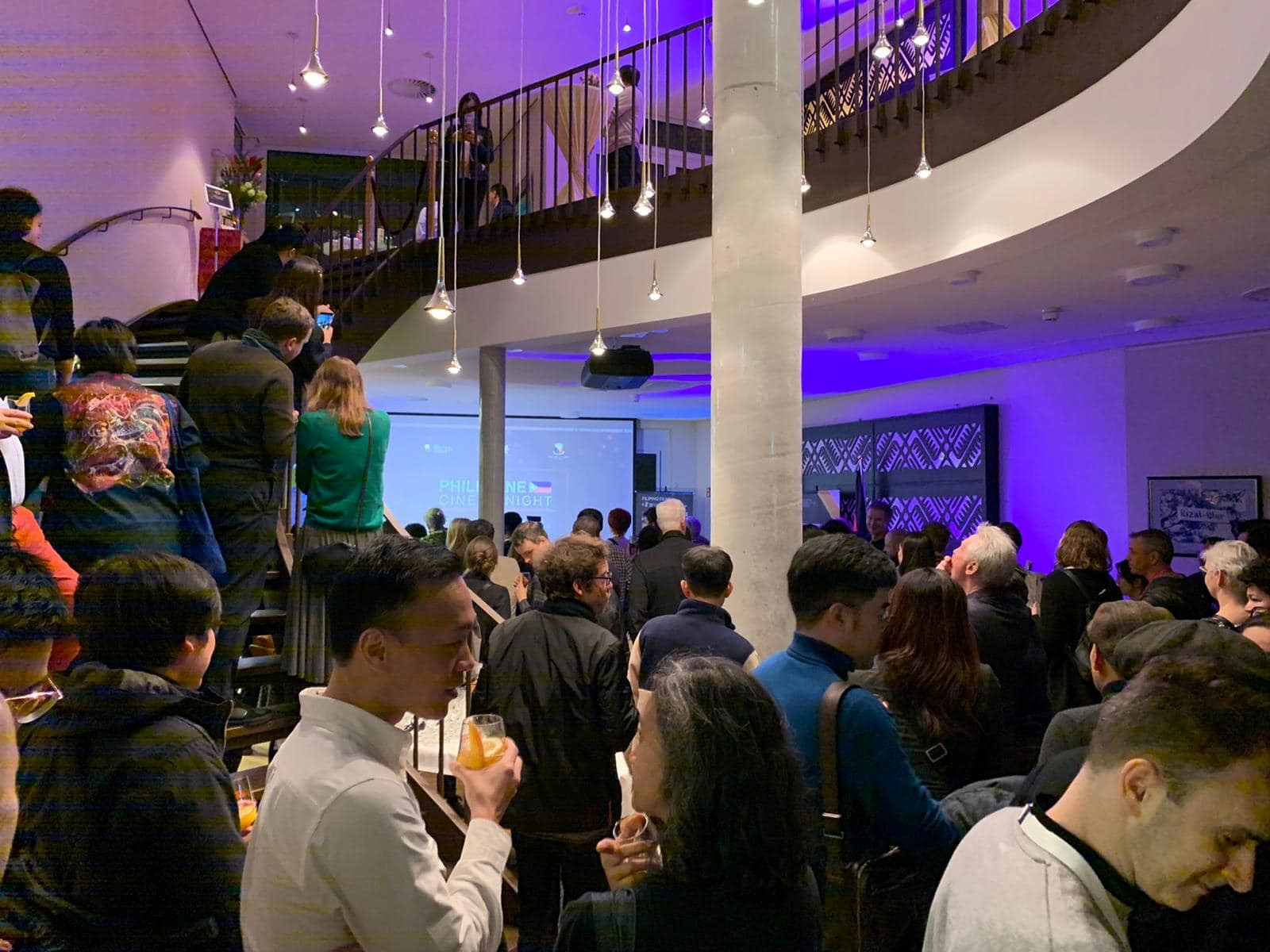 Guests enjoying the atmosphere at the Philippine Cinema Night 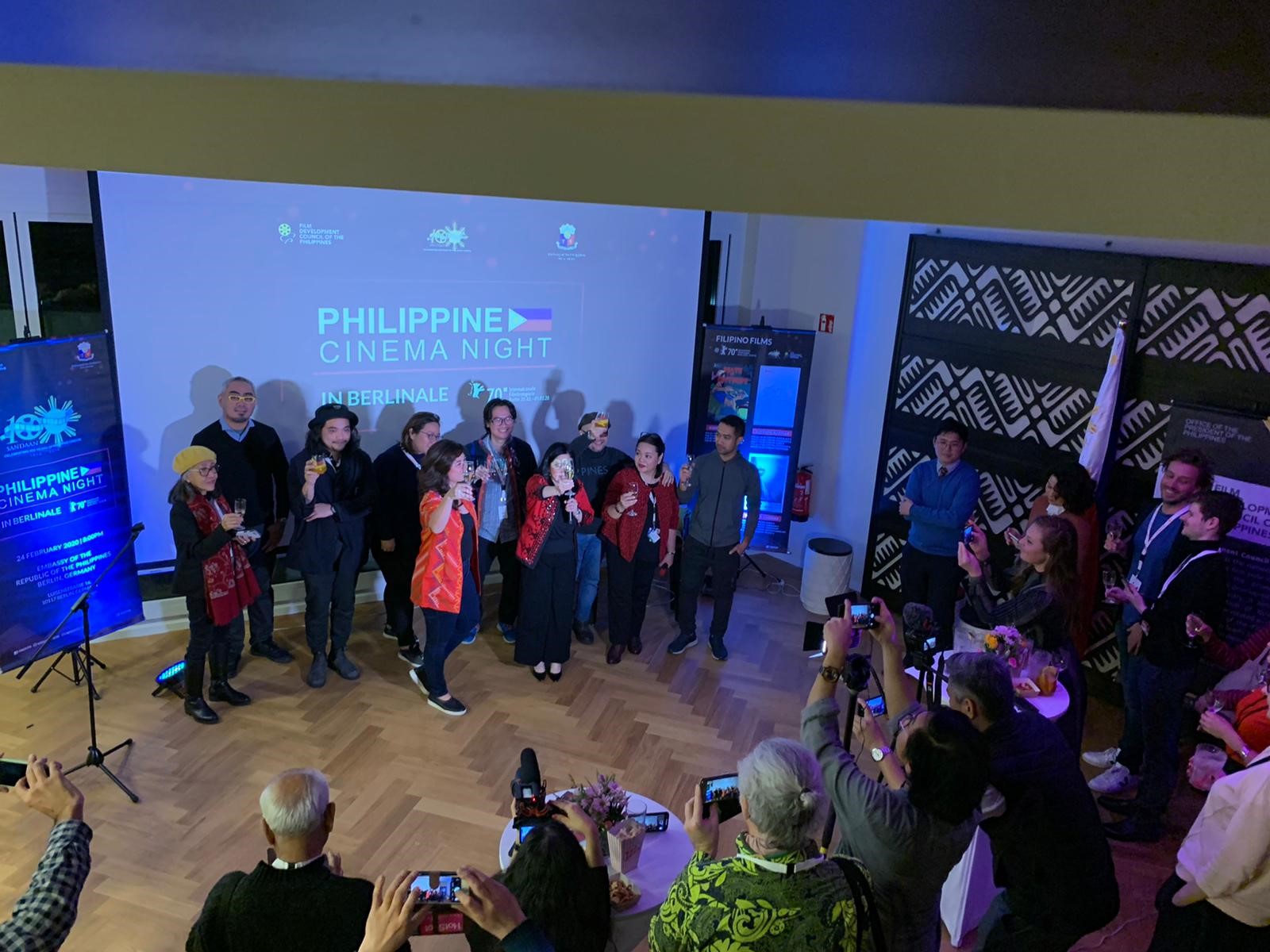 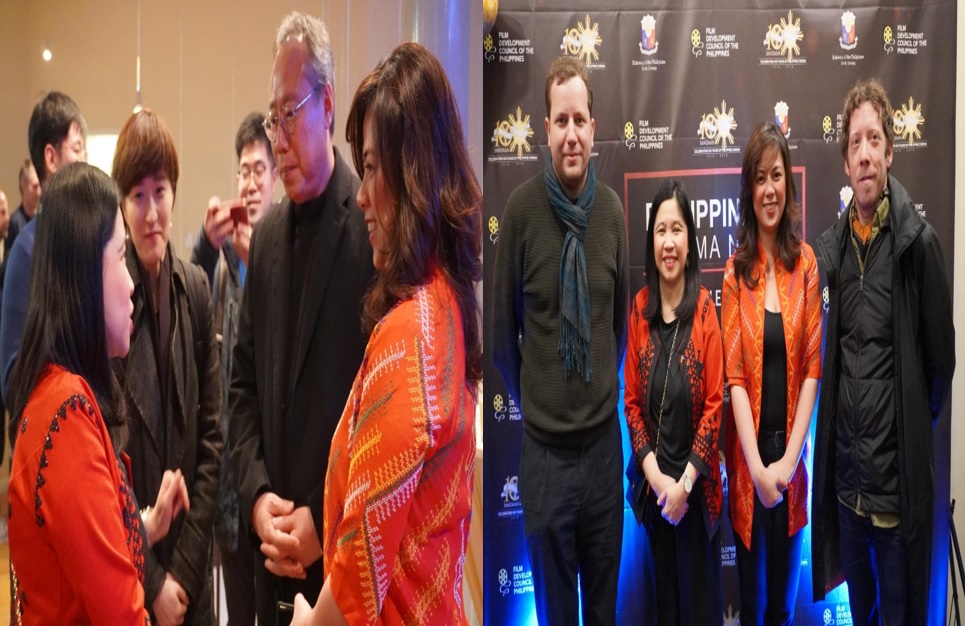 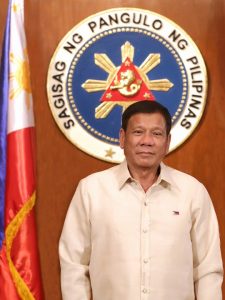 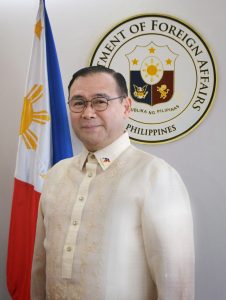 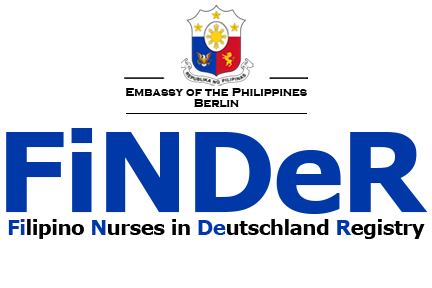