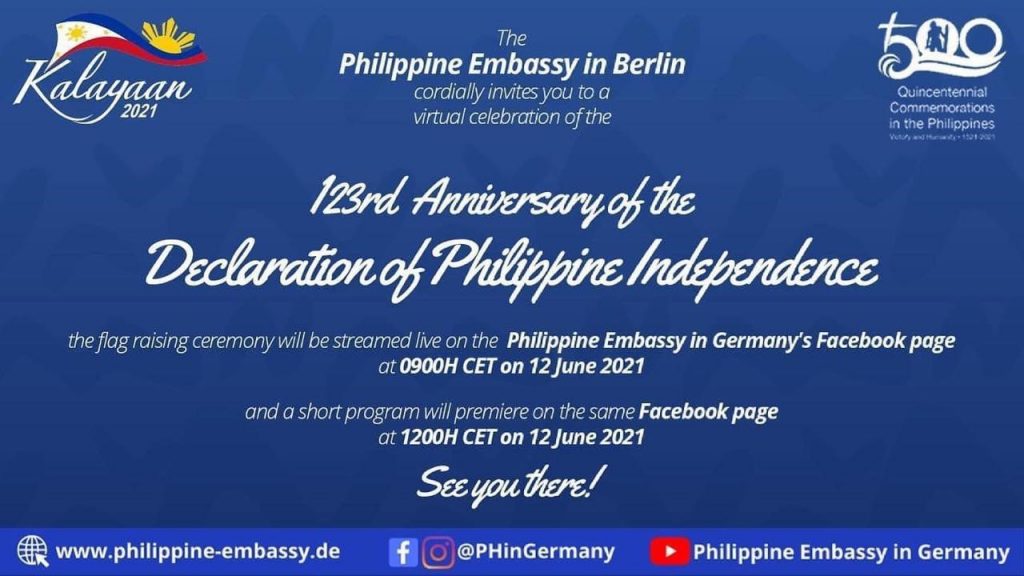 13 June 2021, Berlin – With public event restrictions still in place, the Philippine Embassy in Berlin commemorated the 123rd anniversary of the Proclamation of Philippine Independence with the German government, the Filipino community in Germany and its international partners with a Virtual Commemorative Program, a live Flag-raising Ceremony, and a Kalayaan 2021gift box. The Virtual Program and Flag-raising Ceremony may both be viewed on the Embassy’s official facebook account.

The online program featured inspirational songs performed by Filipino artists and special guests both from Germany and the Philippines, namely, Berlin-based vocalist and actor Eladio Pamaran, UST-Singers Alumni Jose Mari Rubio, and Tawag ng Tanghalan Champion Anthony Castillo. Messages from the Philippine Consulate General in Frankfurt and Philippine Honorary Consulates in Munich, Stuttgart, and Essen along with Philippine archival images and tourism destinations were likewise included in the virtual program.

In her Independence Day Message, Ambassador Theresa Dizon-de Vega highlighted the resiliency of the Filipino-German community in the face of the pandemic as well as the close cooperation between the Philippines and Germany which was further strengthened during a challenging year.

Ambassador Petra Sigmund, Director General for Asia and Pacific Affairs of the Federal Foreign Office conveyed the German Government’s greetings on the special occasion, stating that “The pandemic has not stopped the dialogue between our two countries” She likewise extended her thanks, especially to the Filipino nurses in Germany, for their committed work in the healthcare sector.

This year’s celebration was made possible through the assistance of the Department of Foreign Affairs, Presidential Communications Operations Office, Department of Tourism, National Historical Commission, National Quincentennial Committee, Office of Presidential Protocol, and the German Federal Foreign Office. 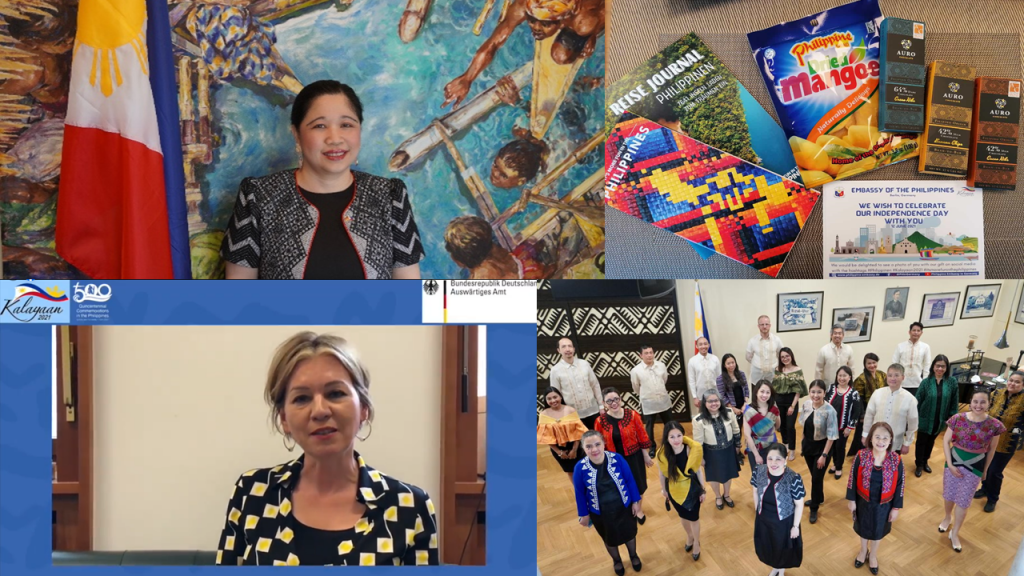 The full videos can be viewed through the following link: https://bit.ly/3zqWuo7 .END