21 July 2021 – The Philippine Embassy in Berlin joined 16 other Embassies from the Asia-Pacific region in the second edition of the Ambassadors in Dialogue (AiD) economic mission to the states of Thuringia and Bavaria on 13-15 July 2021. Organized by the German Asia-Pacific Business Association (OAV), AiD is a platform to provide opportunities for closer engagement among Asia-Pacific countries and leading German companies. PE Berlin was represented by Minister and Consul Gerardo P. Abiog.

The delegation first visited Thuringia where they were welcomed by Minister-President Bodo Ramelow who noted the growing engagement between his state and several Asia-Pacific countries in the areas of investment and educational cooperation, as well as the open business climate provided by Thuringia. This was followed by a networking session with some of the state’s leading start-up enterprises in the technology and manufacturing sectors. The delegation also called on the Lord Mayor of Erfurt, Andreas Bausewein, at the city’s historic town hall. The following day, the AiD group visited two of the most important investment facilities in the state, the IHI Charging Systems International (producers of turbo chargers for European automobile manufacturers) and N3 Engine Overhaul Services which performs overhaul of Airbus aircraft engines. 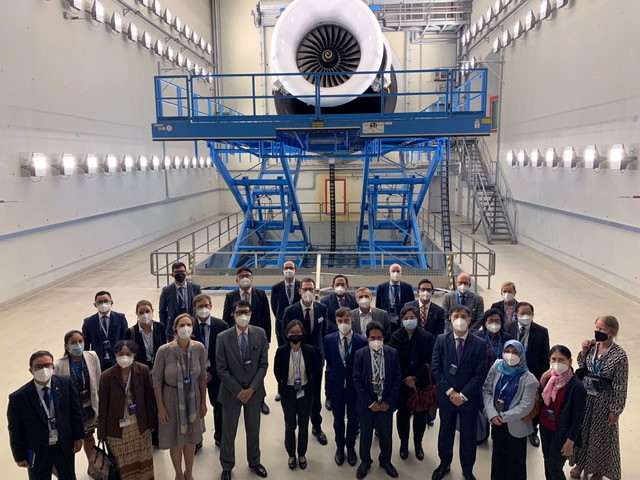 The AiD delegation visiting the engine testing facility of N3 in Thuringia. (photo courtesy of OAV)

The second leg of the mission began with a visit at the Bavarian State Chancellery in Munich were delegation was greeted by Bavaria Minister-President Markus Söder, followed by a meeting with Bavaria Minister of State Dr. Florian Herrmann. Later in the afternoon, the group was welcomed by Brainlab AG CEO and Founder Stefan Vilsmeier at his company’s headquarters, who gave the delegation a personal tour and briefing on Brainlab’s various technological products in the field of medical surgery. The mission was capped with a networking dinner hosted by BMW AG at its exhibition center and events hall. END 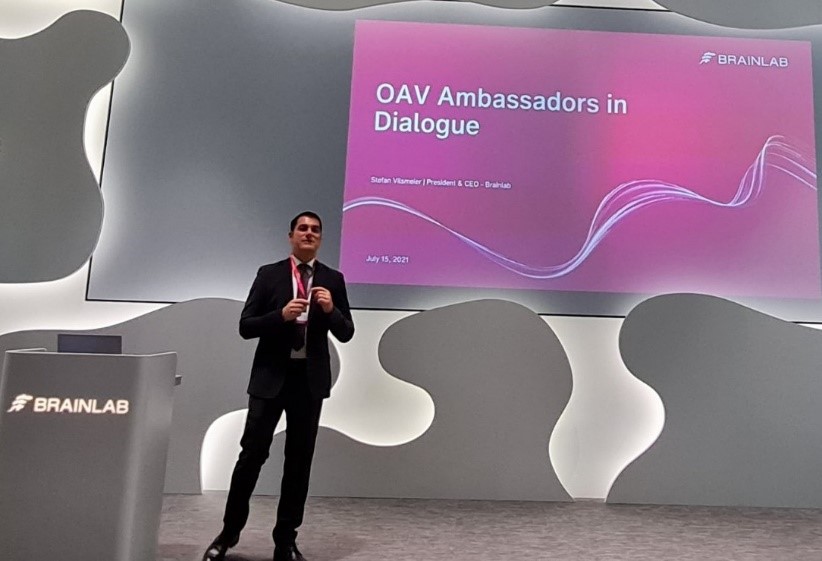