The Philippines mounted its biggest participation yet in Anuga, the “World Food Market,” from 10-14 October 2015 in Cologne (Koeln), Germany, with 35 homegrown companies jointly flying the FoodPhilippines banner and generating US$66 million worth of sales according to preliminary figures from the Department of Trade and Industry (DTI). Two other Filipino companies participated in the fair with booths of their own. 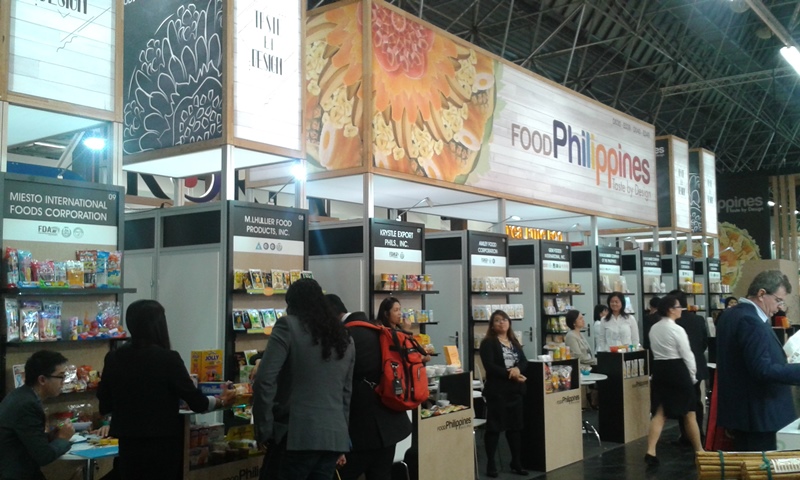 Senator Cynthia Villar, chairperson of the Senate Committee on Food and Agriculture and author of various legislation on food safety, security, and sustainability, attended the exhibition together with officials of the DTI, the Department of Agriculture (DA), and the Philippine Embassy in Berlin.

Traditional exports such as frozen and canned tuna, dried mangoes, banana chips, virgin coconut oil, and other fruit and fish products dominated the Philippine showcase, while Malagos chocolate from Davao, organic muscovado sugar from Negros, and heirloom rice from the Cordilleras were some of the artisanal  specialties represented from the different regions. 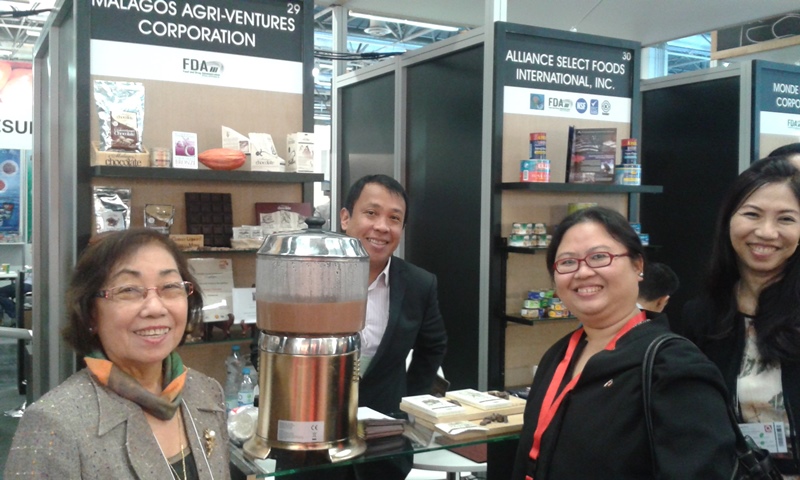 Conceptualized by the DTI’s Center for International Trade, Expositions and. Missions (CITEM), the Philippine pavilion occupied a prime location in the center of Hall 1 of the Koelnmesse, which featured fine food products from Asia. It included a cooking demonstration area, where two chefs from the Vikings Buffet Restaurant chain in Manila prepared various dishes using ingredients from the exhibiting companies. 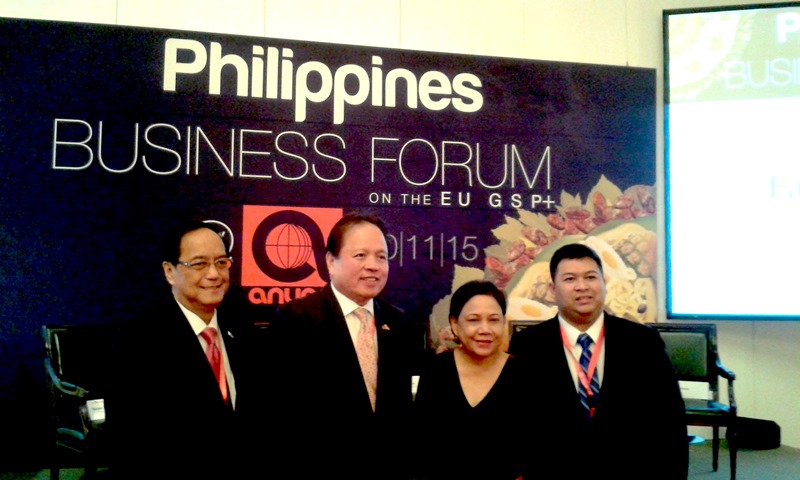 With more than 7,000 exhibitors from 108 countries, the 33rd Anuga was reportedly the biggest installment of the world’s leading food fair for the retail trade and the food service and catering market, which is held every two years. It included ten specialized trade fairs, such as the Anuga Fine Food, Anuga Frozen Food, and Anuga Organic.

Germany’s Federal Minister of Food and Agriculture Christian Schmidt opened the event, and welcomed Minister of Agricultural Development Evangelos Apostolou from Greece, which was Anuga’s partner country for 2015. END.