The Philippine Embassy in Berlin marked the 119th Anniversary of the Proclamation of Philippine Independence on June 22, at the Maritim Hotel Berlin, with a Filipino dinner prepared by the renowned Kulinarya Team of Filipino chefs for 60 guests and 30 members of the Embassy Team. 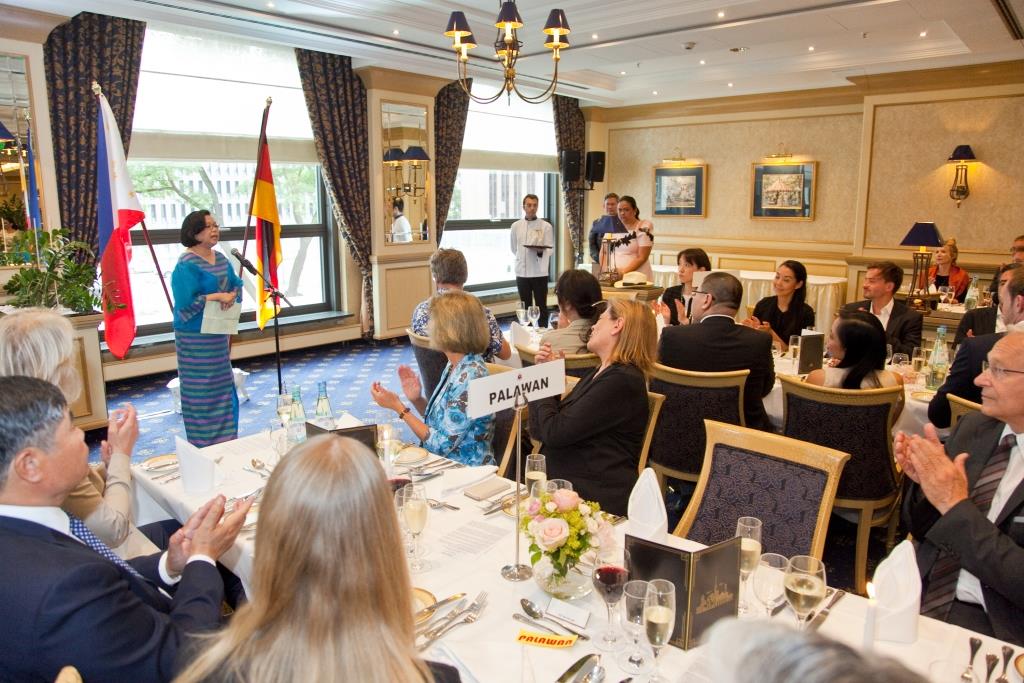 The dinner started with the remarks of Philippine Ambassador Melita Sta. Maria-Thomeczek, followed by a response by Federal Foreign Office Director General for Asia-Pacific, Ambassador Ina Lepel, as well as a toast. 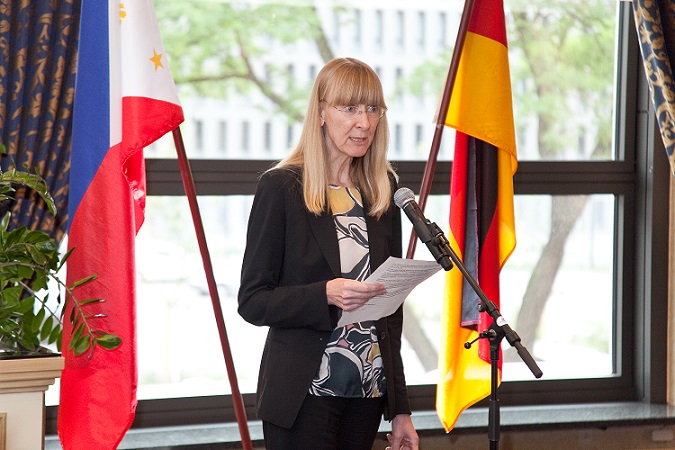 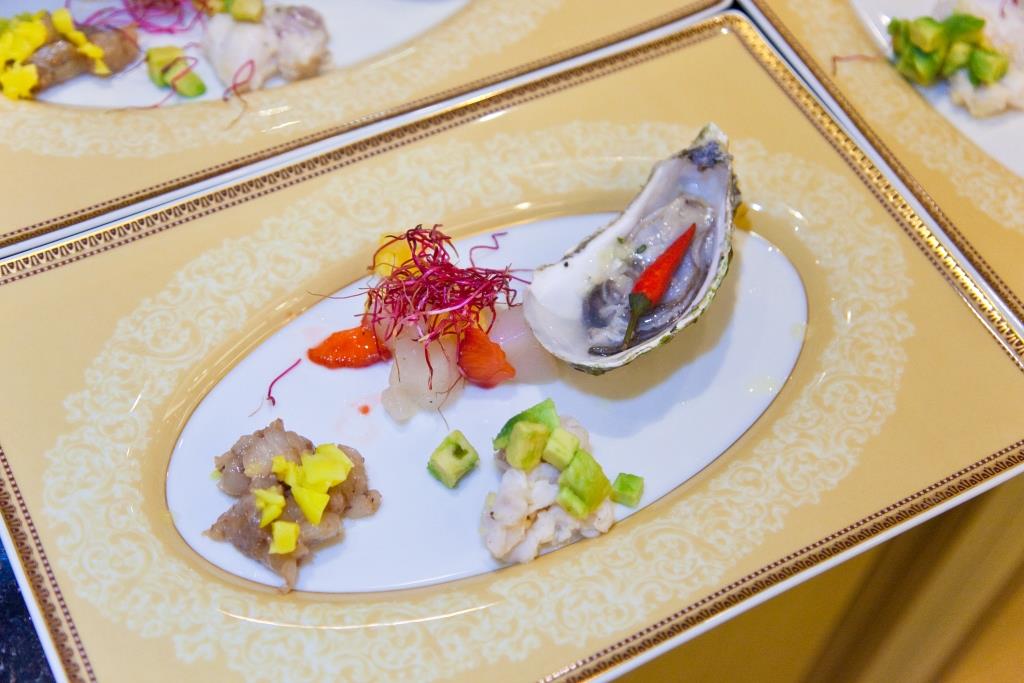 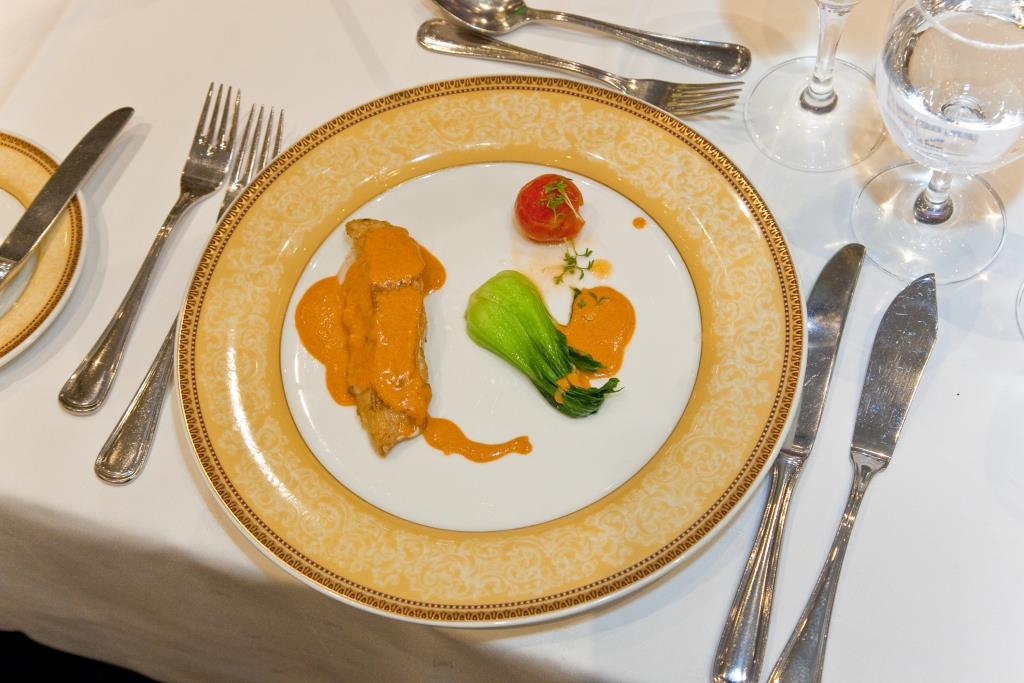 Guests from the German Parliament and Foreign Ministry, members of the diplomatic corps, local media, and other personalities from the arts and culture scene lingered late into the night as they enjoyed an impressive dessert spread of turrones de Manila, canonigo, queso de bola cheesecake, caramel bars, and torta de tablea, paired with barako coffee and salabat.

“This is indeed a very special occasion because the visit of the Kulinarya Team to Germany coincided with our independence month, so we organized a very rare sit-down dinner reception to celebrate 119 years of Philippine Independence, and to introduce our guests to Filipino food,” Ambassador Thomeczek said. 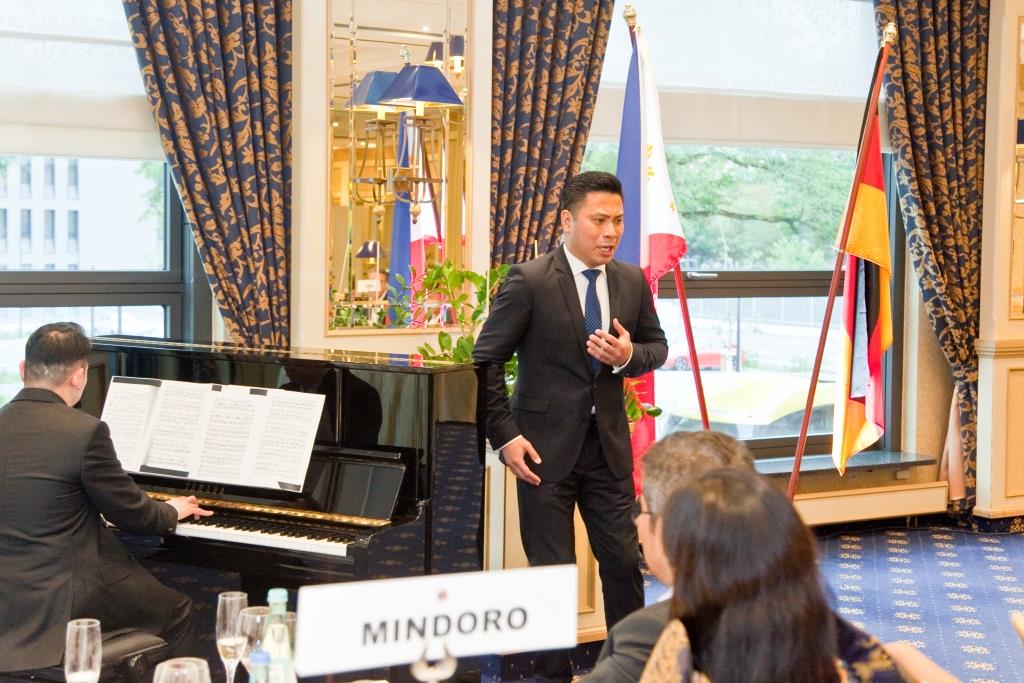 The night was made even more special by the musical performance of professional Filipino classical singer, Mr. Jonathan Zaens, accompanied by Dr. Abelardo Galang II on the piano. 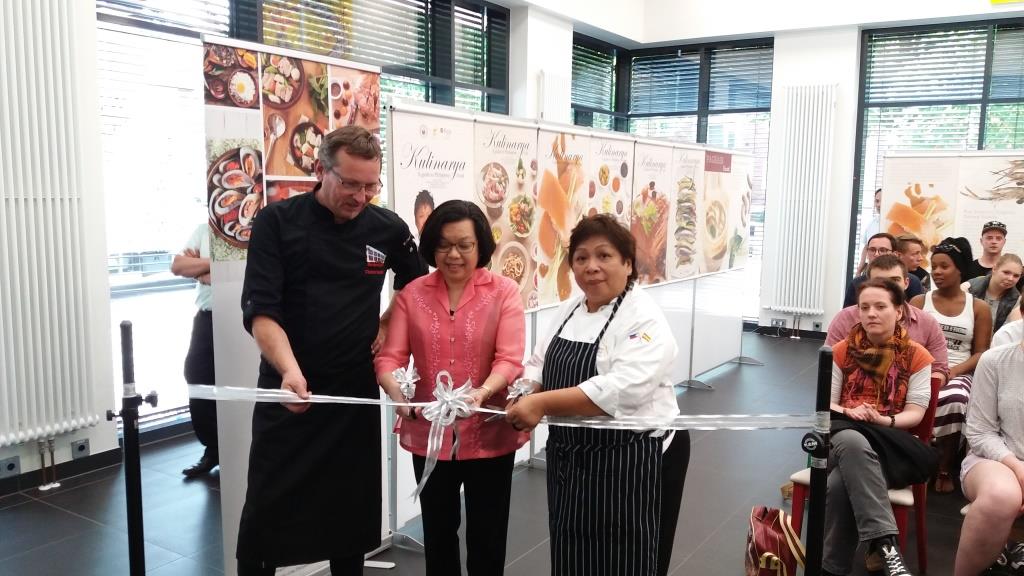 The Kulinarya Team touched base with culinary students during their visits to the Hamburg Hotel School (hotelfachschule) and the Brillat Savarin School in Berlin. 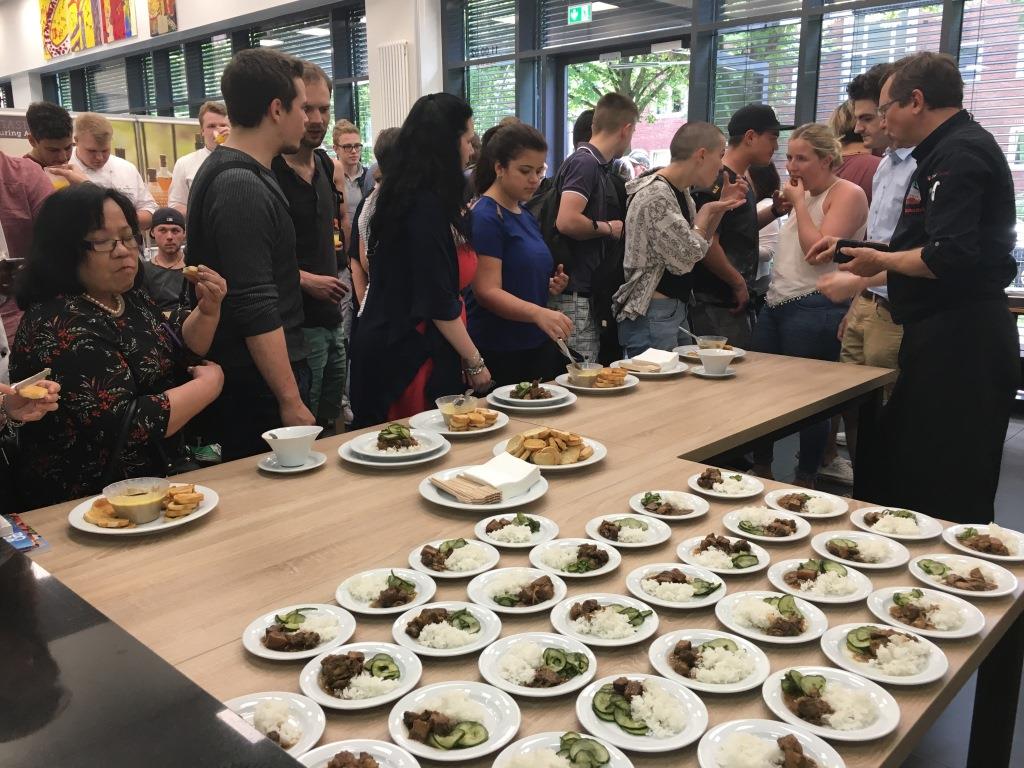 Students get a taste of Filipino sampler set.

The event’s highlight was a lecture on Filipino flavors by Ms. Michaela Fenix attended by some 80 faculty members and students, and an adobo cooking demonstration by Chef Myrna Segismundo, assisted by fellow Kulinarya Team chefs, Jill Sandique and Raul Ramos.

After the program, students eagerly lined up to taste a sampler set prepared by the Kulinarya Team composed of adobo paté, adobo, rice, and ginataang halu-halo, as well as cocktails made of Filipino alcoholic beverages. They found the flavors very interesting and refreshingly different from other Asian cuisines. School officials also had a taste of Filipino kaldereta during a simple lunch shared with Embassy personnel and the Kulinarya Team. 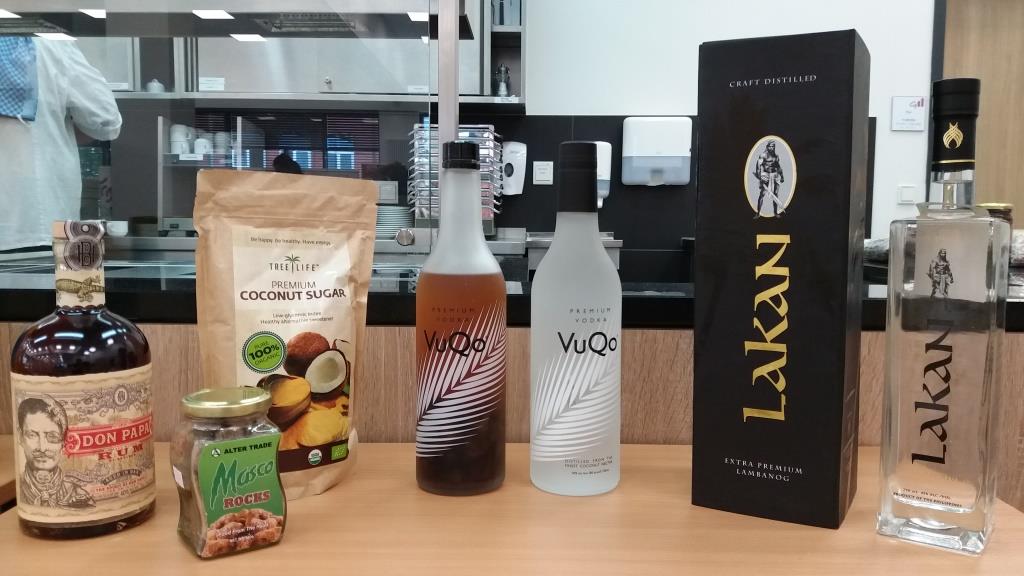 Some of the Filipino products on display

Each student received a goodie bag containing pili nuts or a Philippine liqueur sampler set, and tourism materials. Kulinarya and Panaderia books were also bought by those who wish to learn Filipino cooking. 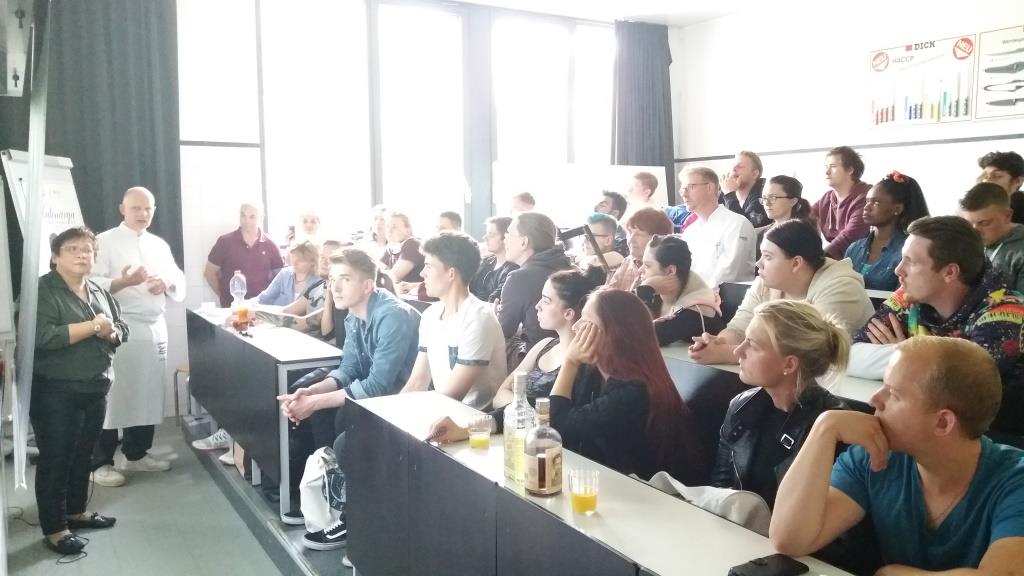 The same lecture at the Brillat Savarin School in Berlin on June 23 was also well-attended. Philippine vinegar and soy sauce, ube, pili nuts, and atsara, picked the students curiosity, encouraging them to ask questions on how to use the rare ingredients in their recipes.

The Embassy’s partnership with the two culinary schools was made possible by the efforts of Hotelfachschule Hamburg offcials, Robert Panz and Ctefan Wohlfeil; and Niklas Siebecke and Jürgen Dietrich of Brillat Savarin School.

The Kulinarya Tour garnered a lot of attention, both from the Filipino and international media, most notable of which is a feature article entitled, “Philippine cuisine is catching on, and these are the dishes you need to try,” published last June by online magazine Forbes.com.

The events and interviews with Ambassador Thomeczek and Ms. Segismundo were also featured on GMA’s News to Go and Balitanghali newscasts and Rappler.

Germany was the last stop of the Kulinarya Team, the Philippines’ food ambassadors, in their five-week culinary tour of Europe, which included visits to the United Kingdom, Belgium, and the Netherlands. END 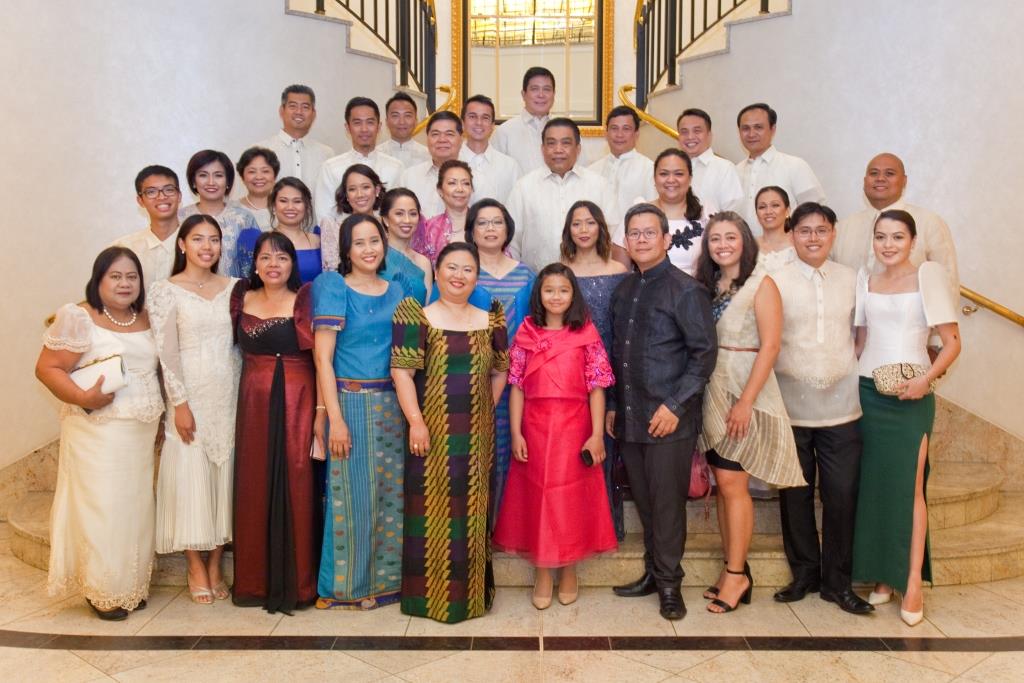