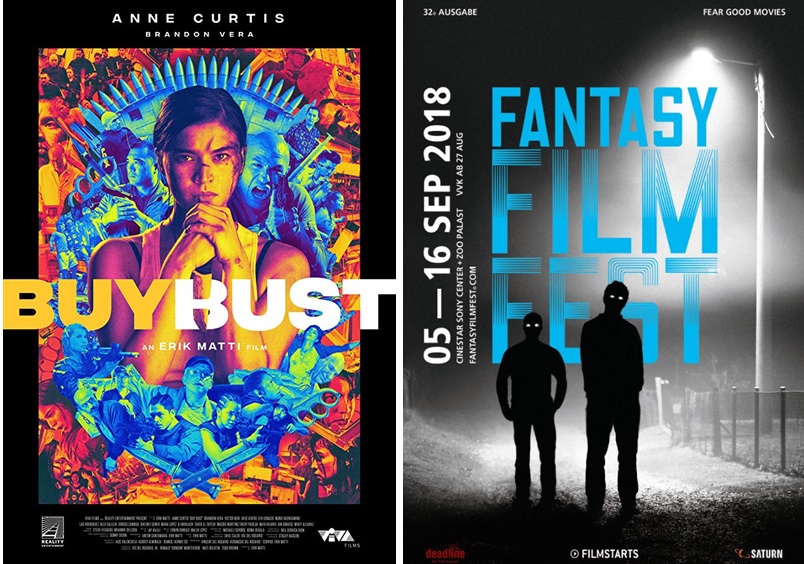 Acclaimed Filipino director Eric Matti´s action-thriller film “Buybust” premiered in Europe as part of the Fantasy Film Festival on September 11, 2018 at the Zoopalast in Berlin.  This was shortly followed by another screening at the Cinestar Sony Center on September 15.

BuyBust is a 2018 Philippine action thriller film co-written and directed by Matti and stars an ensemble cast top-billed by Anne Curtis and Brandon Vera. The plot centers on an elite anti-drug enforcement squad summoned to conduct a drug bust in a Manila slum. Realizing the mission is poorly executed, the team find themselves trapped by settlers and attempts to escape by fighting their way out.

Buybust was shown in Philippine cinemas in August this year following a successful premiere at the New York Asian Film Festival in June.  Variety’s Richard Kuipers described “BuyBust” as “superbly” directed and a “must-see” for fans of the genre.  Screen Daily reviewed it as “one of the most blistering action pictures since Mad Max: Fury Road.”

This year´s Fantasy Film Festival in Berlin is from 5-16 September 2018. The festival presents horror movies ,crime thrillers, bringing a unique mix of genre films to its audience. With about 50 films, Fantasy Filmfest has become one of the largest alternative film festivals in Germany having screenings in Berlin, Frankfurt, Hamburg, Cologne, Stuttgart, Nürnberg and Munich.  END