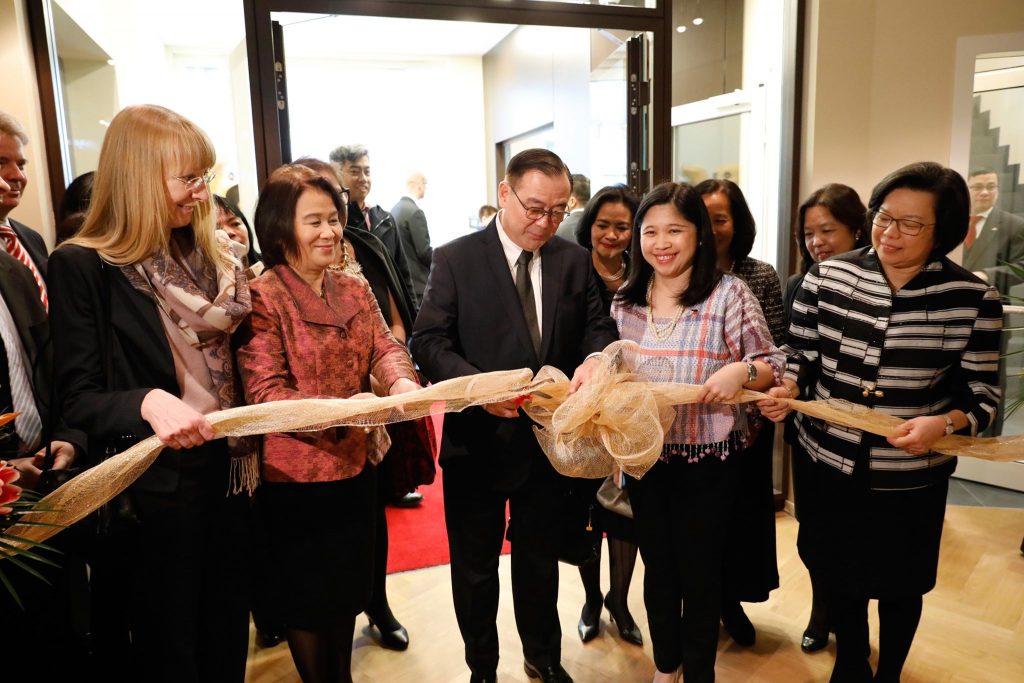 Joining him in the ribbon-cutting were DFA Undersecretary for Administration and Ambassador-designate to Germany Ma. Theresa Dizon-De Vega, Chargé d’affaires Lillibeth V. Pono, and former and incumbent DFA officials who played a role in the completion of the building project. Among them were former ambassadors to Germany Melita Sta. Maria-Thomeczek and Ma. Cleofe Natividad, who now helms the Philippine Embassy in Vienna, and former Undersecretary for Administration Linglingay Lacanlale, who is now ambassador to Argentina. Also present were DFA Assistant Secretary for European Affairs Ma. Amelita Aquino, and Consul General Evelyn Austria-Garcia of the newly reopened Philippine Consulate General in Frankfurt.

The highlight of the inauguration was the Secretary’s address entitled “Independent and Sovereign: The Foreign Policy of the Philippines in a Changing Global Order” before a distinguished gathering of more than 60 guests invited by the embassy. Present were ambassadors and other diplomats from other ASEAN and key Asia Pacific countries, and representatives of the host government, business and civil society. Filipino Community representatives were likewise present.

Before the ceremony, the Secretary had a brief exchange with Ambassador Ina Lepel, head of the Asia-Pacific Directorate of the Federal Foreign Office, who offered her congratulations on the new chancery. 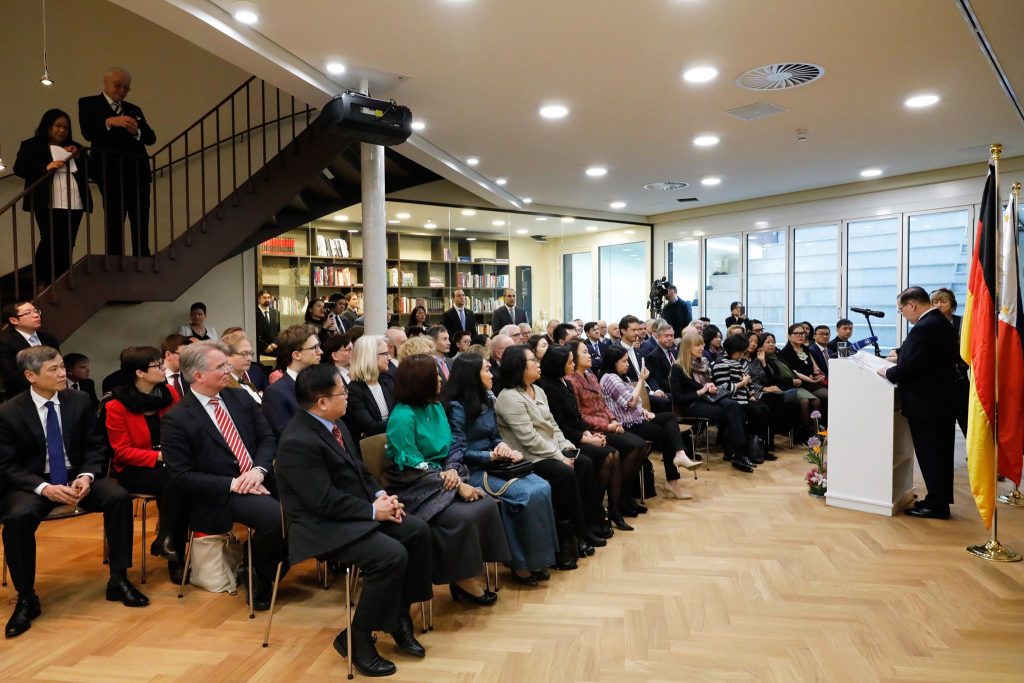 Secretary Locsin presents his views on an independent and sovereign foreign policy.

After the ceremony, the audience was treated to musical performances by Filipino classical singer Jose Mari Rubio and pianist Abellardo Galang II serenaded the audience, and to contemporary Filipino food by Ayan restaurant.

The new chancery is an eight-story property developed on a turnkey basis by Zielconcept GmbH and includes a large cultural space and library to serve as a hub for the embassy’s public and cultural diplomacy programs. (END)