The celebration of National Heritage Month was marked by the Filipino community with a traditional Santacruzan procession last May 26 in Berlin’s Charlottenburg-Wilmersdorf district.

The Catholic celebration commemorates Roman Empress Helena’s finding of the true cross, enriched with elements of Filipino culture and society, such as the inclusion of the indigenous, non-Christian Aetas and the Reyna Mora (Muslim Queen).

In her remarks during the event, Ambassador-designate Maria Theresa Dizon-de Vega underscored the message of inclusivity which the Santacruzan conveys and the openness of Filipino society. She also expressed appreciation for the youth’s participation and the community’s efforts to keep their Filipino heritage alive.

The Ambassador led the Philippine Embassy contingent in this year’s procession, which included Ms. Carolyn Ramoran-Malasig as Reyna Banderada (Queen of the Banner), the character that heralds the arrival of Christianity.

The event was organized by the Filipino community led by Fr. Jun de Ocampo, SVD, and was participated in by first and second generation members of Filipino-German families who took the role of various religious and historical figures.

Churchgoers and Embassy personnel gathered for an open-air salu-salo after the event and enjoyed home-cooked Filipino dishes and desserts that were on offer. END 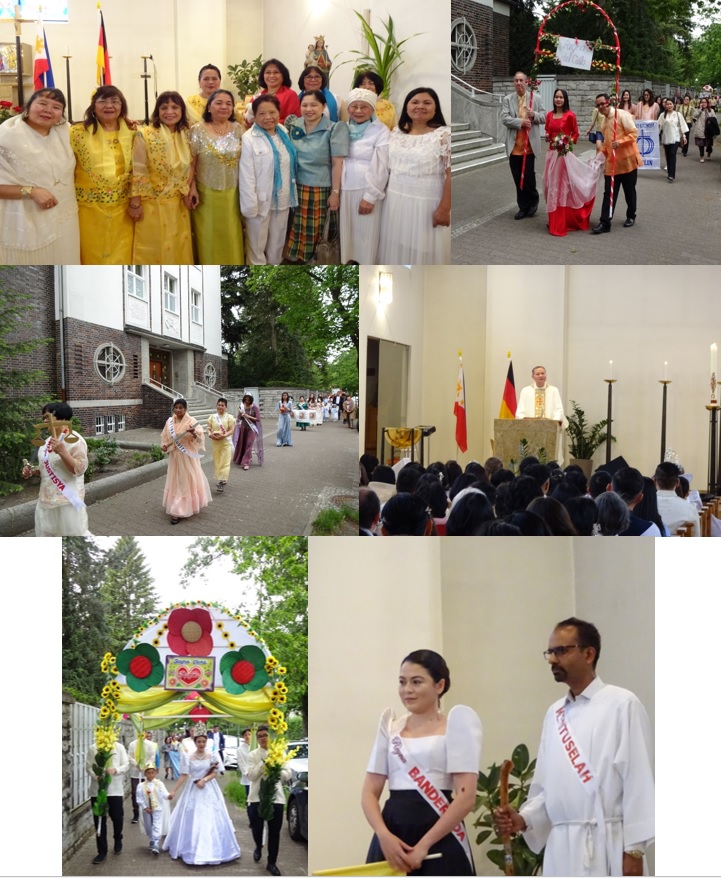