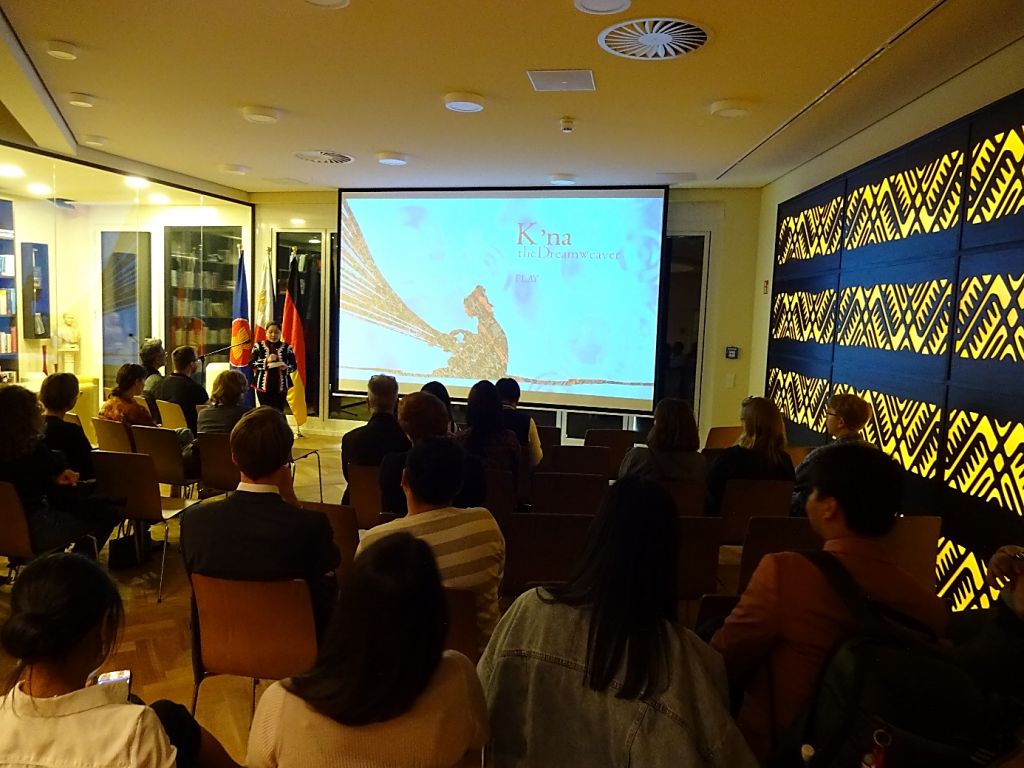 Set in picturesque Lake Sebu in South Cotabato province, the story revolves around the character K’Na, a young T’boli princess who is caught between love and her duty to her community.

The film brought front and center the life and culture of Mindanao’s T’boli people, especially their weaving practices. Dubbed as “dreamweavers,” T’boli women are known for the t’nalak cloth whose intricate designs are believed to be the products of dreams.

Ambassador-designate Maria Theresa Dizon-de Vega personally welcomed the audience made up of individuals from the diplomatic corps, academe, media, arts scene, and the expatriate and Filipino communities.

In her remarks, the Ambassador thanked the audience for joining the Embassy in celebrating National Heritage Month, as well as the unique way of life of the Philippines’ indigenous communities that is little known to the outside world. 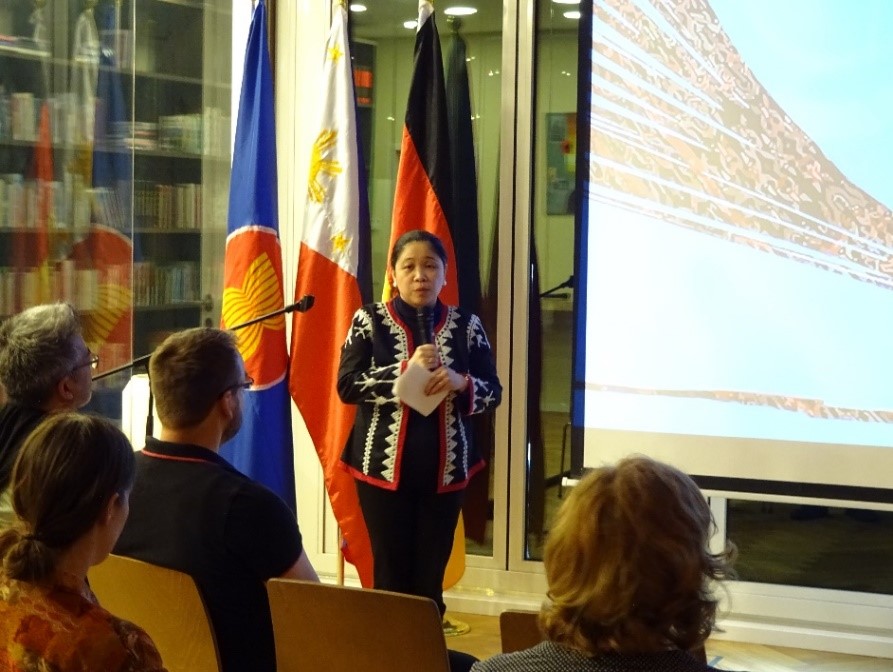 The audience expressed appreciation for the rare opportunity to take a closer look at T’boli culture. They were pleasantly surprised to know that the Philippines is even more culturally and linguistically diverse than they previously thought.

Guests from the Akademie Mode und Design, one of Berlin’s major fashion design schools, who were into sustainable fashion were particularly impressed with the t’nalak, some of which were on display at the Embassy lobby.

The event was capped by an engaging discussion led by Ambassador Dizon-de Vega on the film and the cultural milieu on which it was based. END 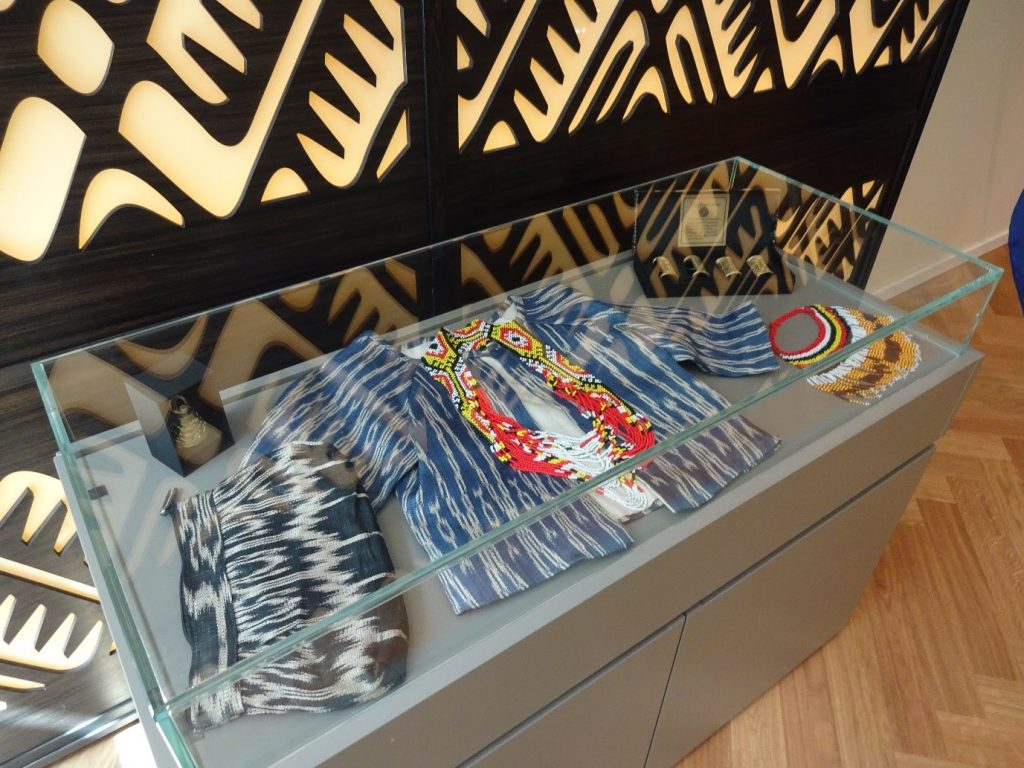