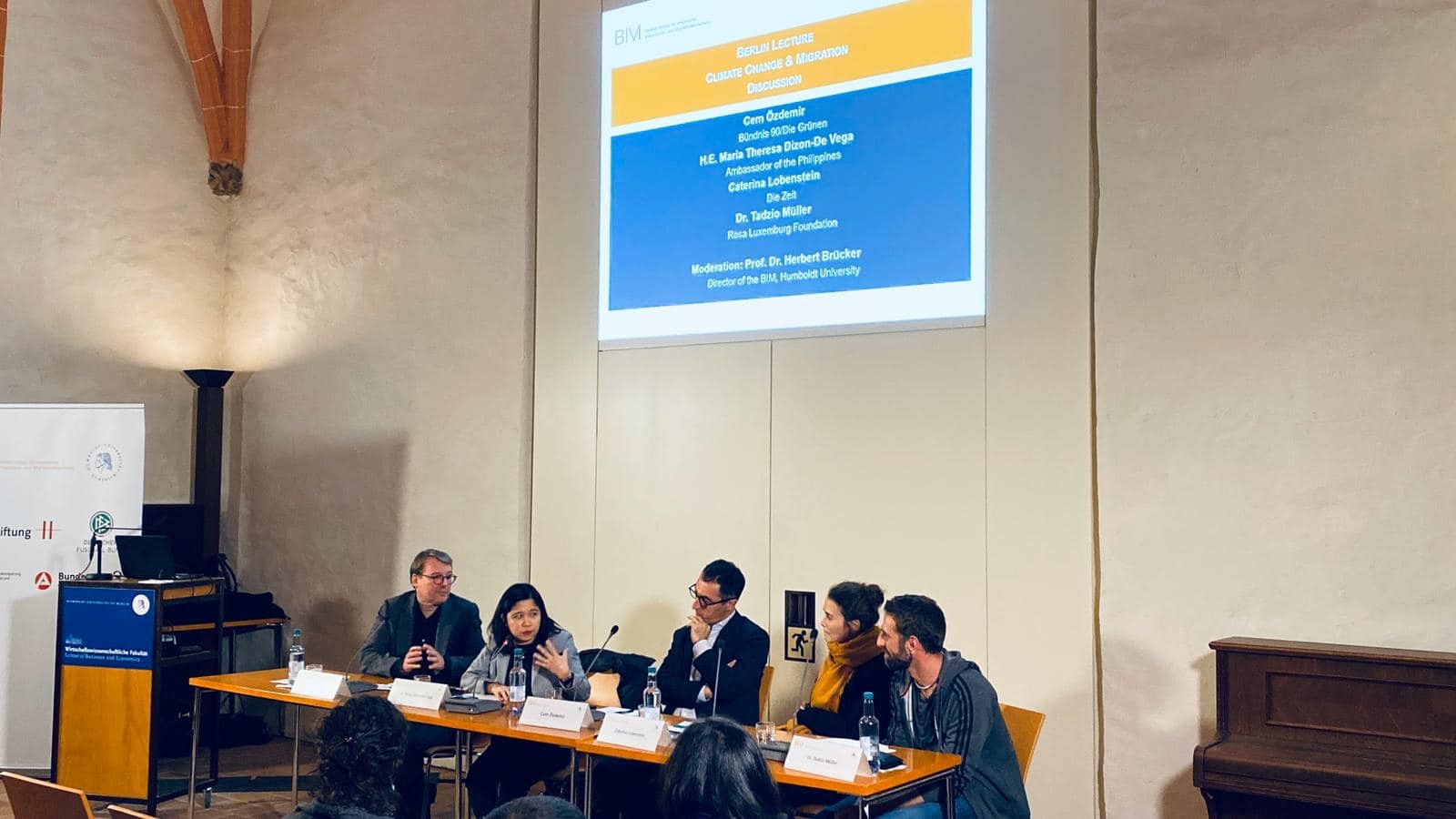 Ambassador Dizon-De Vega discusses a point during the Panel on Climate Change and Migration at Humboldt University (photo E. Alejandrino)

Philippine Ambassador to Germany Theresa Dizon-De Vega joined a distinguished panel of speakers at the Annual Berlin Lecture of the Berlin Institute for Integration and Migration Research (BIM) of Humboldt University on 3 December 2019.

Prof. Docquier’s study analyzes the topic of Climate Change and its impact on agricultural sectors as drivers of migration in Climate Vulnerable Countries in the world, including the Philippines.  The panel discussion which followed included aside from Ambassador Dizon-De Vega, Member of the German Parliament and former Head of the Green Party Cem Özdemir, Journalist Catarina Lobenstein of Die Zeit, and well-known Climate Activist Dr. Tadzio Müller of the Rosa Luxembourg Stiftung.  Ambassador Dizon-De Vega expounded on the Philippine situation in discussing Climate Change and Migration as well as the efforts of the Philippines and other countries to ensure that the impact of Climate Change is embedded in the discussions on global migration governance.  The panel was moderated by Dr. Herbert Bucker of the BIM before an audience of over 150 academics, climate experts, and students. END