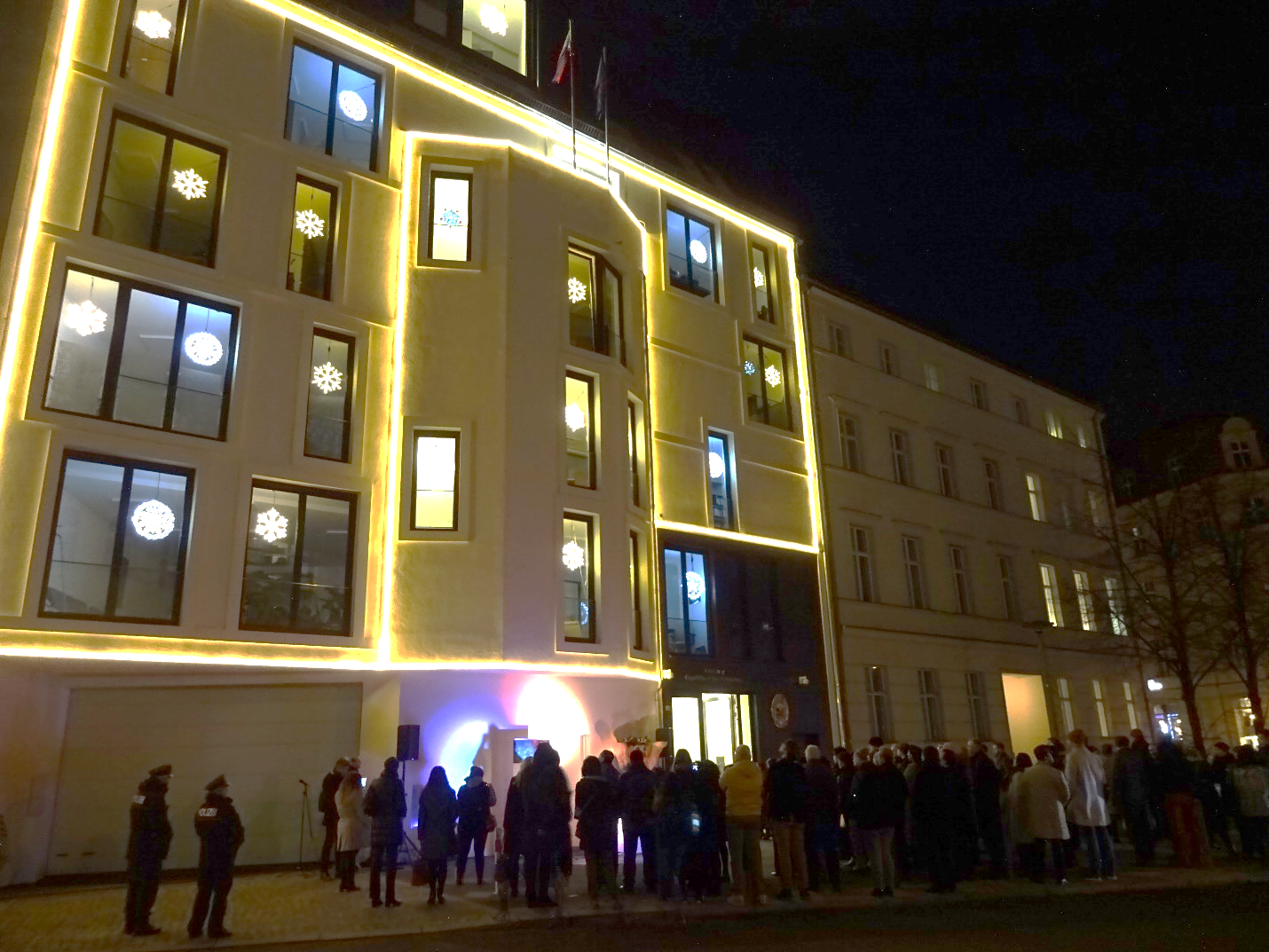 The cold winter night of December 4 in central Berlin was enlivened with  uniquely Filipino cheer with the lighting of traditional Filipino Christmas lanterns from Pampanga on the new Philippine Embassy building’s façade, complemented by additional lighting effects.

The Embassy, which is located in the same area as Berlin’s landmarks, such as the Reichstag (home of the German Parliament) and the Brandenburg Gate, became an instant attraction for the city’s residents after the ceremony. 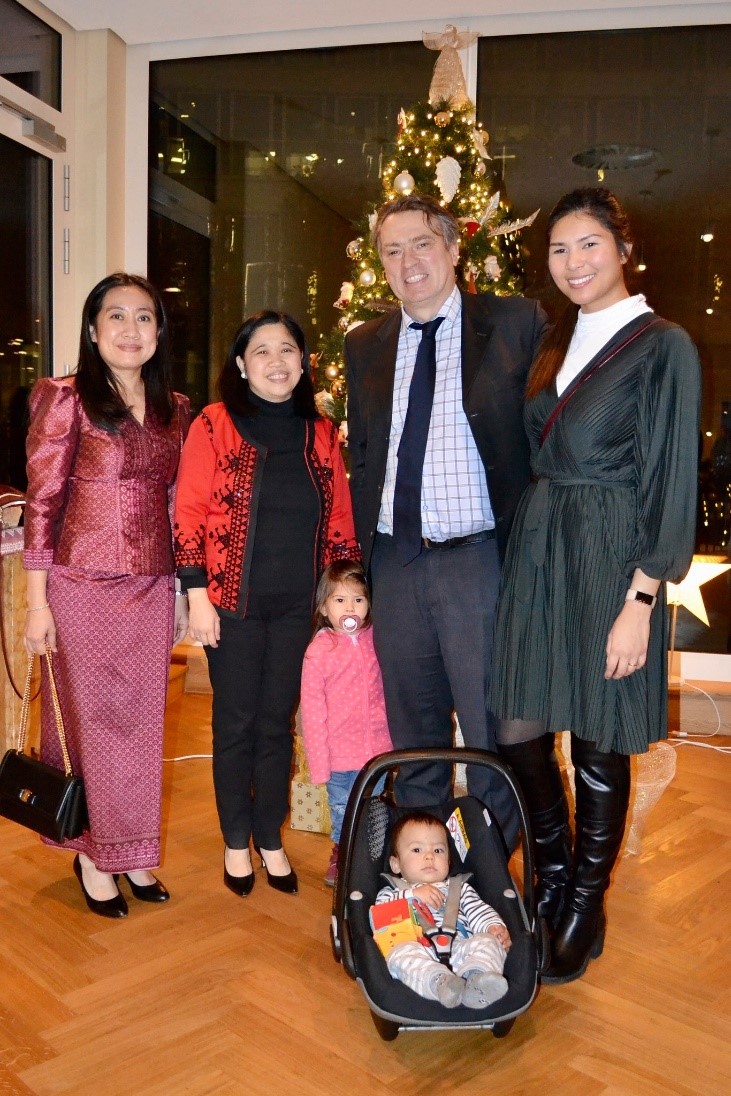 In her remarks during the event, Ambassador Dizon-de Vega said that the event is the Embassy’s way of sharing our homeland’s traditions with our German and other international friends, as the Embassy celebrates its first Christmas in the new Chancery in the heart of the German capital.

The Embassy’s interior also had its share of Christmas decorations. The centerpiece was a Christmas tree with barong-clad Santa Clauses and angels made of Manila hemp (abaca).

Delighted guests enjoyed Christmas favorites like bibingka and lechon accompanied by Benguet Arabica coffee and traditional German gluhwein as festive Filipino Christmas orchestra music and scenes of Christmas in the Philippines filled the halls of the Embassy. END 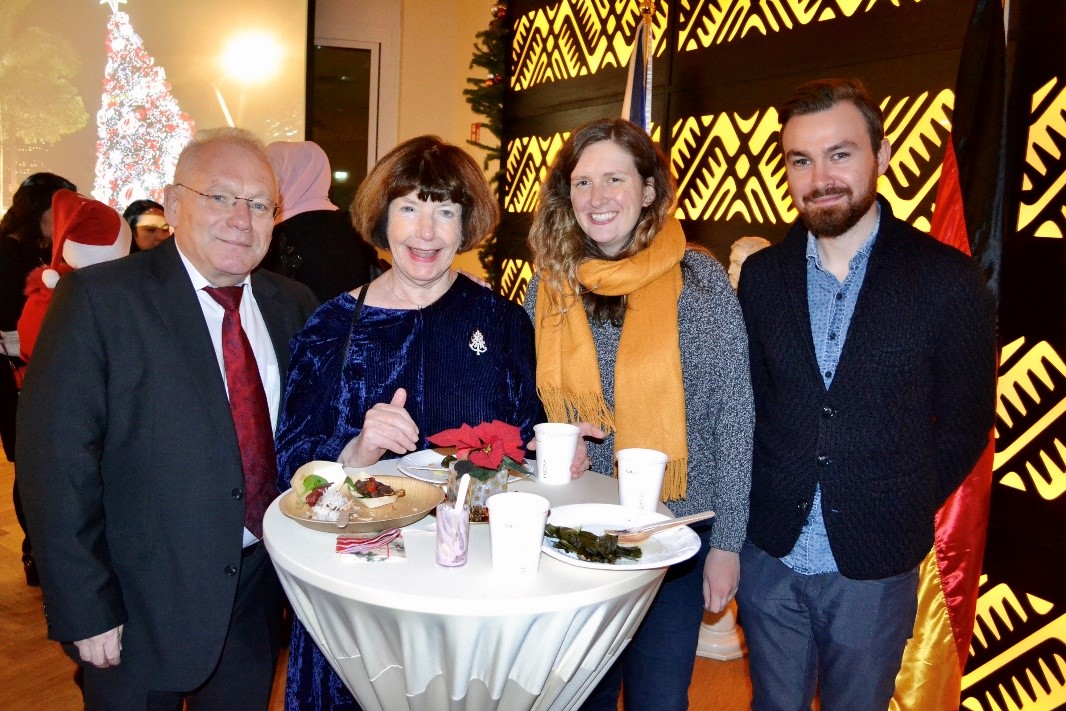 Some of the German guests, including two of the Embassy’s neighbors in Berlin-Mitte. 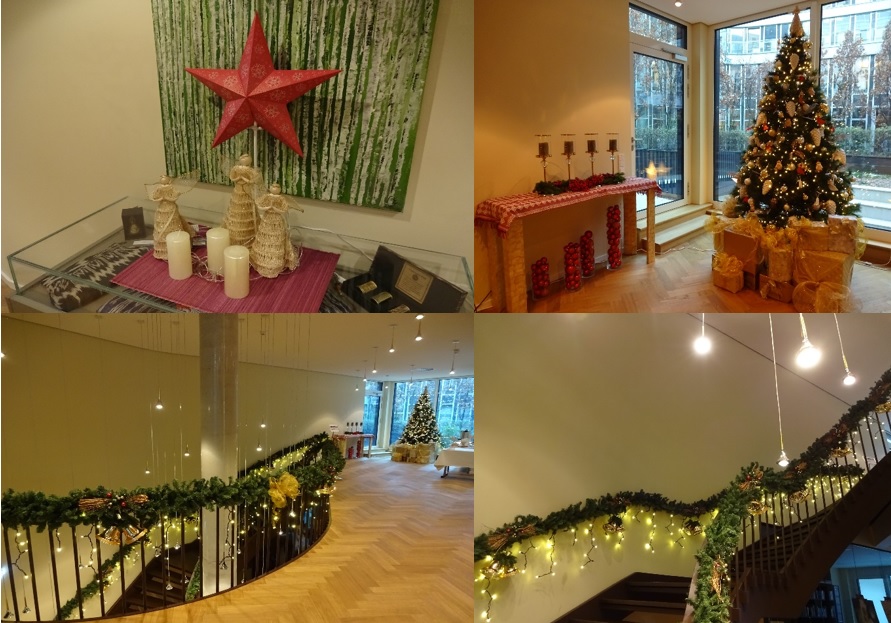 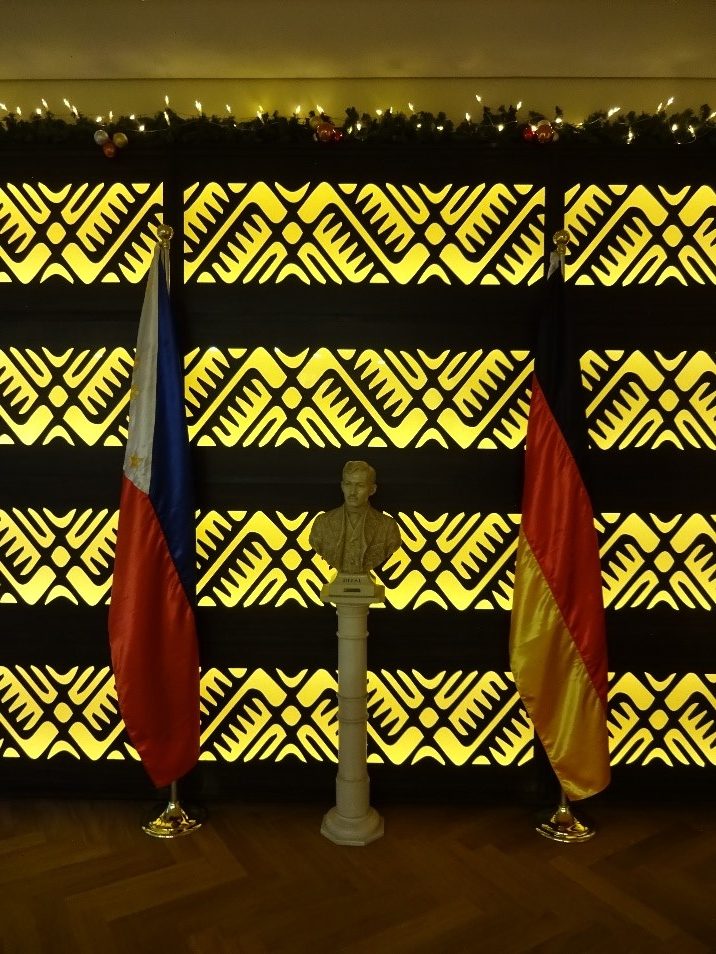