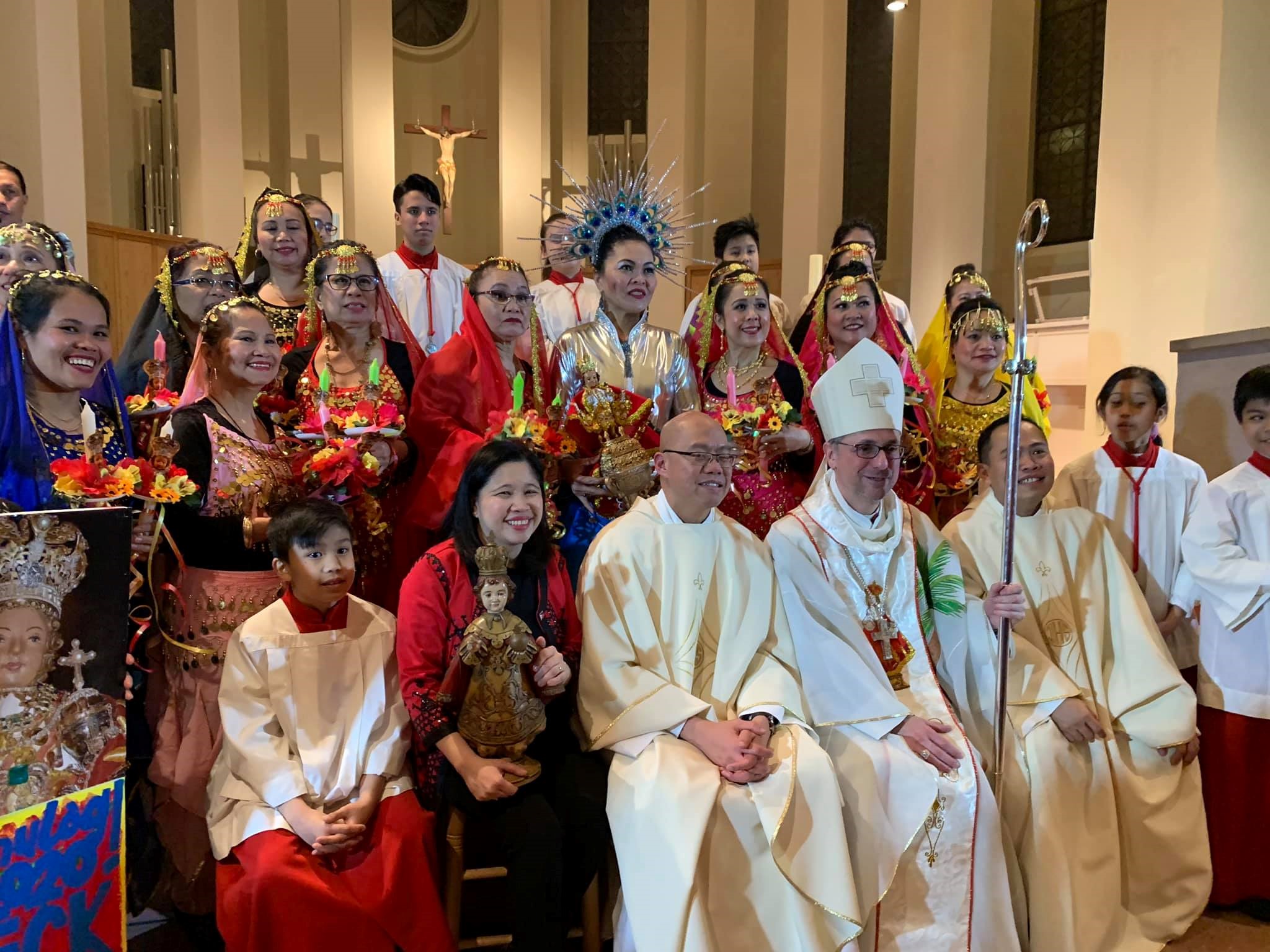 Filipino communities across Germany joined celebrations of the Feast of the Sto. Niño more popularly known as the Sinulog this month.

In Hamburg, the Sinulog Feast and Mass at Kleiner Michel Parish had as its Main Celebrant the Archbishop of Hamburg Stefan Hesse who donned Philippine and Sto. Niño-themed vestments in tribute to one of most enduring symbols of Christianity in the Philippines. He was joined by outgoing Filipino Community Chaplain Fr. Simon Boiser SVD, incoming Chaplain Fr. Ritchill Salinas SVD, Fr. Jonas Piodo SVD, and Parish Priest Fr. Philipp Gortz SJ.

Community groups from Hamburg, Kiel, Lubeck, and Bremen with participants from Rostock and as far as Denmark joined the Sinulog presentations and dances.

Ambassador Theresa Dizon-De Vega spoke of the significance of the Sinulog Feast stating that like the image of the Child Jesus which journeyed from Europe before reaching Philippine shores nearly 500 years ago, Filipino migrants are also undertaking their respective journeys and bring with them their faith and their culture.

Other Filipino communities such as the Rottenburg Community in Stuttgart held their Sinulog celebrations earlier in January. Similar activities likewise took place in North Rhine Westphalia while other cities will be observing the feast in the coming weeks throughout Germany.

The Sinulog Festival takes place annually in the Philippines every January. It is commemorated throughout the Philippines and among Filipino Catholic communities overseas with the largest celebration taking place in Cebu Province. Blending Catholic rituals and folk traditions, it is an homage to the Child Jesus, one of the first symbols of Christianity to reach the country in the 16th century. Since then, the Sto. Niño has remained an important symbol of faith for many Filipinos worldwide.

For 2021, the Filipino-German community plans to take part in a Sinulog Festival being planned in Rome, Italy to mark the Quincentennial or 500 years celebration of the Philippines. END 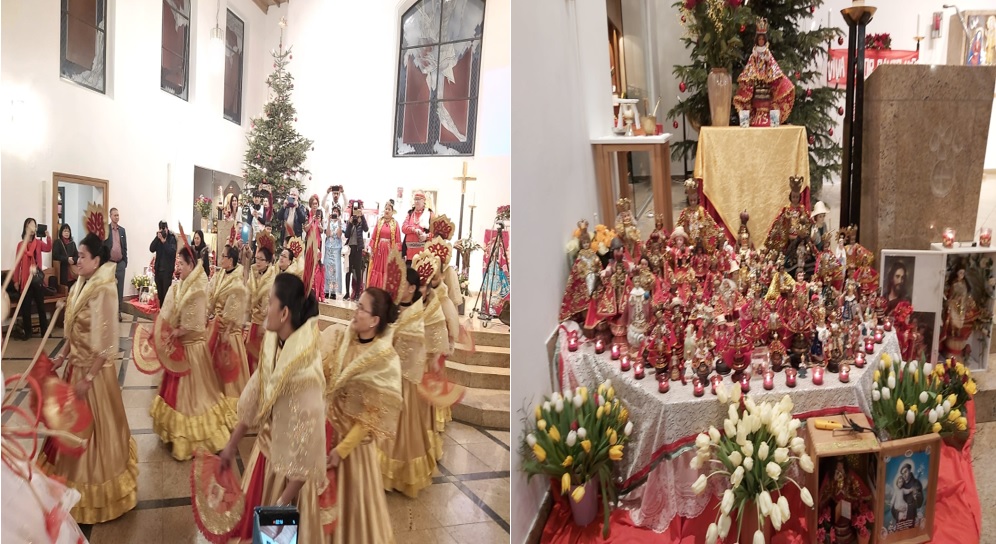 Sinulog dancers at Bayernallee and Sto. Niño images brought by community members for the Sinulog dance and blessing. (all photos by Berlin PE)