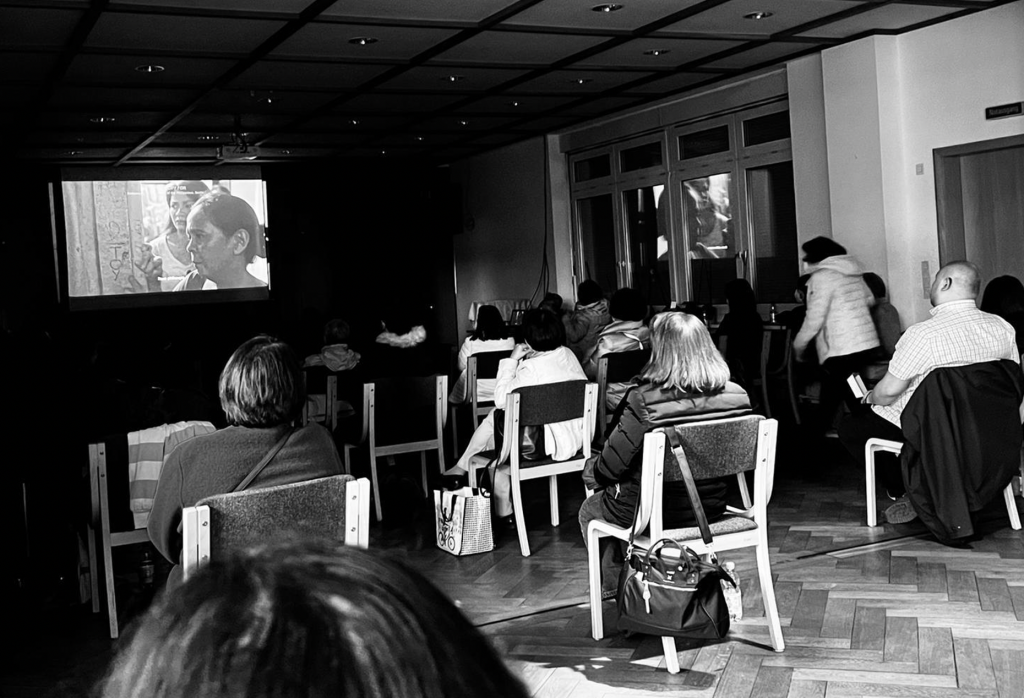 BERLIN 30 March 2022 – Philippine Embassy in Berlin and the Filipino Community in Berlin conducted a film screening of the indie film “Verdict”, written and directed by Raymund Rivas Gutierrez,  on 27 March 2022 at the Katolische Kirchengemeinde Heilig Geist (Catholic Parish of the Holy Spirit) in Berlin to highlight issues affecting women in observance of the 2022 Philippine National Women’s Month.

The film, which focuses on the search for justice by a battered wife, received the Orizzonti Special Jury Prize at the 2019 Venice International Film Festival.

Charge d’affaires Lillibeth Pono called on the members of the community to be vigilant against cases of violence against women and children (VAWC) and rallied their support for women victims of VAWC, regardless of their nationality.

The Chaplain of the Filipino Chaplaincy in Berlin, Fr. Tranquilino de Ocampo, SVD, provided insights on the sociological underpinnings of this phenomenon and enriched the discussion by drawing on his wealth of pastoral experience.

Around 40 members of the Filipino community who participated in the event had varied reactions, with some moved to tears by the indie film, and expressed appreciation for the activity. END

A light moment during the discussion of the film with the Embassy’s GAD Officer Mary Luck Hicarte.