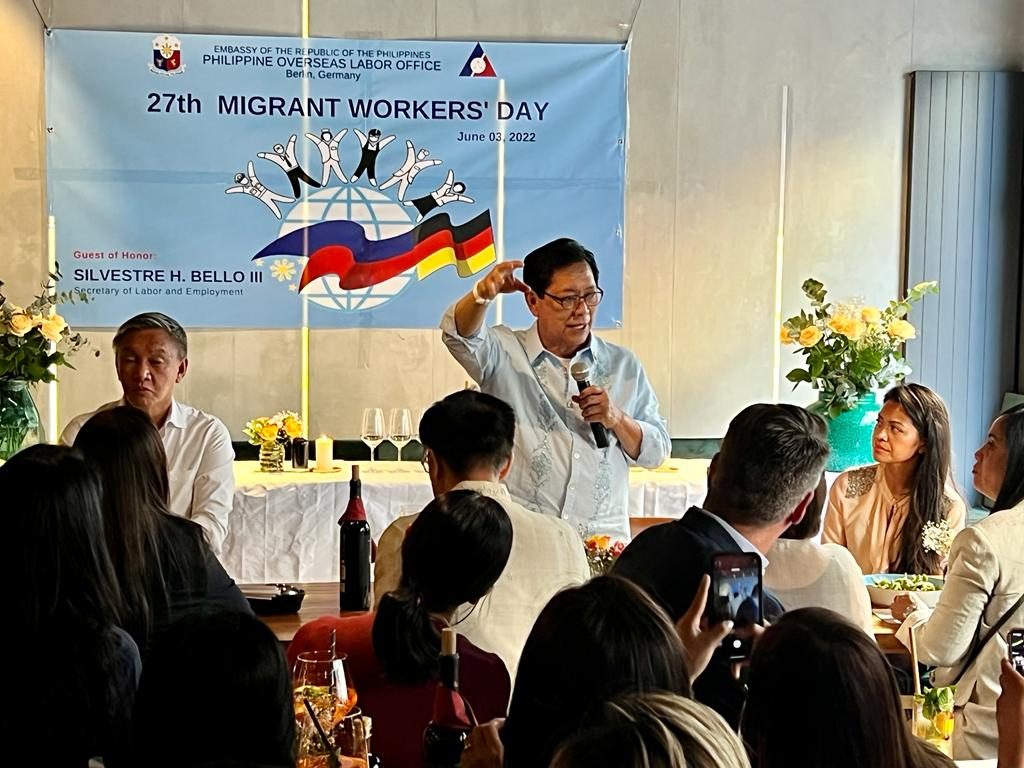 The celebration of Migrant Workers’ Day in Berlin, Germany  was led by no less than Philippine Labor Secretary Silvestre Bello III, together with PHL Overseas Workers Welfare Administrator Hans Cacdac and other DOLE Officials.

Secretary Bello also shared the experience of officials of the Department of Labor, its attached agencies, as well as other partner departments, during the pandemic.  He shared stories of sleepless nights and labor personnel themselves falling ill of COVID-19 during their repatriation of more than a million overseas Filipino workers — a testament to the commitment of the Philippine government to protect Filipino workers all over the world.

Secretary Bello also spoke about the expansion of Philippines-Germany cooperation in healthcare and employment, citing the conclusion of two instruments that were earlier signed by officials of both countries.  One of them is an MOU which further facilitates the entry to Germany of Filipino nurses and other healthcare professionals such as physiotherapists, radiographers and occupational therapists.

Secretary Bello also referred to the instrument which seeks to broaden the two countries’ partnership to include professions and skills other than nursing.  He shared that the initial set of skills and professions being considered are electronics and electrical mechanics, plumbers, pipe fitters, cooks, waiters and hotel receptionists. 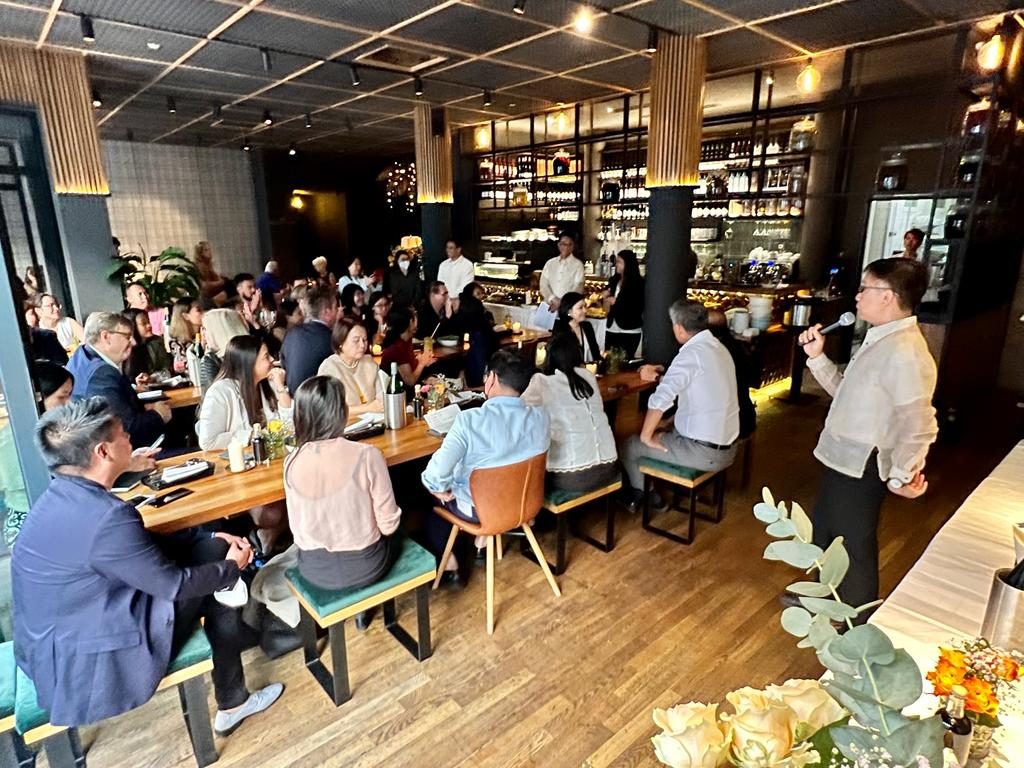 Administrator Hans Leo Cacdac provided updates on the services offered by OWWA and its accomplishments in the previous years.  He encouraged the audience to download the OWWA app for ease in renewal of membership. 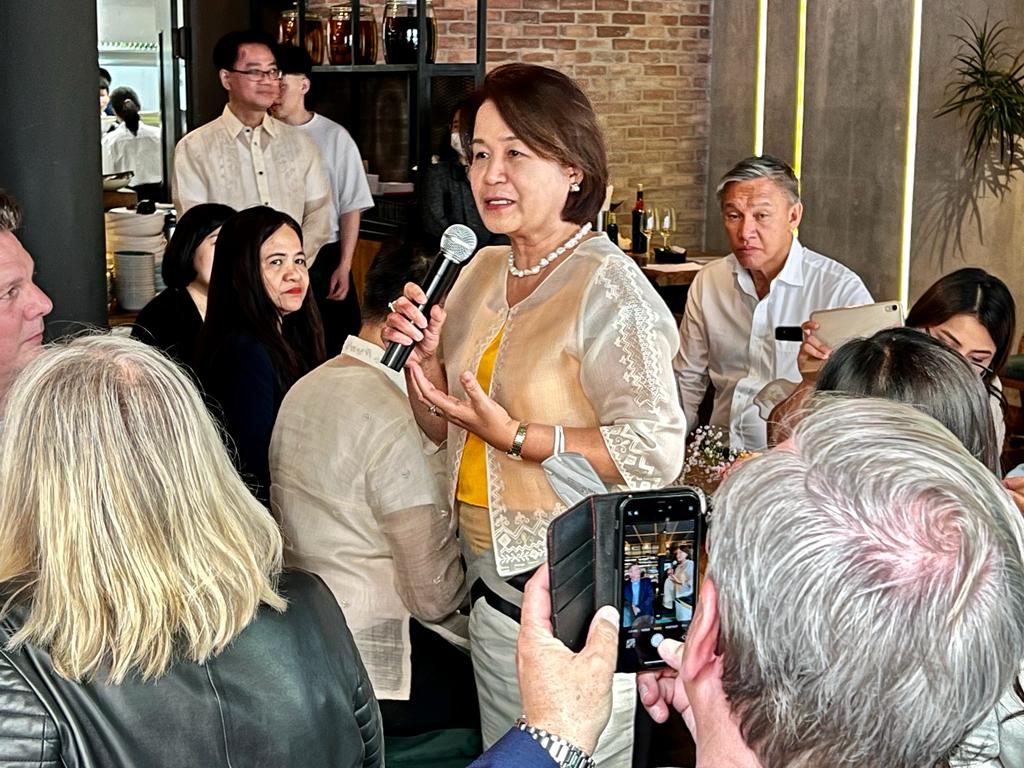 The Migrant Workers Day Celebration was hosted by the Philippine Overseas Labor Office in Berlin, in collaboration with the Philippine Embassy in Berlin,  on 03 June 2022.   Attending the event were Filipino professionals and skilled workers, and German private stakeholders in the healthcare sector.