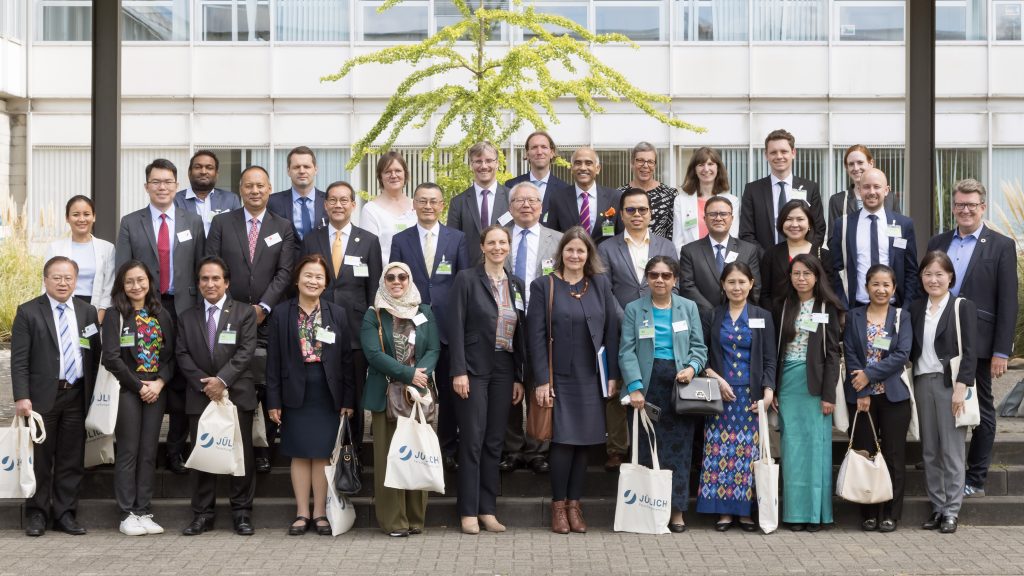 The Philippine Embassy in Berlin joined 16 other Embassies from the Asia-Pacific region in the second edition of the Ambassadors in Dialogue (AiD) economic mission to the state of North Rhine-Westphalia from 9 to 10 June 2022. Organized by the German Asia-Pacific Business Association (OAV), AiD is a platform for closer engagement among Asia-Pacific countries,  leading German companies, and German state officials. The Embassy was represented by Chargé d’ Affaires, a.i. Lillibeth Pono, joined by Minister and Consul Mary Luck Hicarte.

The mission was kicked off by the Handelsblatt Hydrogen Summit 2022 which was held at the Thyssenkrupp AG headquarters in Essen.  The summit discussed the need by both government and the private sectors to work together faster to accelerate the production and use of clean energy sources such as hydrogen.  It also noted the opportunities for cooperation that hydrogen is creating among countries.  Thyssenkrupp, a global leader in high-tech electrical steel, is involved in green hydrogen technologies.

A guided tour of Zollverein Coal Mine Industrial Complex in Essen followed.  Zollverein was once the largest coal mine in the world.  It is now an icon of the industrial age and a landmark of the city of Essen and the entire Ruhr area.   Its 100-hectare complex is a UNESCO World Heritage site, which is also being used as a space for arts, tourism and business. 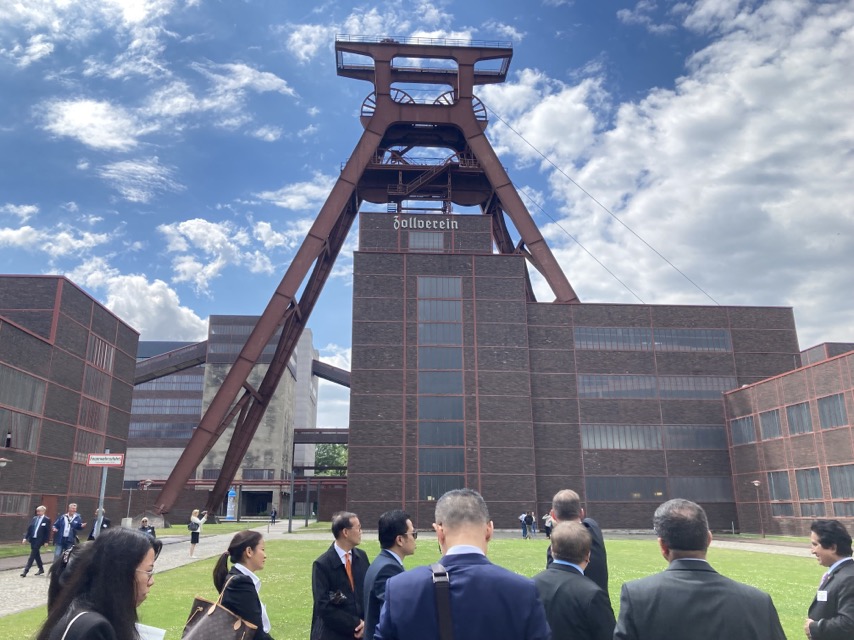 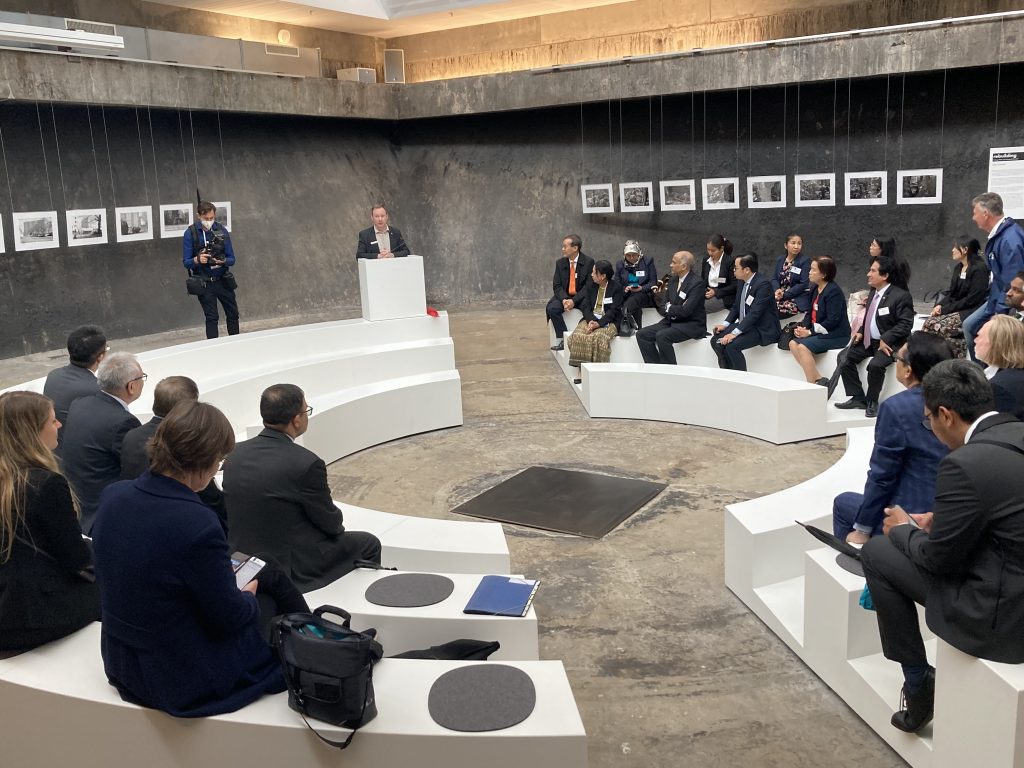 The venue where the diplomats were greeted by Zollverein officials was once the site where coal was cleaned using large quantities of water.

The diplomats were also given a tour of the Duisburg Port, known to be the world’s largest inland port and a leading logistics hub in Central Europe.  This was followed by a networking activity with Prof. Dr. Andres Pinkwart, Minister of Economic Affairs, Innovation, Digitization and Energy of North Rhine-Westphalia and the state’s leading enterprises in the technology and manufacturing sectors. 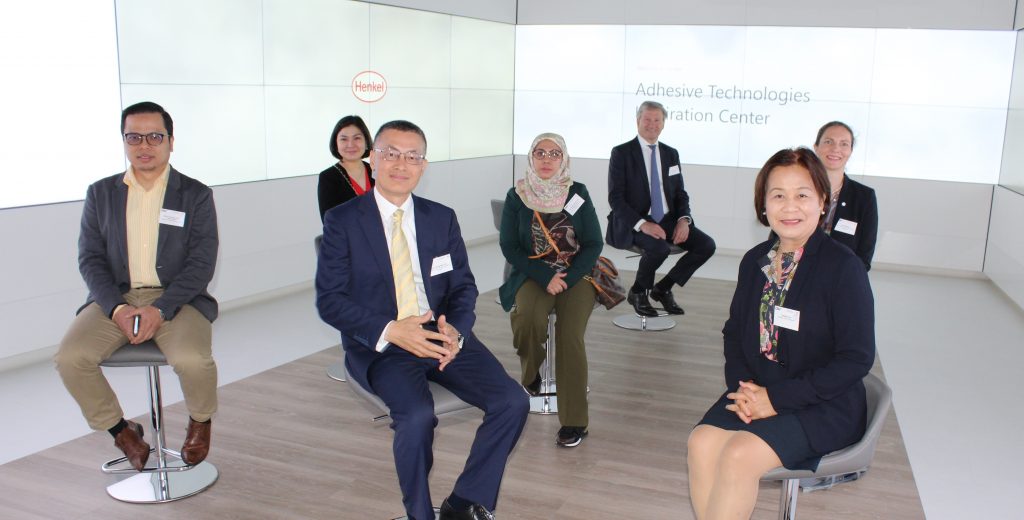 Charge d’ affaires Lilibeth Pono, other diplomats and OAV officials prepare for an interactive experience at the Henkel Inspiration Center in Düsseldorf (photo courtesy of OAV)

Science dominated the rest of the trip with the group’s trip to Julich Research Center.  The diplomats interacted with scientists at the Institute of Bio- and Geosciences: Plant Sciences which is involved in plant phenotyping (assessment of plant traits), and the Institute of Energy and Climate Research: Materials Synthesis and Processing, which studies materials to be used for highly-efficient energy conversion and storage systems, including high-performance ceramics.   The trip was capped by a thorough discussion of hydrogen and ways to scale it.  END