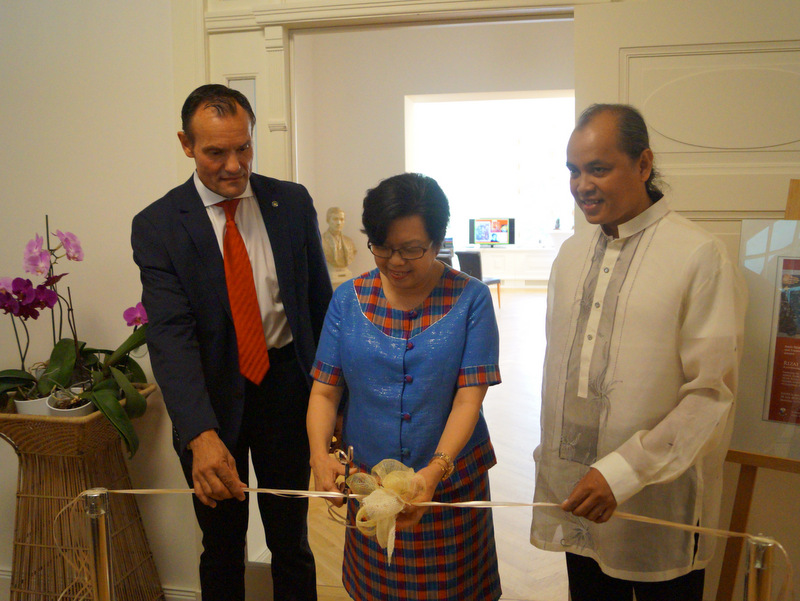 To further celebrate the 155th Birth Anniversary of Philippine National Hero Jose Rizal and to welcome the month of August when National Heroes Day is celebrated, the Philippine Embassy and Transwing Art Gallery, Inc. have partnered to hold the visual arts exhibit “Rizal Through the Eyes of Artists.” Featured are the works of Arnel Garcia, Rene Robles. Ronna Manansala, and Ferdinand Ruiz. The exhibit will run from 29 July to 12 August 2016. 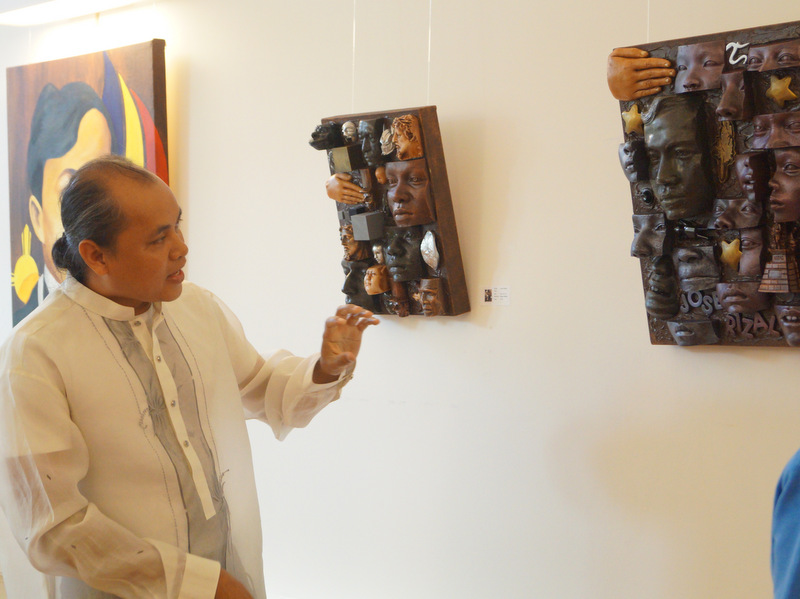 A formal opening was held on 28 July 2016 at the Philippine Embassy in Kurfürstendamm. Present during the vernissage was Pampanga-based artist Arnel David Garcia. He talked about his vision as an artist and explained his works on display. Garcia presented Rizal in relief scupltures (resin and mixed media). One rendition had Rizal’s face separated in various parts, implying the various facets of the hero. Another relief sculpture positioned Rizal with leaders like Jesus Christ and Mao Tse-tung, implying their impact on people. Garcia is known to work as a sculptor and painter and has participated in solo and group exhibitions in the Philippines.  The Berlin exhibition is his international debut.

Bulacan-based painter and graphic artist Ferdinand Rae Ruiz titled his work “Rizal Map” (acrylic) and presented a picture-perfect rendition of Rizal with a backdrop map of the places the hero visited in Europe. 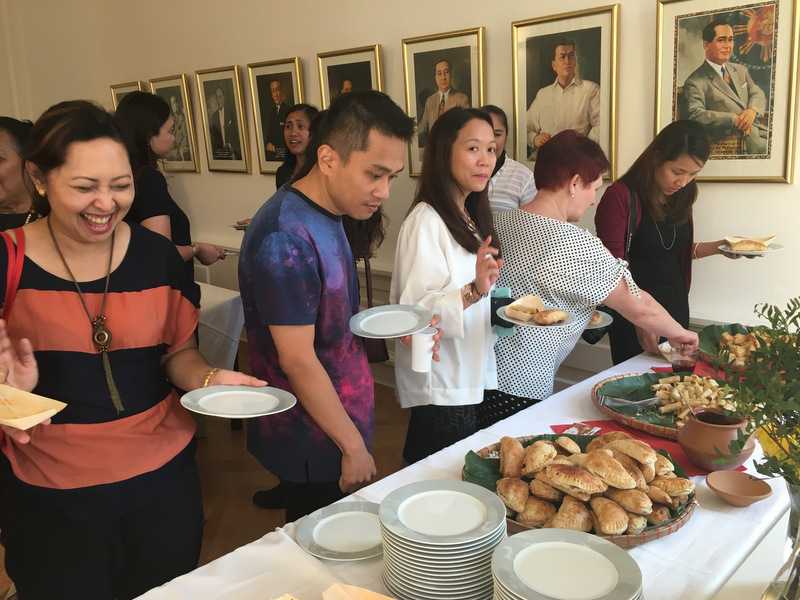 Artist Rene Robles showed Rizal behind several white doors in a predominantly red setting which could be interpreted as Rizal reopening doors for the nation after his imprisonment.  Works of Robles have found their way into the collections of His Majesty King Juan Carlos of Spain, King Khalid of Saudi Arabia, former United States President Bill Clinton, and Malcolm Forbes, among others. 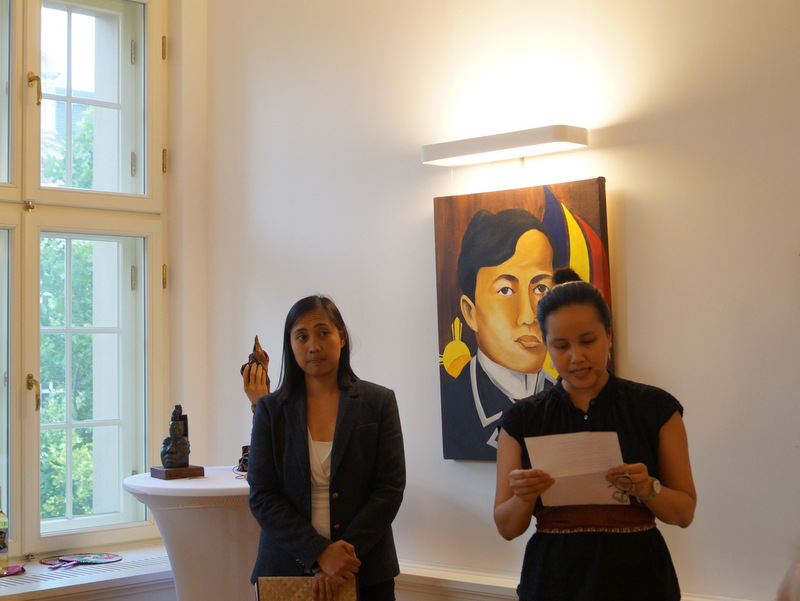