The Philippine Embassy in Berlin, in partnership with the Philippine Trade and Investment Center (PTIC) and Unifier Ventures, hosted on 16 May 2019 the 2nd Philippine Startup Meetup in Berlin as a satellite event of the Asia Pacific Week (APW) 2019 organized by the Asia Pacific Forum Berlin and the Berlin Senate Department for Economics, Energy, and Public Enterprises from 13-19 May 2019.

More than 60 guests attended the meetup and listened to pitches by 8 startups, some of them based in the Philippines and others based in Europe but with a Philippine component in their operations.

Philippine Ambassador-designate Theresa Dizon-De Vega, currently in Manila on overseas absentee voting duties remotely opened the event with a video message. She highlighted government efforts to increase ease of doing business in the country, and to bolster its competitiveness by strengthening both its physical and human resource infrastructure.

Dr. Rainer Seider, who heads the International Cooperation unit at the Berlin Senate in charge of APW, then gave his welcome remarks in which he noted the progress of cooperation between the Philippines and Berlin in the field of startups through the Startup Asia Berlin (SUAB) initiative.

DTI Undersecretary for Competitiveness and Innovation Rafaelita Aldaba, delivered the keynote message, where she cited the Philippines rapid economic growth and development, the accompanying challenges, and the need for innovation to address them.

Thereafter, the pitching session started, with each startup given four minutes to make their presentation, followed by one question each for the two judges. After the eight pitches, the Judges’ Prize was conferred on OneWatt, while the Audience Prize went to NxtLvl Water. 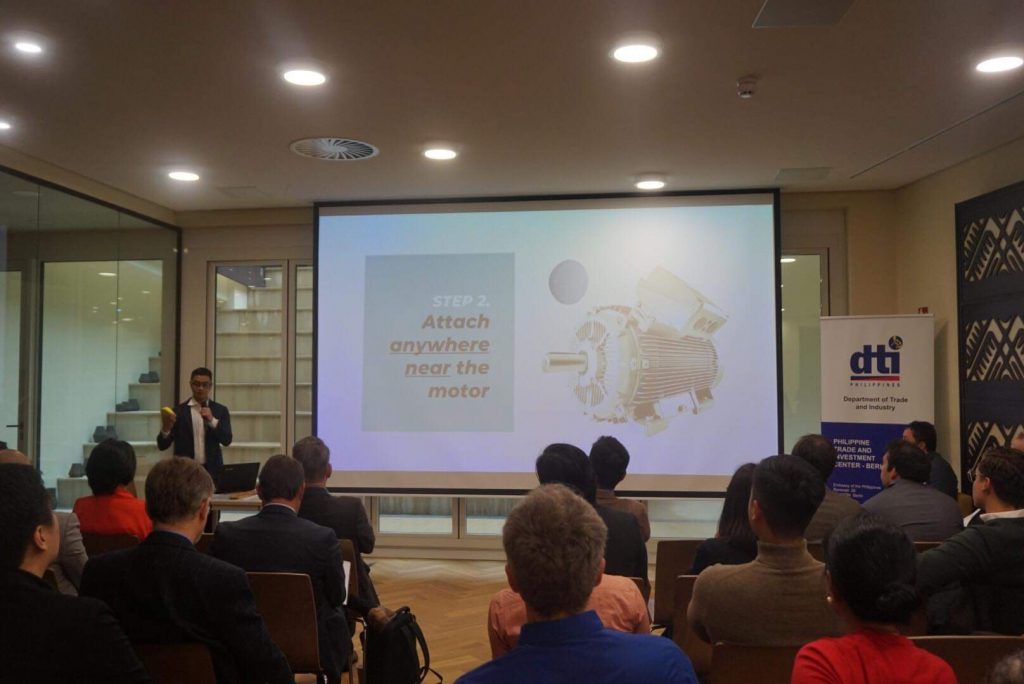 OneWatt, which was represented by Mr. Lorenzo Yabut, regional director for the Asia Pacific, helps diagnose problems with industrial machinery through non-invasive sensors and machine learning algorithms that “listen” to motors. The judges, in selecting the company, noted that it was the most unique among the eight presenters, with a solution they had not yet seen anywhere else.

NxtLvl Water, on the other hand, won the audience members over with their promise to help solve the problem of access to clean water faced by many Philippine communities. Represented by Mr. Derya Tanghe, they aim to provide affordable and high-quality water out of modularized stations kitted out with cutting edge desalination technology.

The Philippine Embassy in Berlin aims to be on the leading edge of collaboration between the Philippines and Europe in the startup space. It hosted the inaugural Philippine Startup Meetup in the German capital in June 2018. (END)