The Management Association of the Philippines (MAP), one of the country’s leading management and business organizations, with the support of the Philippine Embassy in Berlin, conducted a Seminar on Entrepreneurship and Investing in the Philippines on 28 June 2019. The seminar, which was held at the Embassy, presented opportunities for Filipinos and foreigners alike to do business in the country. The seminar was held a day after the Day of Small and Medium Enterprises (SMEs) on 27 June.

Attended by over 50 participants, the seminar was opened by Ambassador Ma. Theresa B. Dizon-De Vega, who highlighted the exciting economic developments in the Philippines. 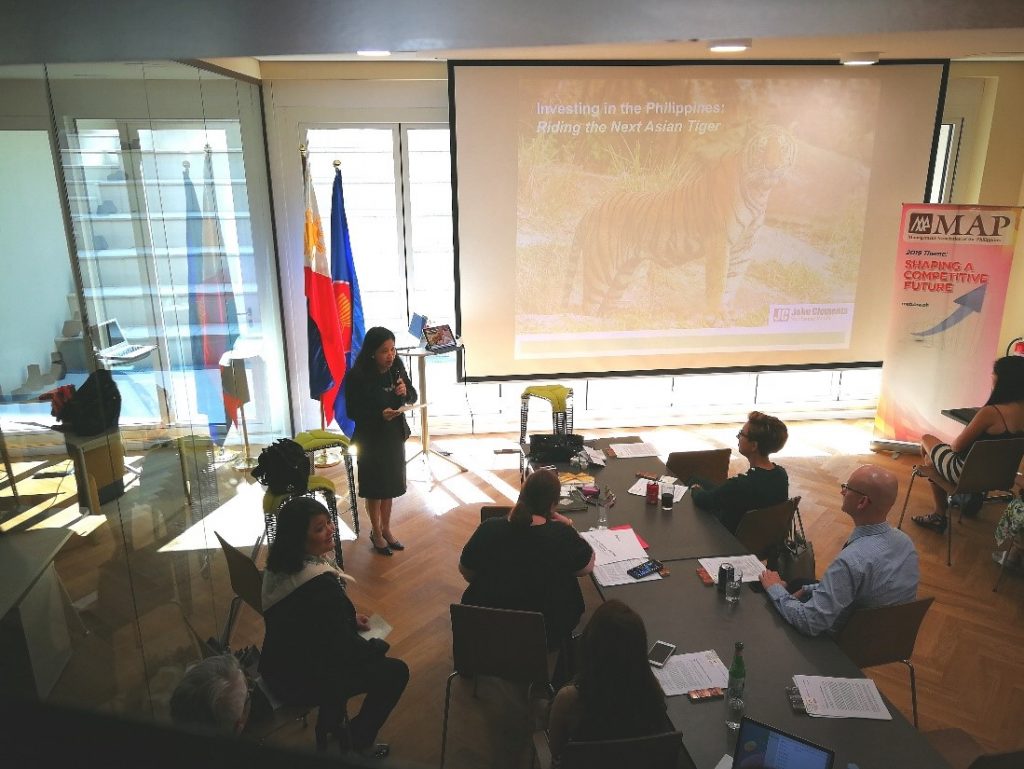 Ambassador Dizon-De Vega apprises the audience about economic developments in the Philippines. (photo by Berlin PE)

Ms. Carol Dominguez, MAP Board Governor and CEO of John Clements International Inc. expanded on these developments in her presentation “Investing in the Philippines,” wherein she talked about the engines driving the country’s growth, among them the BPO industry, Overseas Filipino remittances, tourism, demographics and talent pool, and consumption.

Taking off from the observation that Filipinos are major consumers, Ms Maria Cristina Concepcion, Chair of the Women Empowerment Committee of MAP and CEO of BPO International talked about the country’s Fintech landscape, including the opportunity to broaden Filipinos’ access to financial services and to encourage investments using technology-enabled solutions. She related it to the role of women as financial managers and entrepreneurs. 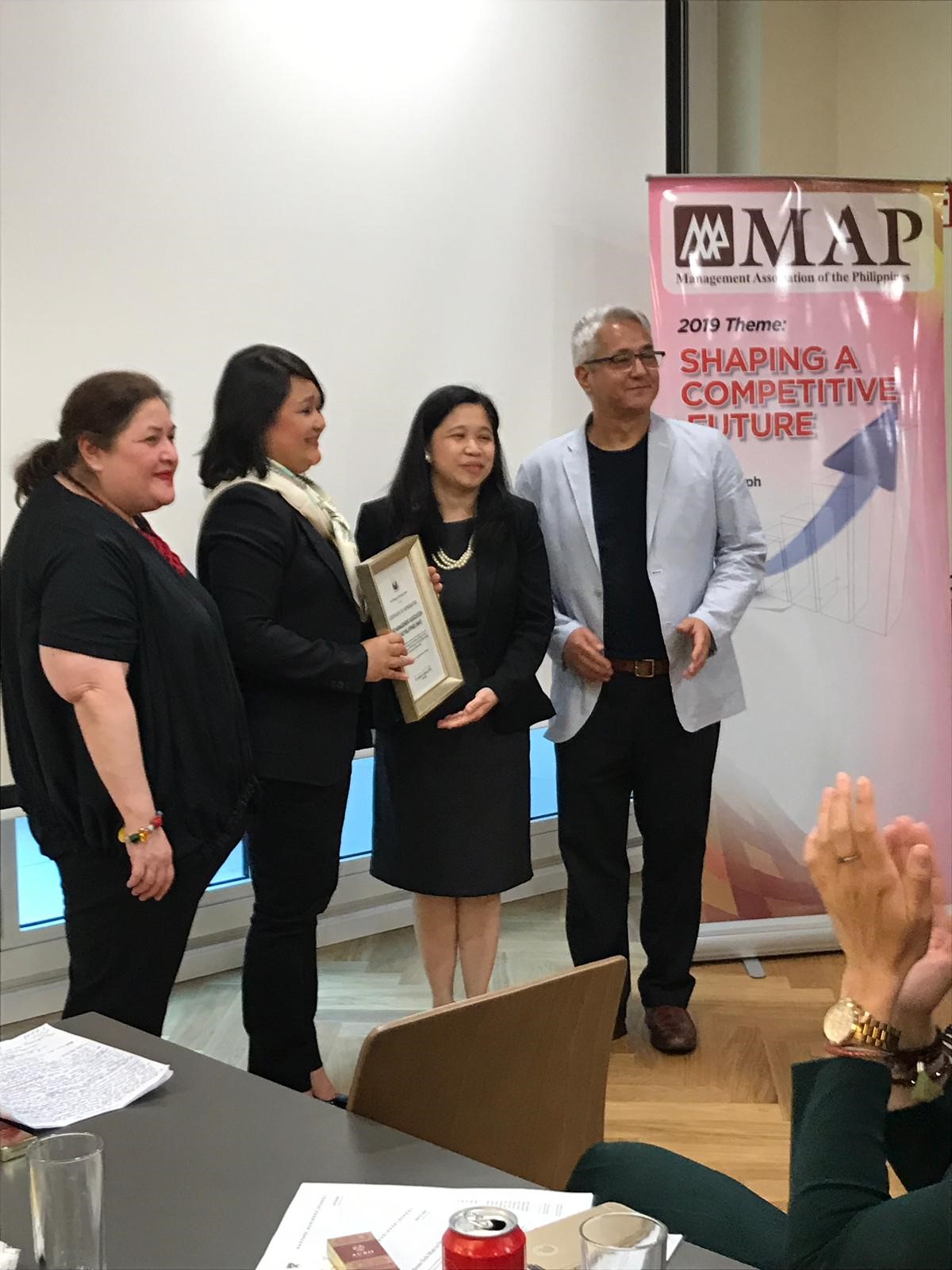 Ambassador Dizon-De Vega presents a certificate of appreciation to the three speakers from MAP.(photo by Berlin PE)

Lastly, Mr Cesar Averia, Jr., MAP member and President and CEO of EDI-Staffbuilders International, talked about Entrepreneurship, drawing on his personal experiences that shaped him as an entrepreneur. He also touched on his company’s work recruiting and preparing Filipino nurses for deployment to Germany and their inputs on building the 21st global workforce.

The presentations were followed by a Q&A session where audience members raised questions or offered comments on the energy sector in the Philippines and the EU-GSP+ privileges enjoyed by Philippine exporters, among others.

The seminar concluded with the presentation by Ambassador Dizon-De Vega of a Certificate of Appreciation to the MAP team. Afterwards, the guests took part in a Networking Reception.

The seminar in Berlin is part of a MAP’s roadshow in Germany, which will also see them giving seminars in Frankfurt, Munich, and Stuttgart. The MAP program is in connection with the organization’s 2019 theme of “Shaping a Competitive Future”. END 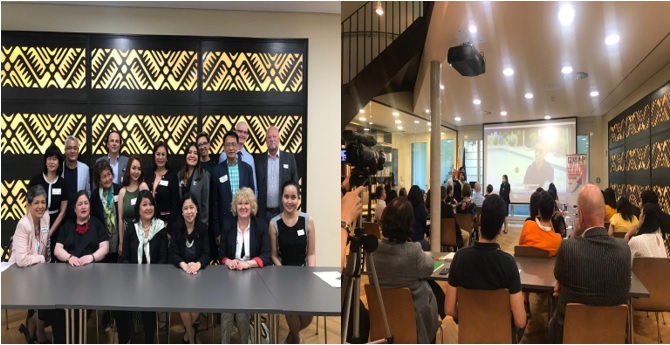 L-R Amb. Dizon-De Vega with the MAP Team and some guests; Ms. Carol Dominguez replies to a question during the open forum (photos by Berlin PE)