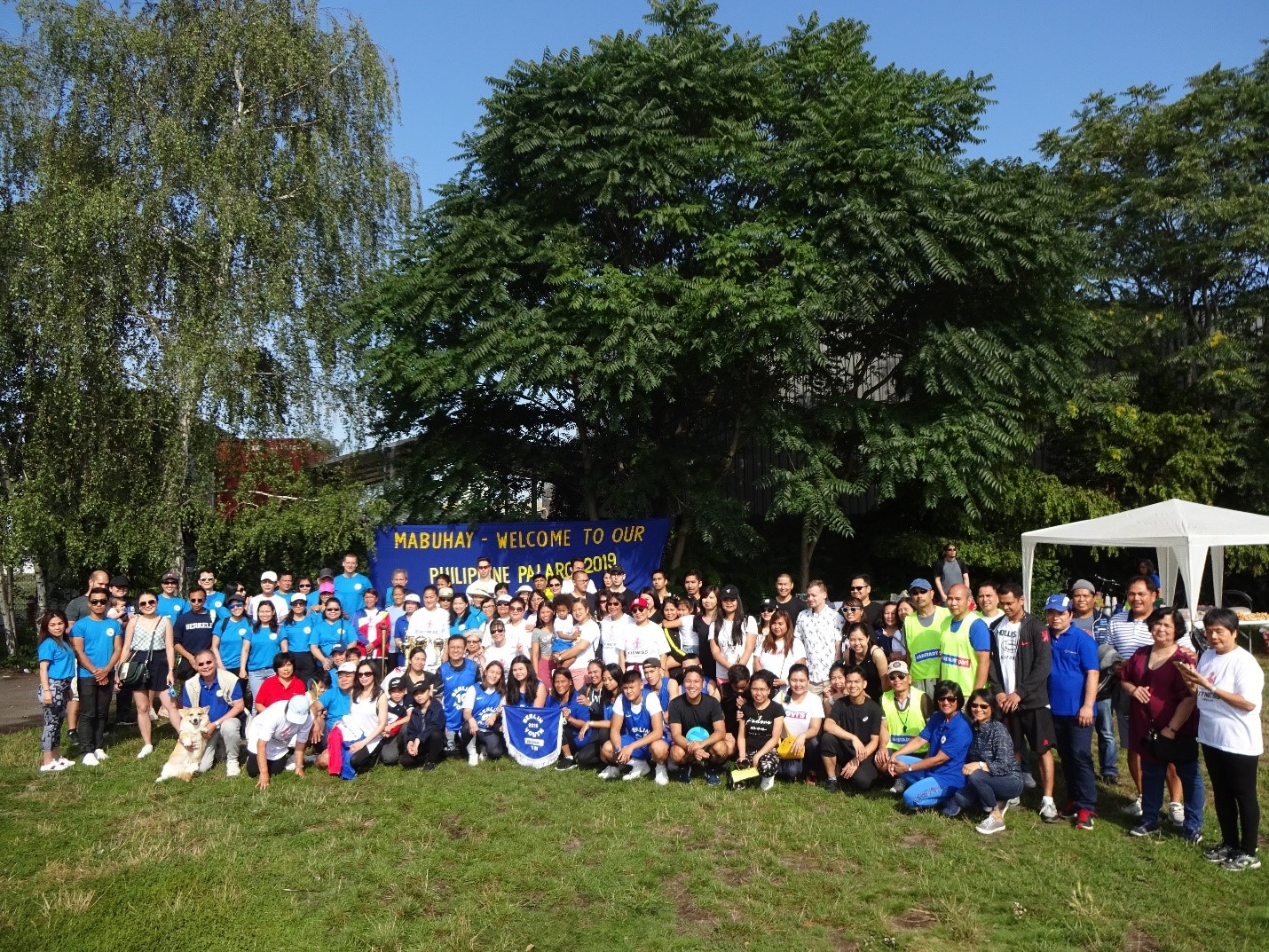 The Filipino community in Berlin took part in the Palarong Pinoy sa Berlin 2019 on a sunny Saturday at the historic Tempelhof Airport grounds.

Some 200 individuals, including second and third generation Filipino-Germans and their German family members and friends, were present at the fun-filled event and joined various games. 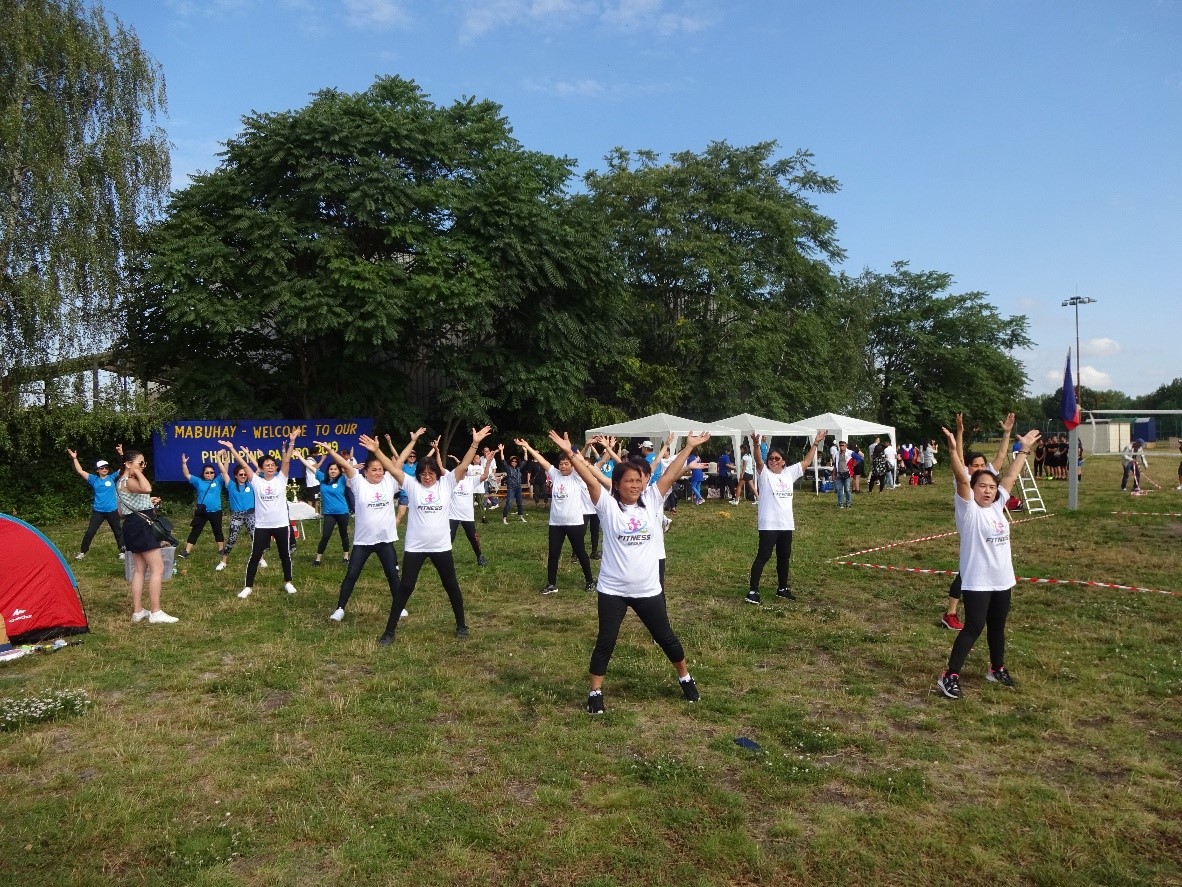 The strong community spirit was on full display throughout the day-long sports festival, with participants enjoying, not only games, but also Zumba sessions, as well as sharing with one another a wide variety of home-cooked Filipino dishes, snacks, and desserts.

In her welcome message, Ambassador Maria Theresa Dizon-de Vega lauded the event organizers and the Embassy’s partners for the activities, led by Fr. Tranquilino de Ocampo, SVD, and the Pastoral Team of the Catholic Church of the Holy Spirit, for an initiative that brings the community and their German friends together. She expressed hope that the activity will help the participants become better individuals holistically, which would allow them to contribute in building a better community. 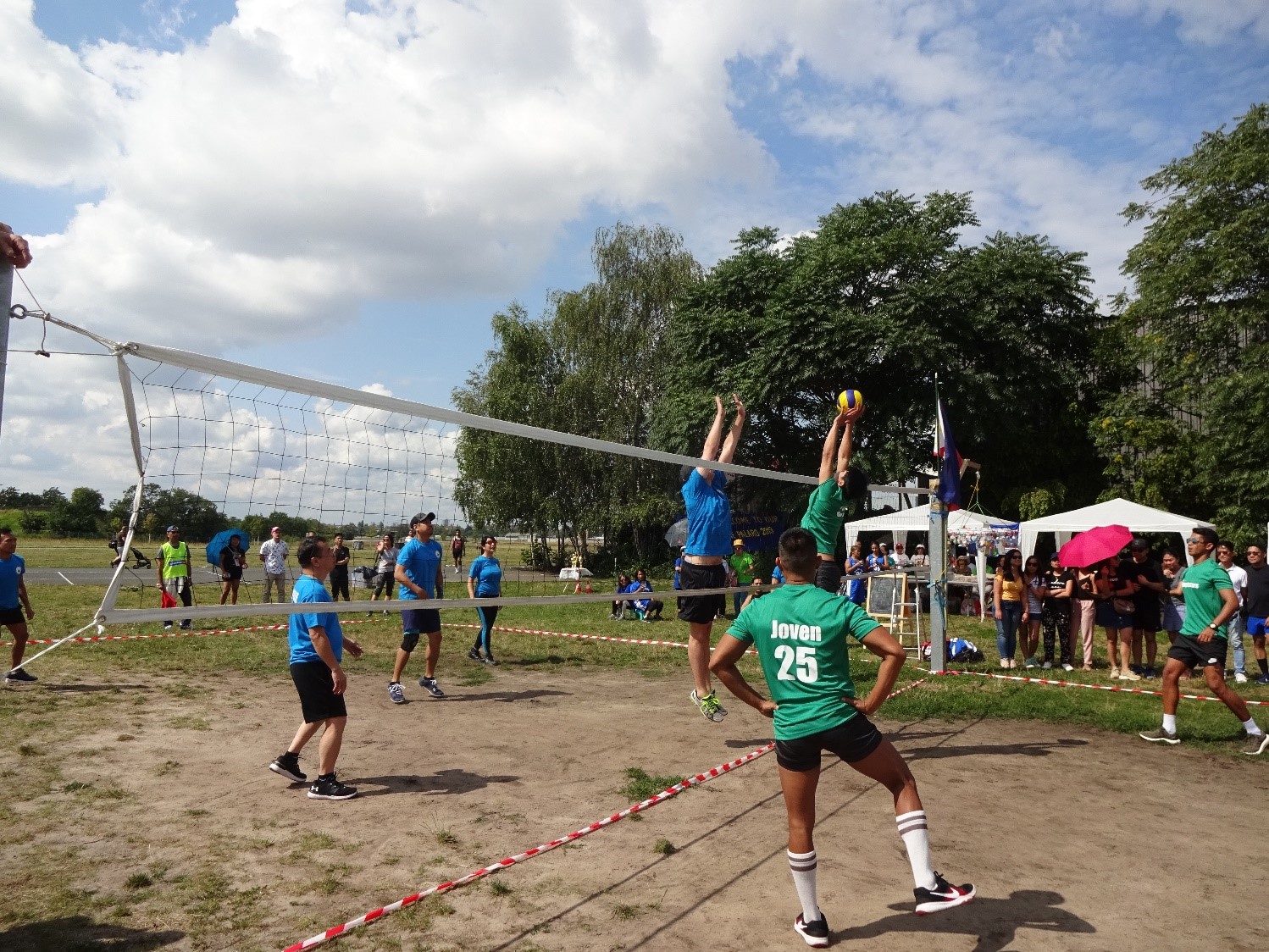 The day’s highlight was the high-intensity volleyball tournament with six competing teams, including one from the Philippine Embassy. Filipino nurses and the LGBTQ community were also represented, with the latter’s Hauptstars Team declared as the tournament’s champion.

Traditional Filipino street games like patintero, tumbang preso, and sipa, prepared by the Embassy, were also a hit among Filipino-German children who grew up in Germany, and even among the nostalgic adults who grew up playing the games. This is part of the Embassy’s month-long commemoration of Buwan ng Wika this August.

A video featuring the event’s highlights can be viewed on the Embassy’s Facebook page through this link: https://www.facebook.com/PHinGermany/videos/2476838112408523/ END 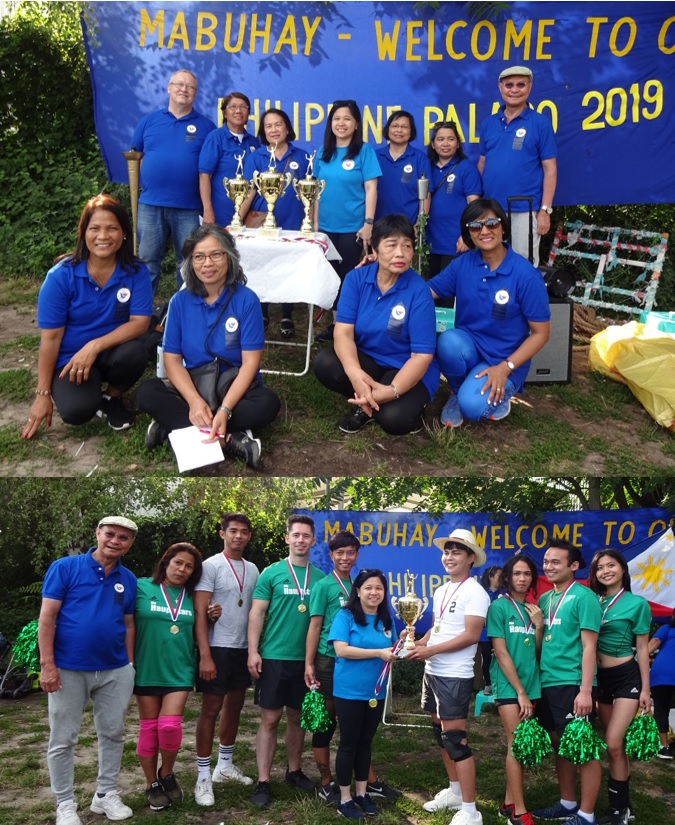