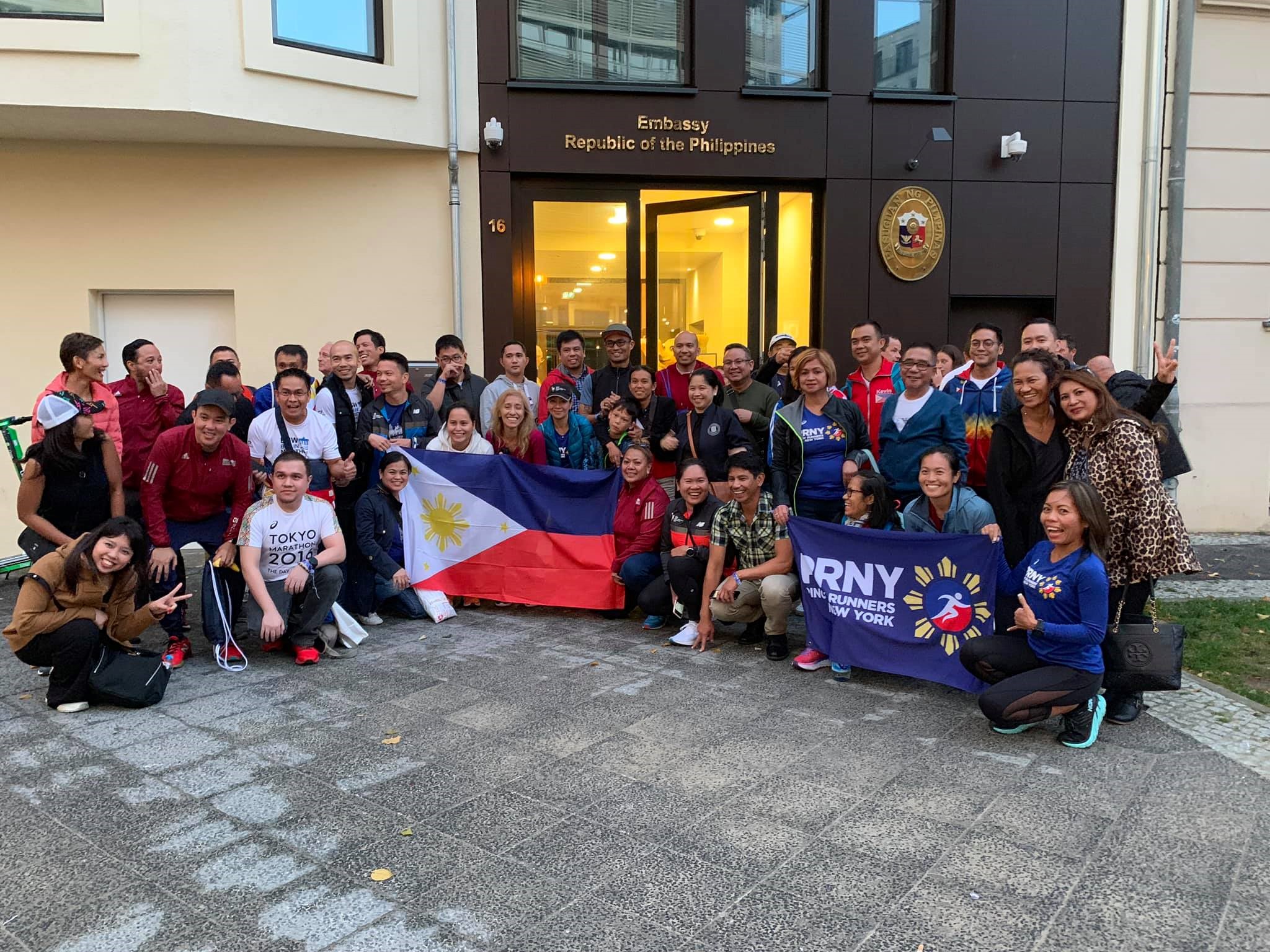 Filipino participants of the 2019 Berlin Marathon got a morale and carbo boost from the Philippine Embassy in Berlin last September 28, the eve of the much-awaited elite sporting event.

Over 50 Filipino runners from the Philippines, the US, and the Middle East enjoyed a carbohydrate-rich Filipino dinner at the Embassy with old friends and new acquaintances.

Philippine Ambassador to Germany Theresa Dizon-de Vega welcomed the runners to the Embassy, and was out on the streets of Berlin on marathon day itself, September 29, to show her support.

The dinner, the second such event organized by the Embassy, was part of its Sports Diplomacy and Martial Arts Day celebration, which included an arnis demonstration by the Deutscher Arnis Verband e.V on Breitscheidplatz, along Berlin’s famed Kurfürstendamm Avenue.

The Berlin Marathon is one of the world’s elite marathon races held annually in the German capital since 1974. The current world record time for a marathon was established in the 2018 Berlin Marathon and remains unsurpassed. This year’s marathon and its side events attracted over 62,000 people from 150 countries, including the Philippines. END 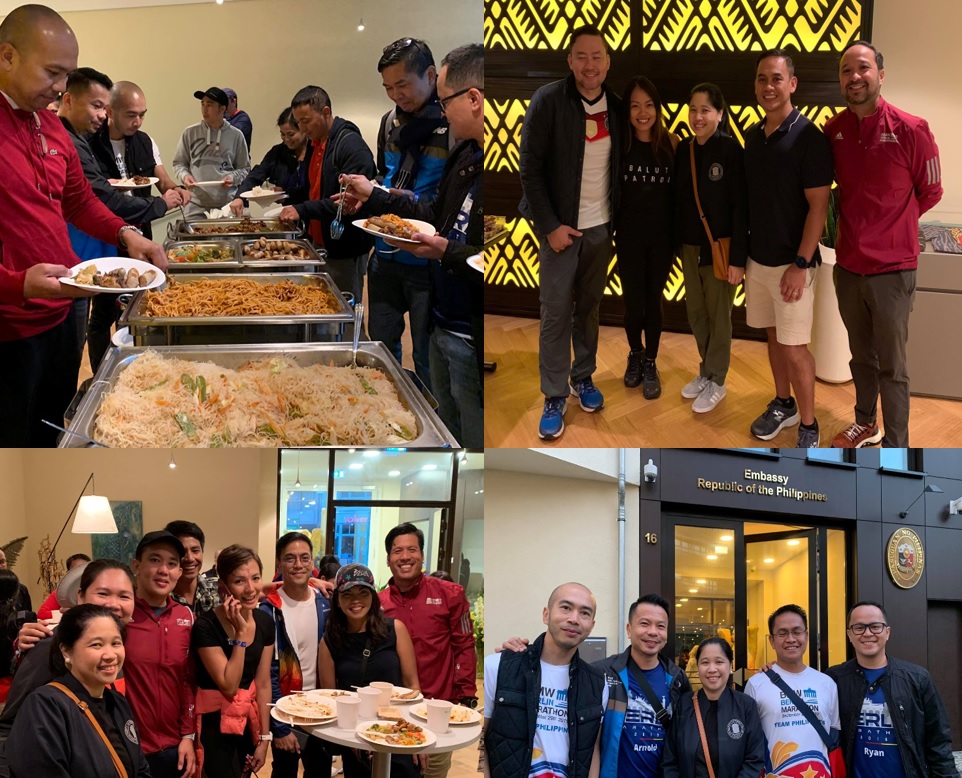