DTI’s Undersecretary for the Industry Development and Trade Policy Group Ceferino S. Rodolfo visited Berlin and Nuremberg on 23-24 September 2019 for a series of engagements with German industry. Usec Rodolfo was accompanied by Director Evariste Cagatan of the Board of Investments (BOI), OIC Lanie Dormiendo of BOI’s International Investments Promotion Service (IIPS), Mr Steve Recto of BOI’s Industry Group, and Mr Mykell Jizen Reyes of BOI-IIPS. His program was organized by PTIC-Berlin, headed by Commercial Counselor Althea Karen Antonio, in coordination with Berlin PE. 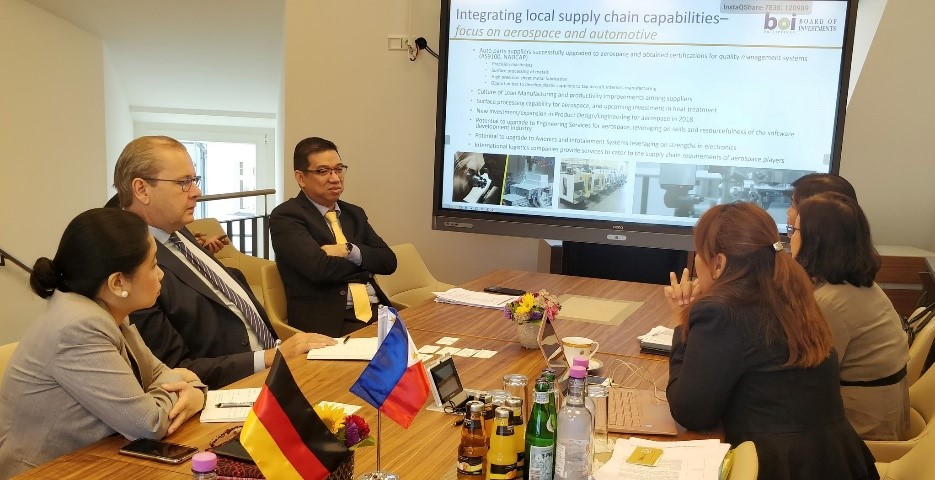 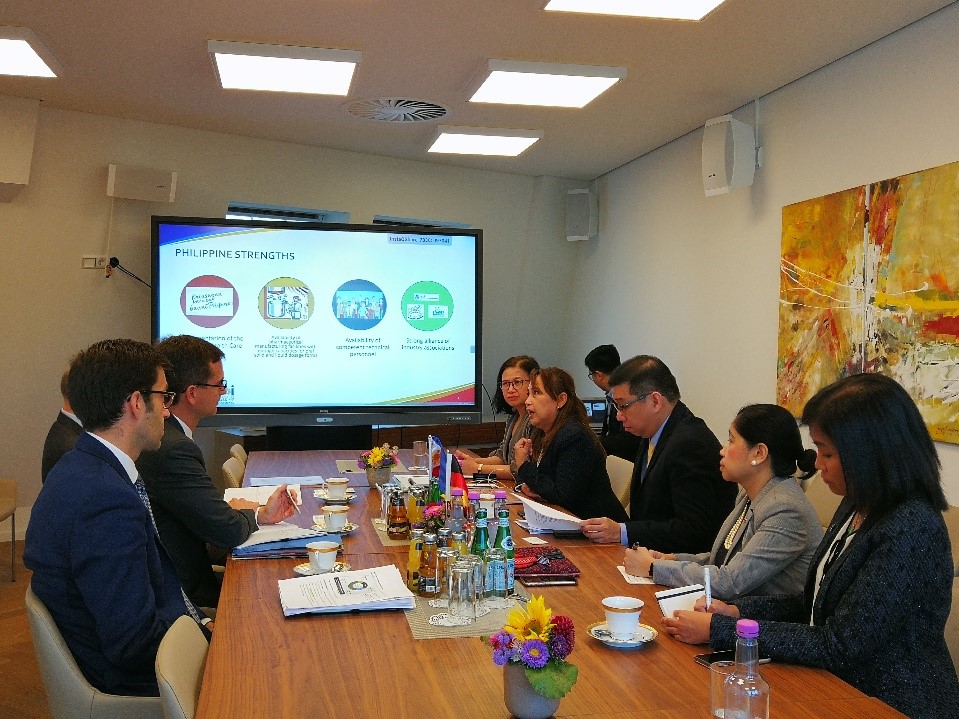 Dir Cagatan of BOI explains the Philippines strengths in the area of pharmaceuticals
to the representatives of the German pharmaceutical industry. (Photo: Philippine Embassy)

He then presided over a Philippine Business Roundtable Discussion which PTIC-Berlin co-organized with the German Asia Pacific Association (OAV) and the Chamber of Commerce (IHK) Berlin at the Philippine Embassy. The activity was moderated by OAV Managing Director Ms Almut Rossner and Mr Jan Ijspeert of IHK-Berlin. 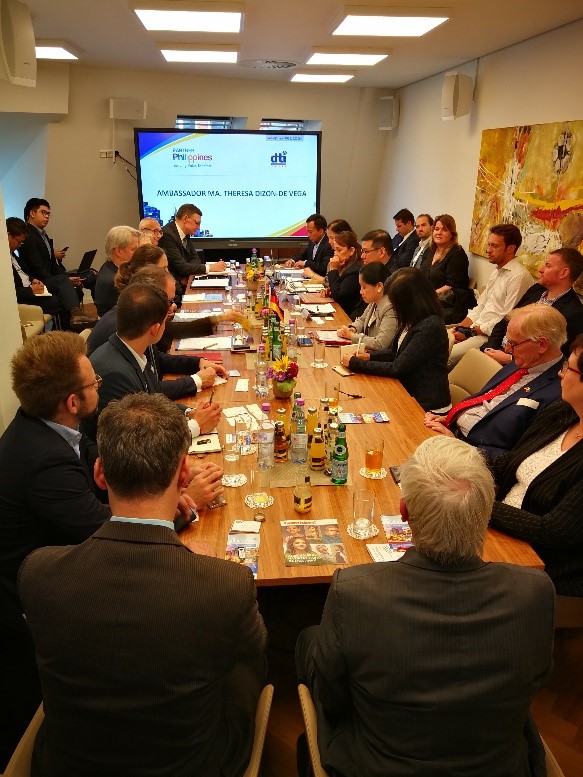 Ambassador Ma. Theresa B. Dizon-De Vega delivered the welcome remarks, where she highlighted the importance attached by the Philippines to its economic ties with Germany, as shown by the fact that Usec Rodolfo’s visit is the 7th high-level visit by a Philippine official this year. She further noted that apart from the trade between the two countries and German investments in the Philippines, Filipino companies are also discovering Germany as an investment destination. 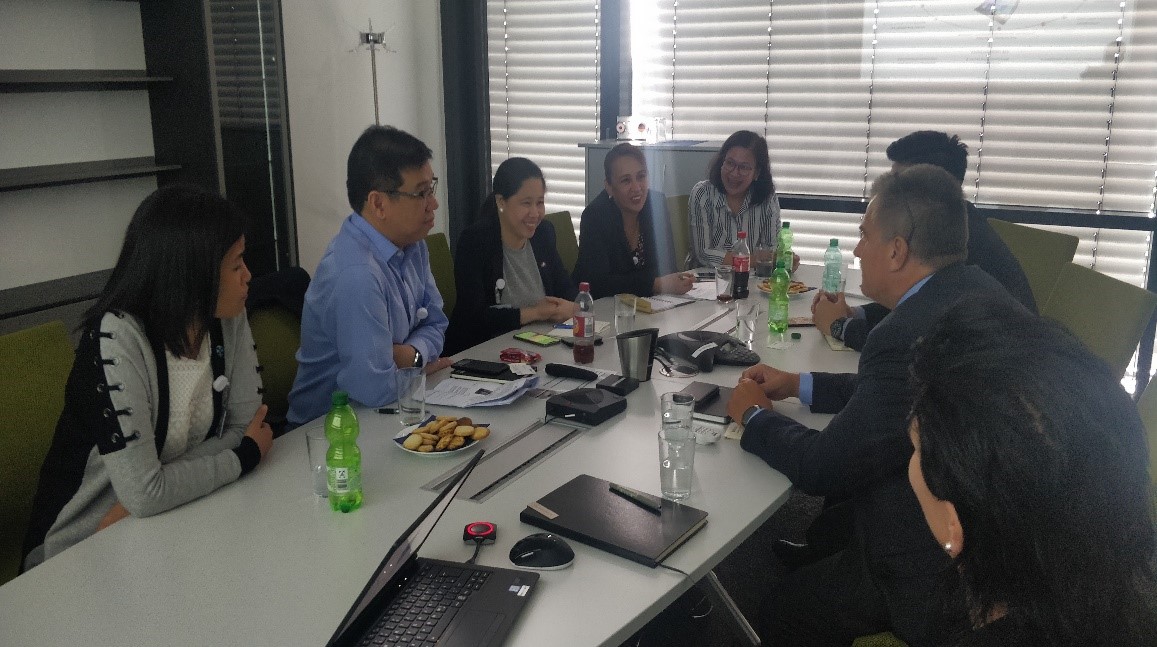 After Berlin, Usec Rodolof and his delegation from the Philippines, accompanied by Ambassador Dizon-De Vega and Ms Antonio, traveled to Nuremberg for a site visit to Via Optronics, in which Ayala’s AC Industrials holds majority shares. They also had a meeting with Mr Armin Siegert of Nuremberg’s Chamber of Commerce (IHK Nuremberg), which has been a partner of PTIC-Berlin and the Embassy in promoting Philippine-German economic cooperation in Bavaria, including through the Asia Pacific Forum Bayern. (END)