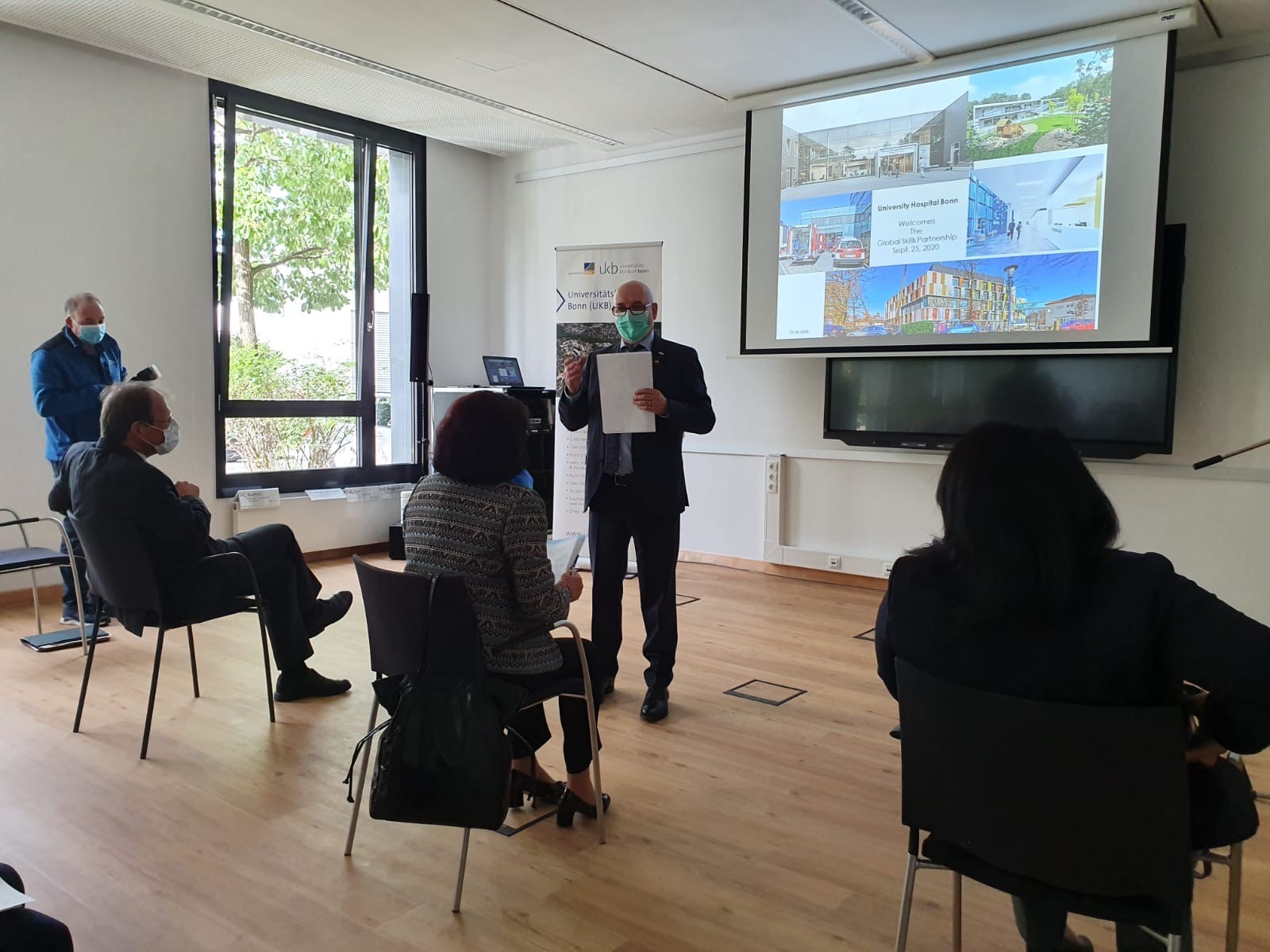 The Philippine Embassy and the Philippine Overseas Labor Office in Berlin took part in the Kick-Off Meeting for the pioneering program Global Skills Partnership Initiative at the Universitats Klinikum Bonn (UKB) on 25 September 2020.

Spearheaded by Germany’s GIZ, the initiative is a product of a series of discussions between the Philippines and Germany on how to better integrate best practices sharing as well as offering insights on elements of the German nursing practice in the Philippine nursing curriculum to augment training received by Filipino nurses after arriving in Germany.

Along with the GIZ, the project also has the support of the German think tank Bertelsmann Stiftung, the German Federal Ministry of Health, and hospital-teaching institutions such as the UKB.

Under the program, training for PH participants will start at the university level with some elements of the German curriculum integrated into the local PH nursing curriculum

The program’s partner universities in the Philippines are Baliuag University and Philippine Northwestern University. The program is likewise being undertaken with two other partner countries, Mexico and Brazil.

Second Secretary and Consul Marie Chris Chieng and Labor Attaché Delmer Cruz were present at the program launch. Consul Chieng delivered the message of Philippine Ambassador Theresa Dizon-De Vega, who underscored the potential role of such a platform for “encouraging more exchanges of best practices, ideas, and innovations from the nursing environments in the participating countries at a time when the sector faces new challenges and seismic changes.”

For his part, Labor Attaché Cruz noted the program is a “positive step towards enhancement of Philippine-German cooperation in human capital development. It presents an opportunity for a closer look at Philippine and German nursing curricula which could lead to harmonization and simplification of the recognition process for Filipino nursing professionals in Germany.” END 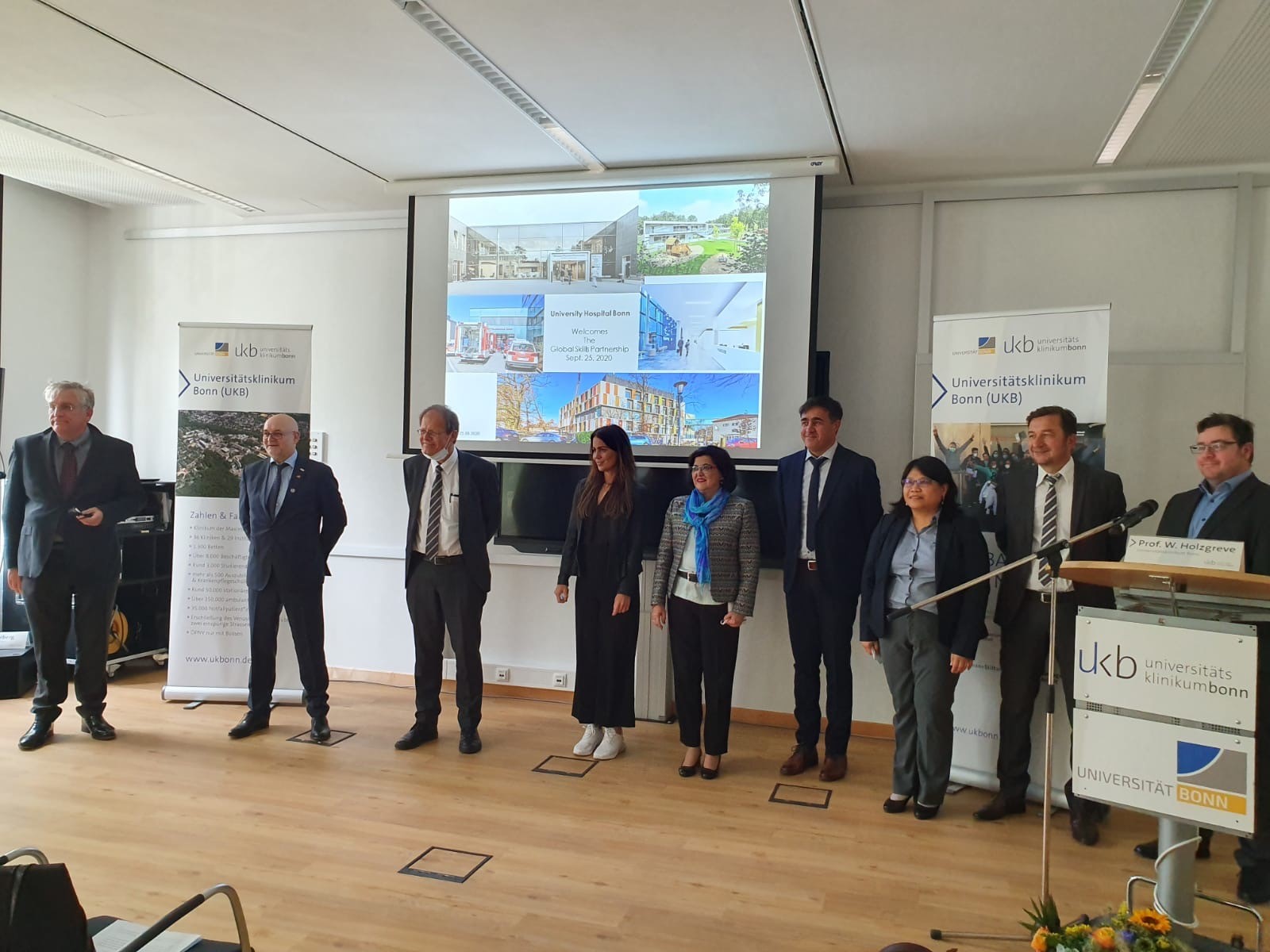 Consul Chieng (3rd from right) with officials of GIZ, Bertelsmann Stiftung, and the Universitats Klinikum Bonn at the program launch