FIGHT AGAINST CLIMATE CHANGE, MUSIC AND DANCE, MARK CELEBRATION OF KALAYAAN 2022 IN BERLIN

12 June 2022, Berlin – Philippine Climate Change Commission Secretary Robert E.A. Borje was the guest of honor of the Philippine Community in Berlin as they commemorated Kalayaan 2022 or the 124th Anniversary of the Proclamation of Philippine Independence.

Secretary Robert E.A. Borje delivered a message about the Philippines’ efforts in combating climate change and its call for climate justice.  He explained that the Philippines contributes a mere 0.4% of the world’s greenhouse emissions, and yet, it is one of those most adversely affected by climate change.  Linking climate change with our own forebears’ struggle for independence, he stressed that the issue of climate change is indeed also a struggle, but it is one that surpasses many boundaries, and can only be effectively fought through cooperation among peoples and nations, aided by the contribution of each person towards this struggle. 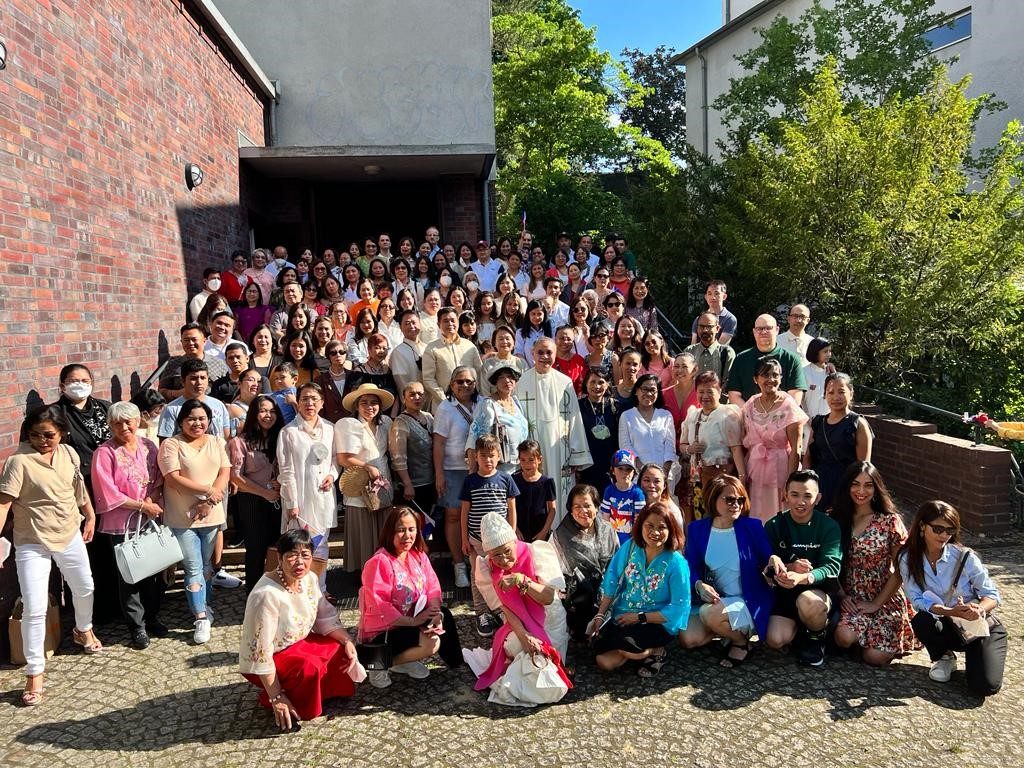 Kalayaan 2022 celebrations were kicked off by a thanksgiving mass, or Misa ng Pasasalamat  which was presided by Filipino Chaplain Fr. Tranquilino “Jun” De Ocampo.  In his message, Fr. De Ocampo expressed gratitude that the Filipino Community in Berlin remains strong and resilient throughout the pandemic.  Prayers for the Philippines and the Filipino community in Germany were offered in several Philippine languages by the officers and staff of the Embassy.

Philippine Embassy in Berlin Chargé d’affaires a.i.  Lillibeth V. Pono, in her remarks, reminded the community that “In the here and now we can all be heroes who continue to safeguard the freedom of every Filipino – like Apolinario Mabini, Andres Bonifacio and Jose Rizal.”   She stressed that heroism may come in many forms – a person’s fight to preserve the environment; a person’s efforts to be a good public servant; a person’s sacrifice to help a kababayan; or even someone’s struggle to be the best in his craft.  “There is, in every one of us, that ability to be a hero in our own special way,” she said.

The commemoration was capped by top-class singers Mylah Rubio, Jomar Rubio  and Kevin Orteza, doing a rendition of O Bayan Ko by Ryan Cayabyab.  They also led the solemn communal singing of Pilipinas Kong Mahal.  Filipino-German teenagers showed their skills through a dance performance at the grounds during the fellowship. 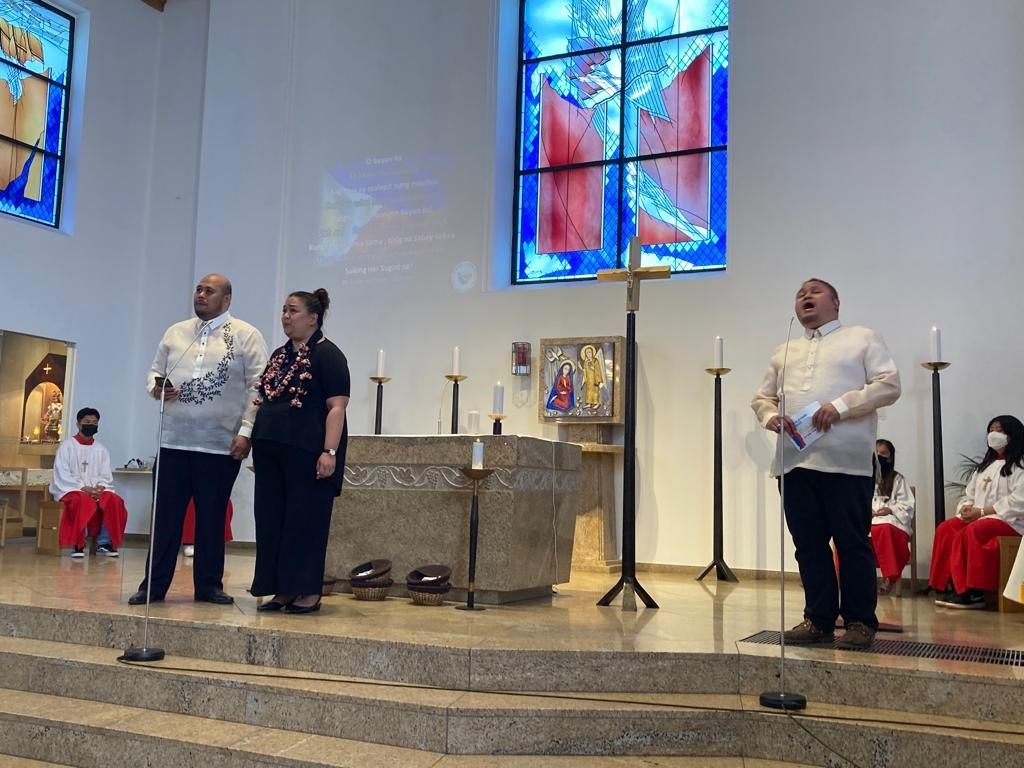 The community was treated to a Filipino spread with, among others, inihaw na liempo, pancit, ensaladang pipino, and barako-coffee jelly. 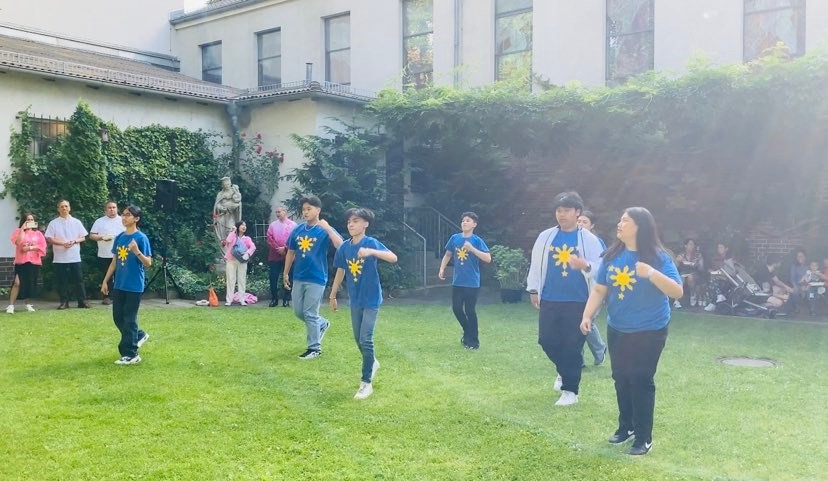 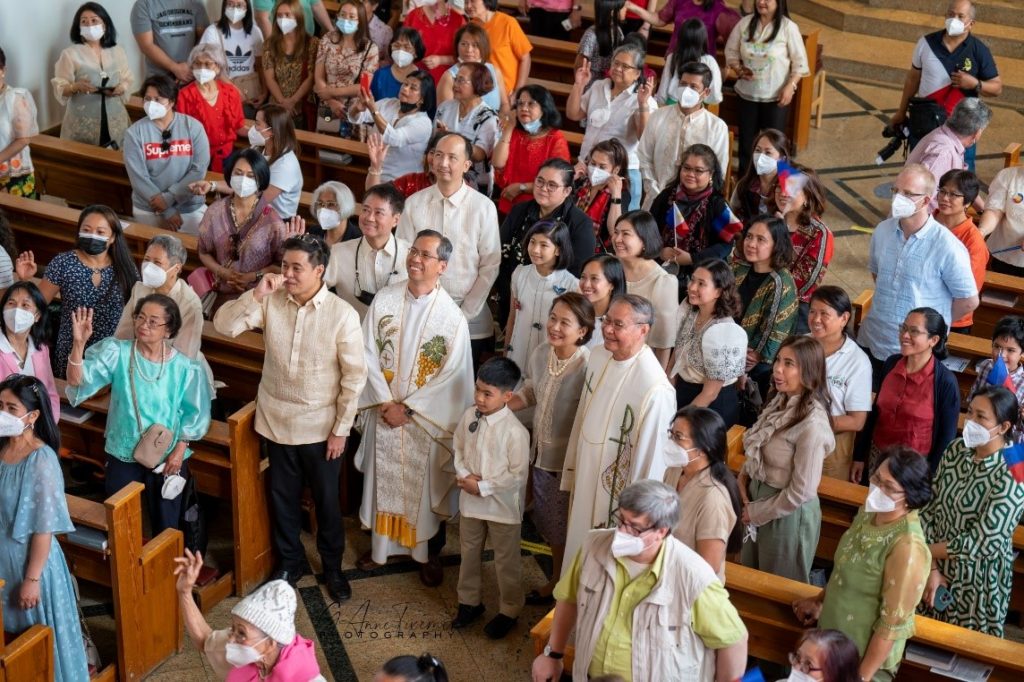 The Philippine Embassy Team with the Filipino community in Berlin

Philippine Independence Day celebrations bring together Filipinos and Filipino-German community members across several generations to re-affirm their love of the Philippines and their Filipino roots. END