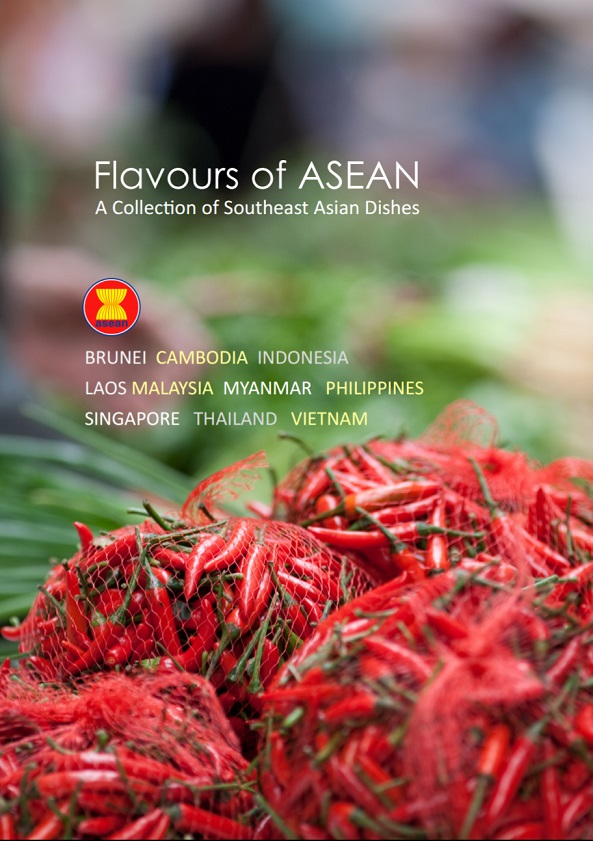 Dessert-lovers can also make their own turon or sweet banana fritters which are popular in the Philippines, and woun (coconut jelly) from Laos.

The book also contains interesting pieces of information regarding the dishes.

“Southeast Asian food, especially Thai and Vietnamese, are quite popular in Germany but we still have much more to offer to the German palette. This is not only about eating good food. It’s about sharing Southeast Asia’s diverse cultures and ways of life with our German friends through a complete culinary experience,” Philippine Ambassador Melita Sta. Maria-Thomeczek said.

The recipe book was a project initiated by the Philippine Embassy in Berlin during its Chairmanship of the Berlin ASEAN Committee.

A copy of “Flavours of ASEAN” can be downloaded from the website of the Philippine Embassy, www.philippine-embassy.de, and those of other ASEAN embassies in Berlin. END 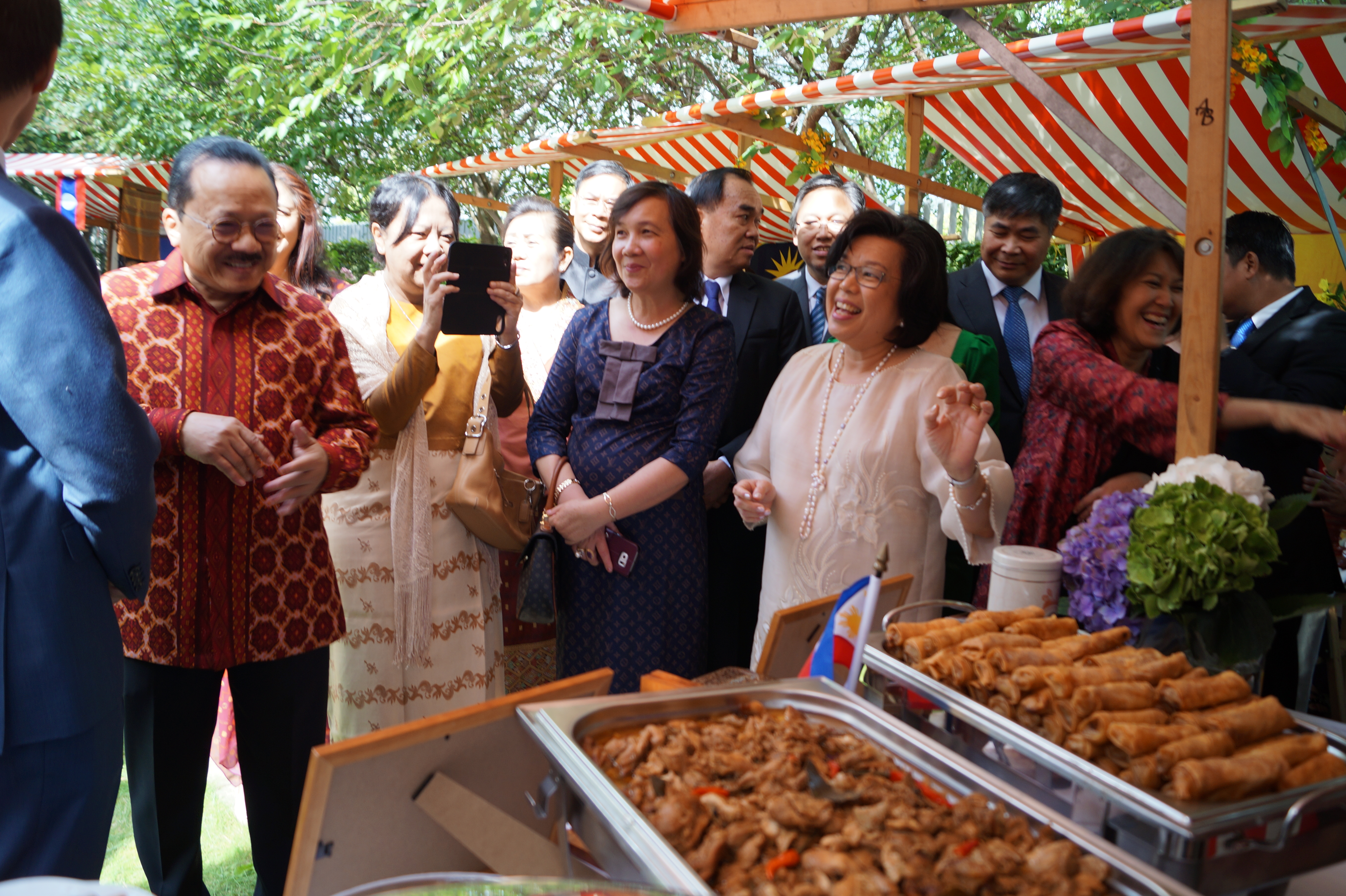 Ambassador Thomeczek presents the Filipino adobo and turon (both which are in the recipe book) being served at the Philippine Embassy stall during ASEAN Anniversary reception last August 8.