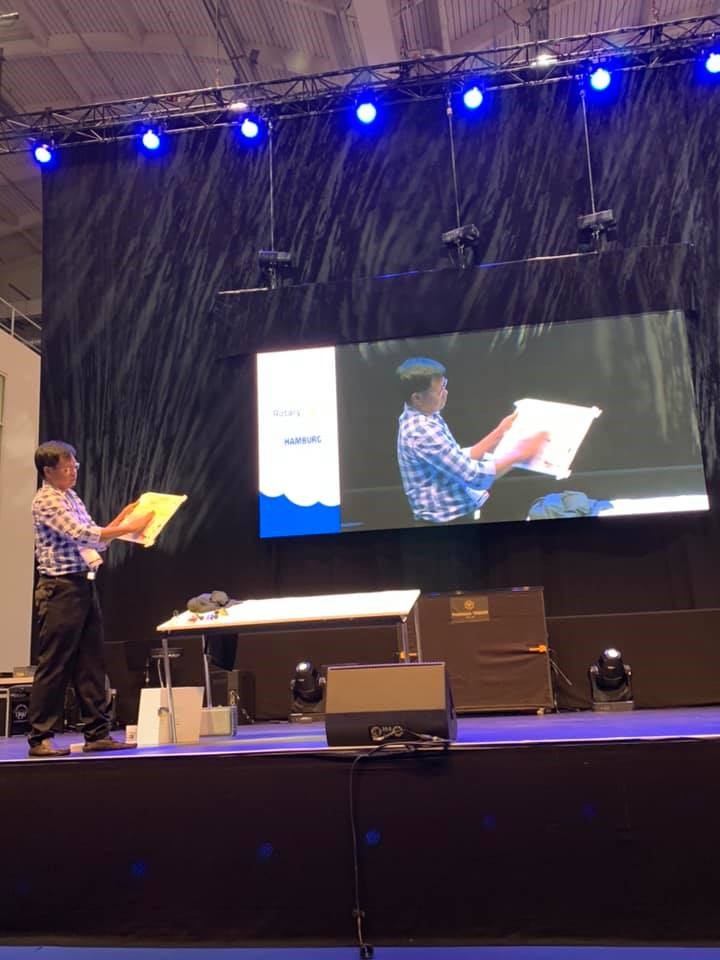 Filipino artist Elito Circa more popularly known as “Amang Pintor” in the Philippines wowed an international audience at the Friendship House of the Rotary International Convention held at Hamburg Messe on 02 June 2019.

Mr. Circa, demonstrated his hand painting skills using acrylic paint on canvass all created in time with several pieces of music ranging from the Filipino classic “Sarungbanggi” and popular rock music. After 3 songs and just a little over 15 minutes, Mr. Circa created 6 works which he donated to the Rotary International for auction. Mr. Circa’s demonstration was witnessed by Philippine Ambassador-designate Theresa Dizon-De Vega and Filipino community leaders from different parts of Germany.

Mr Circa who is also an active Rotarian and former District President, did a similar hand painting demonstration at the Philippine Embassy on 31 May 2019 which was posted live on Facebook by Ambassador Theresa Dizon-De Vega. The live demonstration has already racked up over 1,800 views. 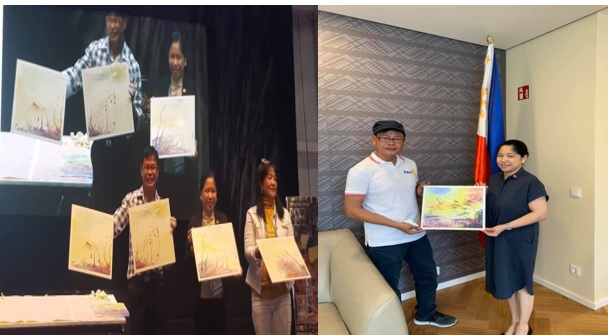